The 150th celebrations of the Victorian Artists Society coincides with the completion of a major $2.5 million heritage restoration of the Heritage Victoria National Trust Listed building over the past four years by the Society under the guidance of its current President, Eileen Mackley AM.

The Honourable Linda Dessau AC, Governor of Victoria, and Mr Anthony Howard AM QC will tour the restored building including the original historic art studio built in 1875, which was incorporated into the existing building and also the historic galleries that launched the careers of artists including Tom Roberts, Arthur Streeton, Frederick McCubbin and Walter Withers in the early days.

Australia’s famous soprano, Dame Nellie Melba associated herself closely with the Victorian Artists Society. From 1915 until her death in 1931, Melba taught classes regularly and enlivened Albert Street with her vitality and glorious voice. Her students trained in the now Cato Gallery on the lower floor and made their singing debut in the upper Hammond Gallery where there is a stage and piano. 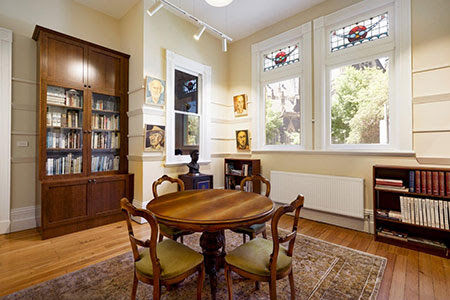 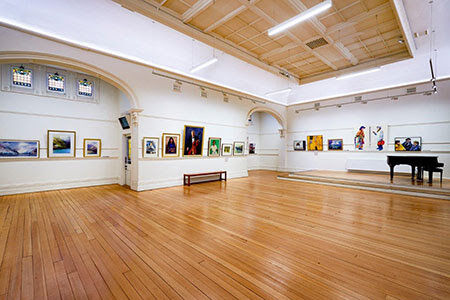 The Hammond Gallery in 2020 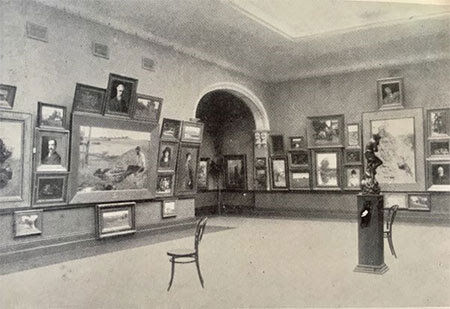 The Hammond Gallery above in 1893