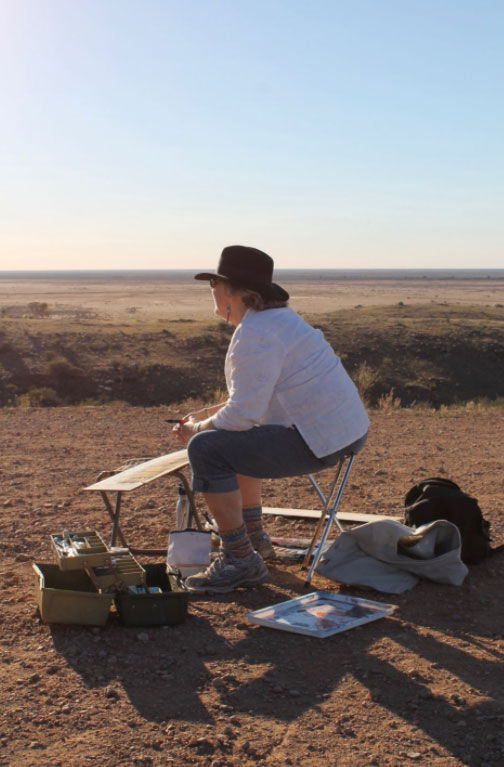 Louise Foletta has been painting and exhibiting her works for many years and has accumulated a body of work that has earned awards and acclamation.

Louise's work is grounded in the experience of the landscape itself. Some of the works are conceived and completed at the scene, and reflect the immediacy of that experience. What is attempted is not only the impressionistic rendering of a lively, light-modulated surface, but also a transition of the inner response to the land onto the paper. The paintings owe less to the retina than to the soul. That is why the more modernist preoccupations with the inherent values of colour, texture, surface and design inform Louise's work so consistently.

In a trip to the Balranald area, Louise's overwhelming response was to the way that the drought affects both the aesthetics and the utility of Australia's marginal lands. The drought simplifies the images and exposes the earth and thereby shows the textures of the land which is usually covered with vegetation. With a minimalist subject, the problems of creating space and moving the viewer through the picture plane become the challenges. To convey a sense of place with minimal subject matter means that the paint qualities also become the subject of the work. Louise's paintings show influence of the colourfield paintings of the late 1960s and early 1970s, however the artist has taken these ideas further, developing a greater sensibility to colour in the context of landscape.

Drought heightens the colour and tension in the landscape. The land's fragile and ancient nature becomes particularly apparent and relevant when we are in farmed country. During a period of drought, the political nature of management and allocation of water intensifies. Louise's paintings represent and implicitly comment on the issues associated with the politics of water.

The images selected below are from up on the hillside where the inspiration and materials for the 'Recurring Image, Fire' were acquired. This particular hillside is very precious to Louise and has been a focus of her works over the years. 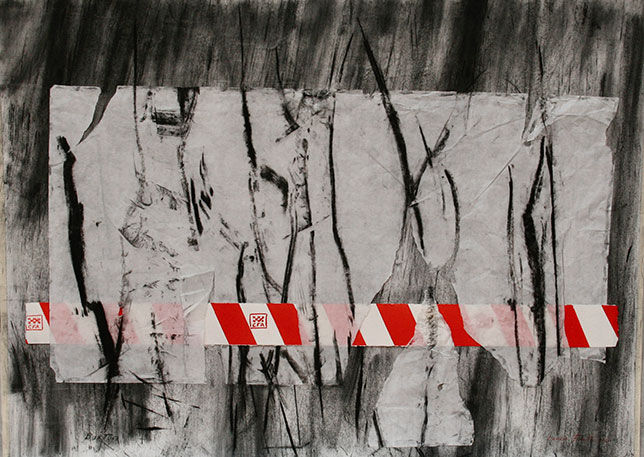 Louise was presented with the Highly Commended Award for this artwork at the official opening of the
VAS George Hicks Foundation Contemporary Exhibition 2021. 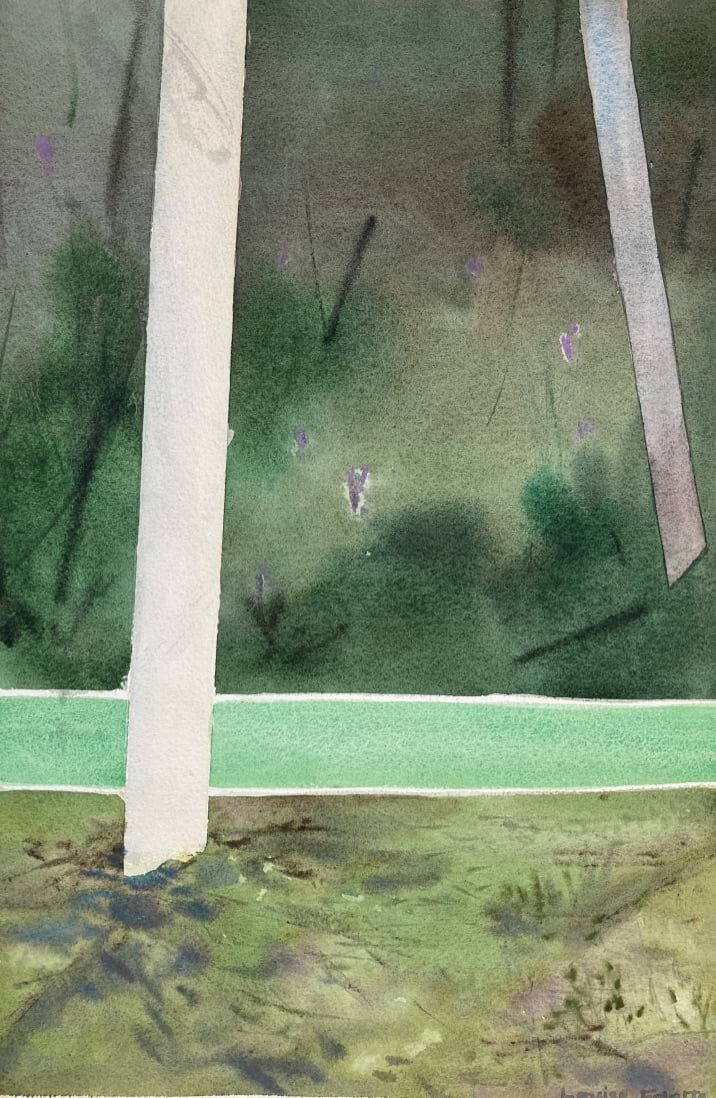 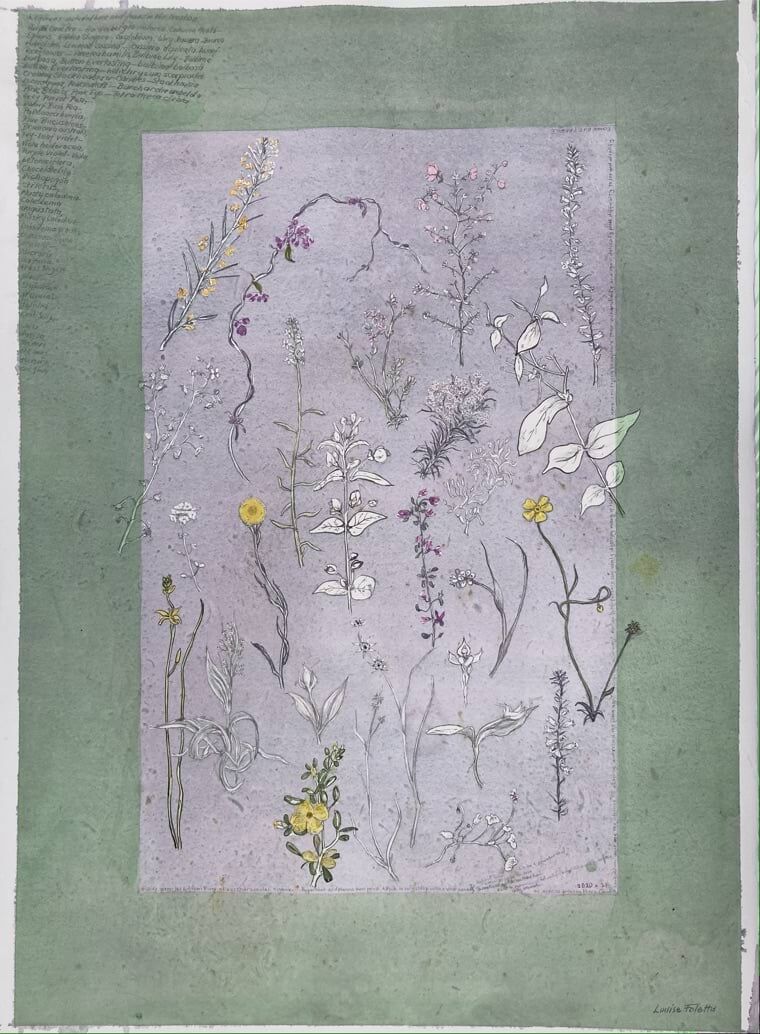 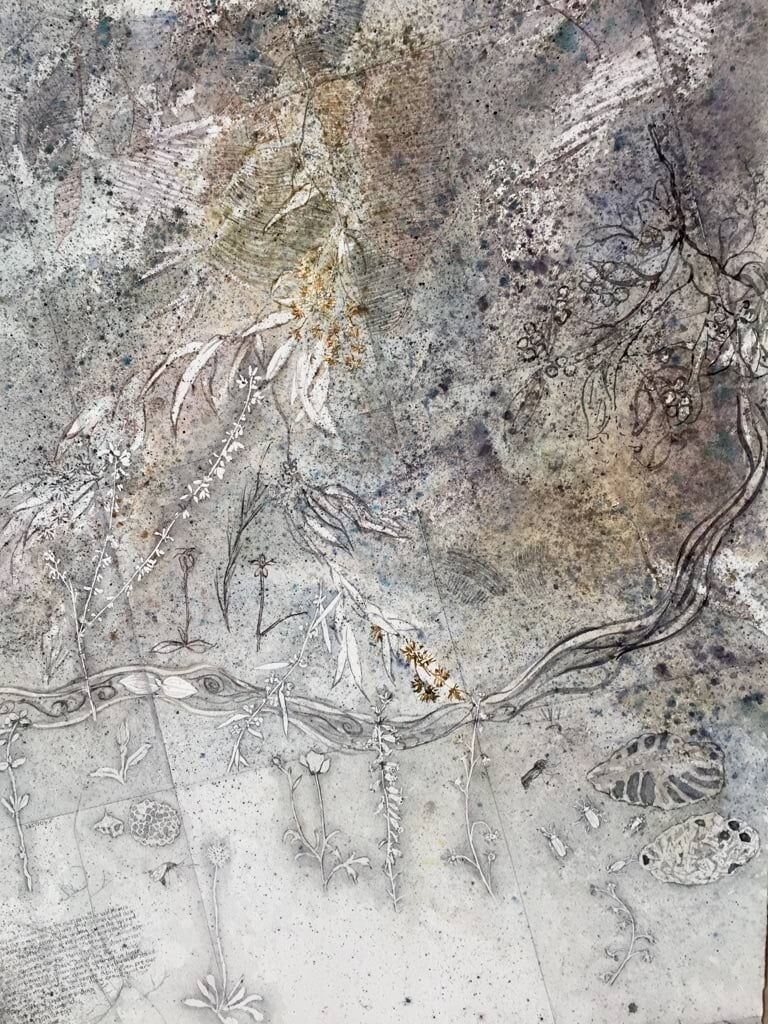 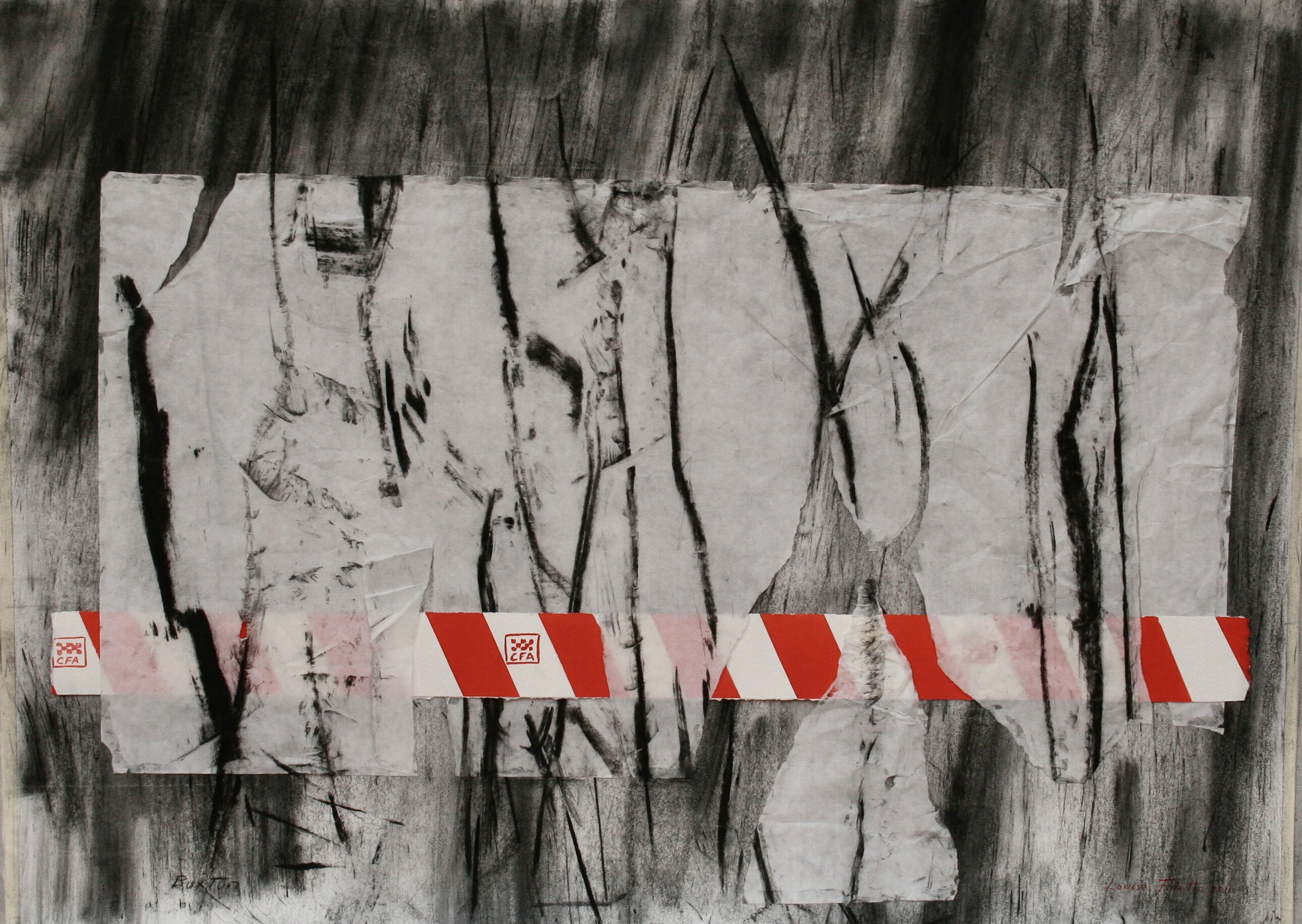 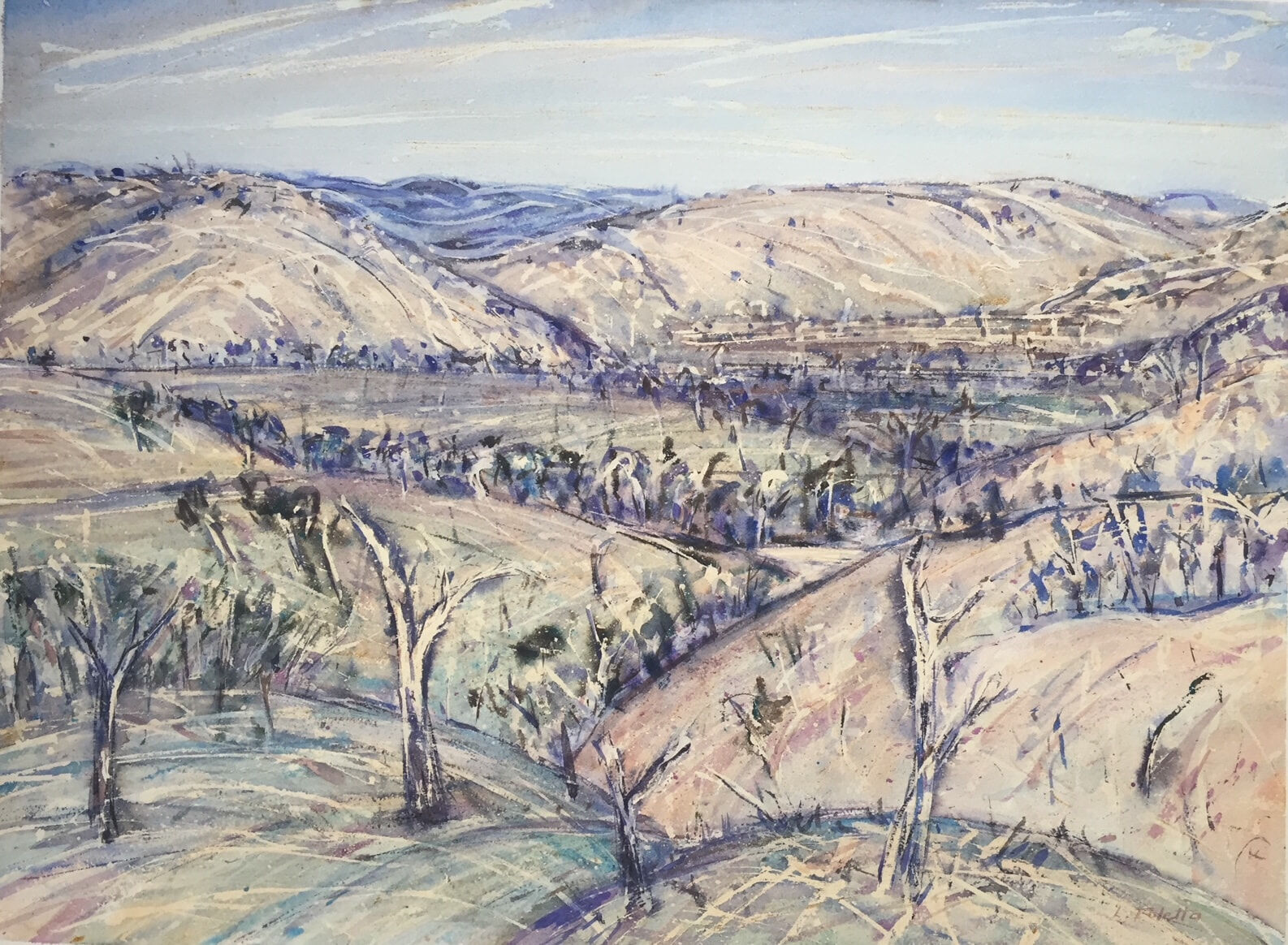 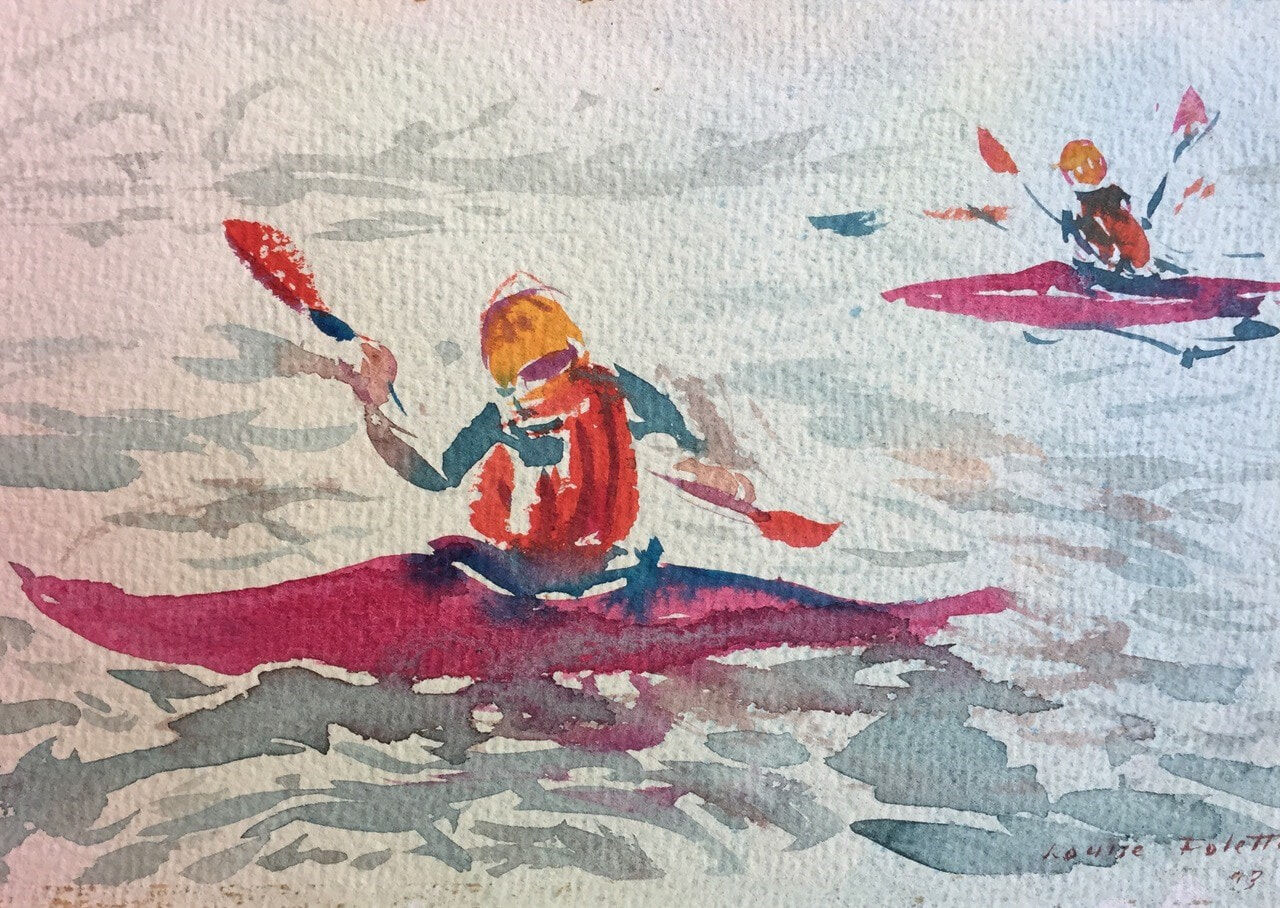 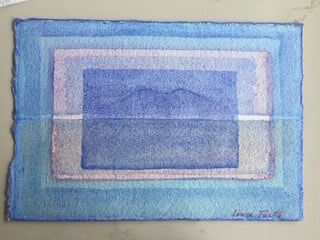