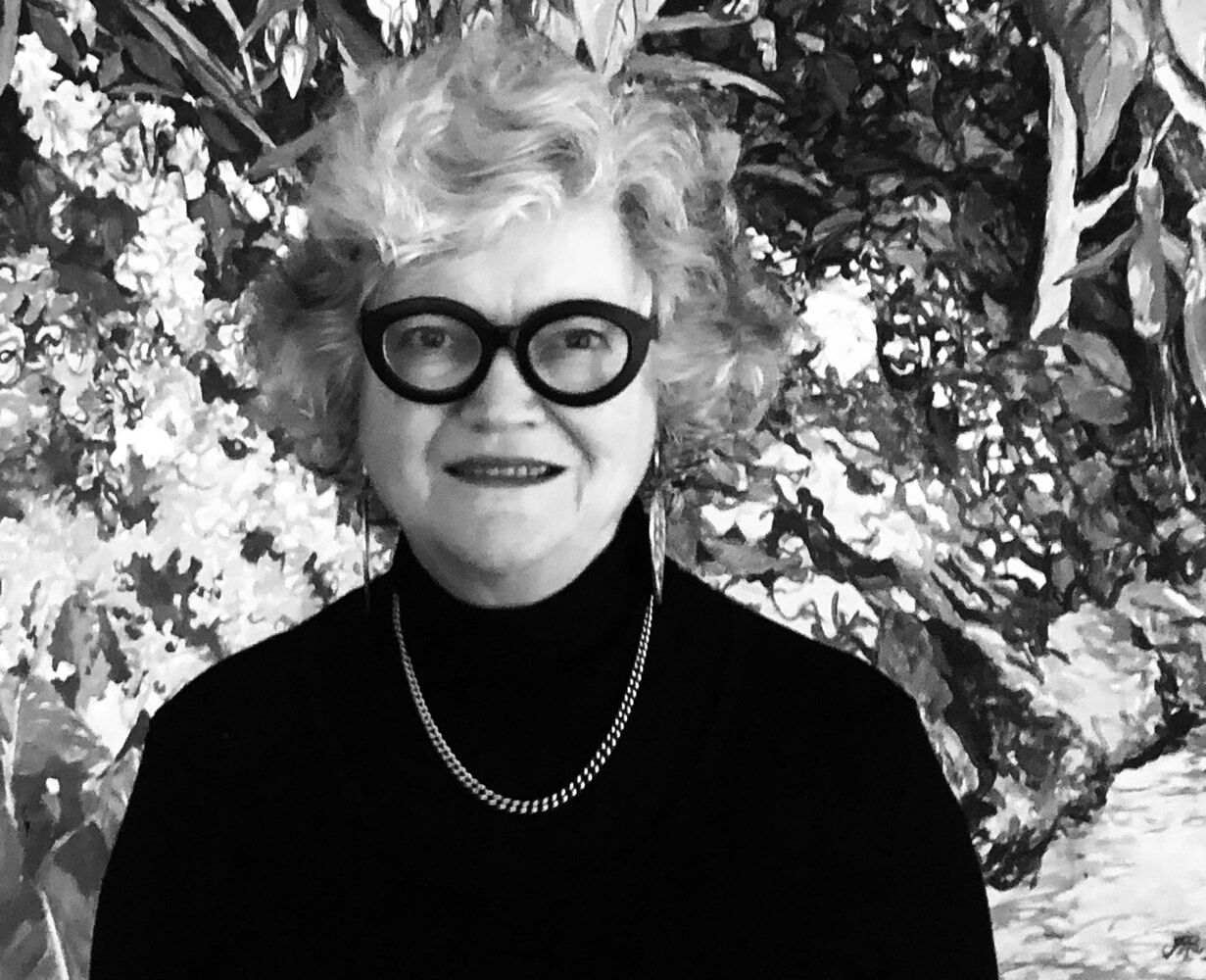 Born in Ballarat, Jo studied at Melbourne State College, majoring in painting under AW Harding. Her long, full-time art teaching career culminated in coordinating art at Canterbury Girls’ Secondary College for two decades. Her students’ works were highly regarded and regularly featured in VCE Top Arts and other state-wide exhibitions. Canterbury Girls’ VCE art results were also consistently among the top in the State. Jo resigned ten years ago to focus on her own painting.

After this break, Jo is now enjoying the opportunity to work with adults. As with her former secondary students, Jo aims to facilitate her Victorian Artists Society students in the development of their individual styles by enabling them to focus on areas of personal interest. Students will be encouraged to maintain visual diaries for the trialling of compositional designs, sketching, colour mixing and problem solving as well as for collecting images and articles as potential resources.

A list of suggested subjects may provide the catalyst for their exploration. Students can work in a range of sizes and media. This will maximize their enjoyment as they gain confidence and skills. Individual help will be given to resolve problems and to ensure the quality of the finished works.

You can see more of her work on her website.

Jo Reitze has an Exhibition titled 'Celebrating Life in Gouache, Oil and Pen' with her larger works in the VAS Hammond, McCubbin and Frater Galleries from 1 July–13 July 2021. 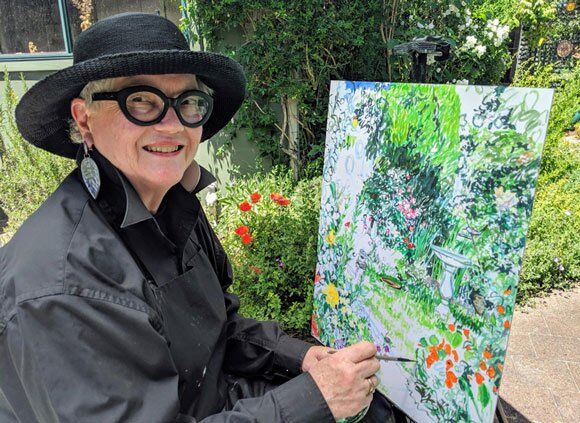 Fifty years since joining the Victorian Artists Society my retrospective exhibition, Jo Reitze 'Celebrating Life in Gouache, Oil & Pen', 1–13 July 2021 coincides with this milestone.
I would love you and your friends to view the evolution of my work. All welcome! 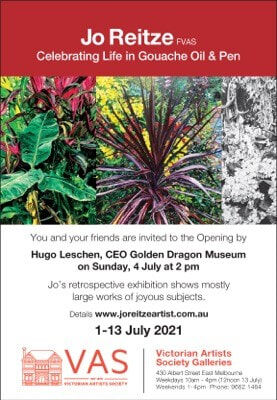 'I have always painted, encouraged at school by my Art Teacher, Katy Hemley and facilitated by my College Lecturer, Bill Harding. Early success in country art shows enticed me to set goals and maintain my practice while teaching full time. Overseas travel and study at the Paris American Academy in 1979 revitalised me for my return to Melbourne to teach, paint and engage with artists. I was a VAS Council Member from 1981–1989, until my husband’s devastating car accident. Concurrently, I was gaining prominence with several prizes and acquisitions for Civic Collections including the City of Melbourne following my VAS Lord Mayor’s Prize.

Until recently I worked outside for all but small works. In the early 80s, in inclement weather, without a studio and the urgent need for a new painting, I discovered I could paint my garden from the back porch. There I discovered colour and was hooked. From then garden and flower paintings dominated my oeuvre. Later, after house extensions, such immortalised paintings became the catalyst for Jo Reitze paints your Garden, where I paint gardens on commission. Like Monet, I often depict the same scene in different seasons. In 1988, I was fortunate to paint at Giverny. These were among my first paintings in gouache. Since, I have used this medium alongside my oils. Over the years I have used smaller brushes and in 2010, I also started drawing in fine-liners and markers.

Throughout my life I have painted dynamic, coastal impressions at Ocean Grove, mostly in school holidays. Last year the ‘Windswept Trees’ at Ocean Grove beach became my ISO Project. Far from the sea, I recreated these remarkable, resilient trees in paint and pen.

My Art teaching career culminated in twenty years Coordinating Art at Canterbury Girls’ Secondary College. Since retiring early 2007, I have painted numerous gardens including twenty for Surrey Hills Neighbourhood Centre (SHNC) ‘Beyond the Garden Wall’ Project, and many as Artist in Residence at Cloudehill or commissions. I was President of the Melbourne Society of Women Painters and Sculptors (MSWPS), and am a committee member. Exhibitions include ‘Sea Air’ at Geelong Gallery 2009 and ‘The Artist’s Garden’ 2013 as invited artist at Whitehorse Artspace.

I have been the recipient of several prizes including twice for MSWPS awards, Best in Shows at Ocean Grove and Bacchus Marsh as well as numerous commendations and shortlisting in selected exhibitions.

I am thrilled to be a Finalist in the prestigious 'Geelong Contemporary Art Prize 2021’—one of twenty-eight from over six hundred applicants.

See my episode of Put Colour in your Life.

Thanks to all at VAS and others who have been supportive of my artistic endeavours over the decades.' 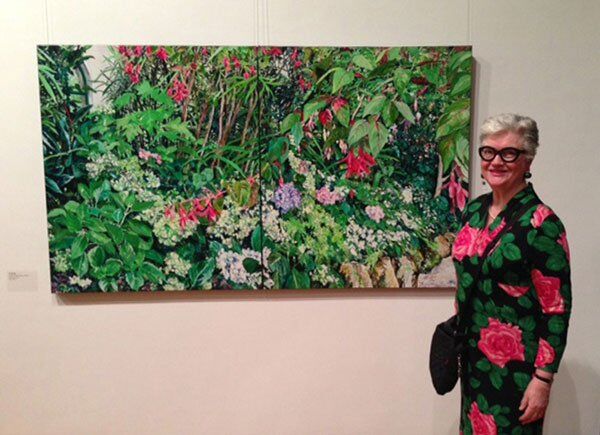 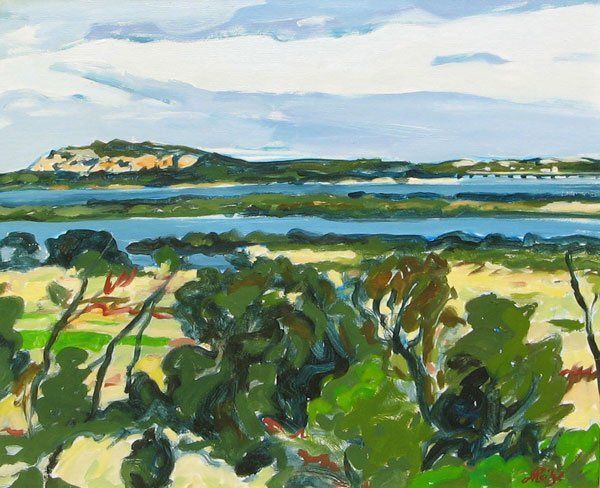 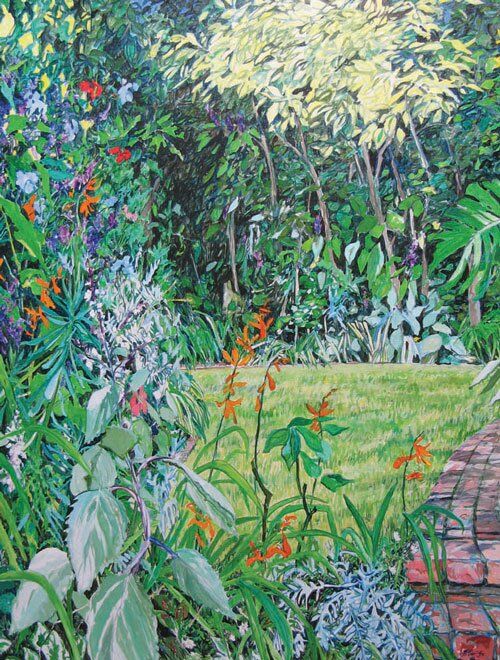 This oil painting of our back garden has won Best in Show at both Ocean Grove and Bacchus Marsh Rotary Art Shows. 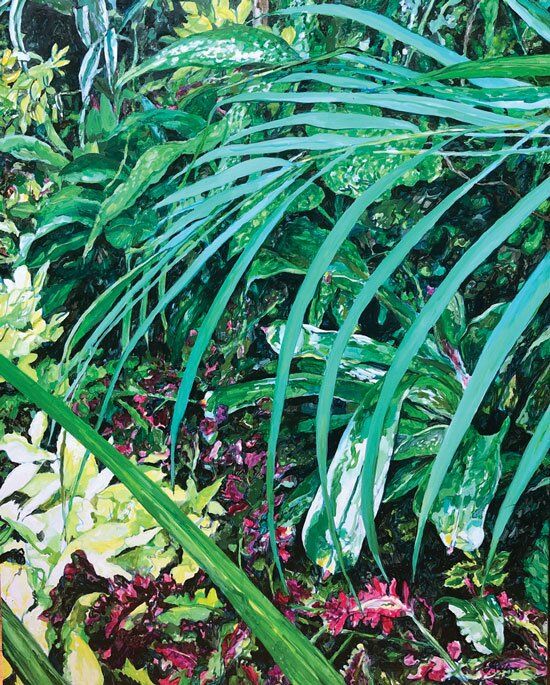 28 Finalists selected from over 600 applicants 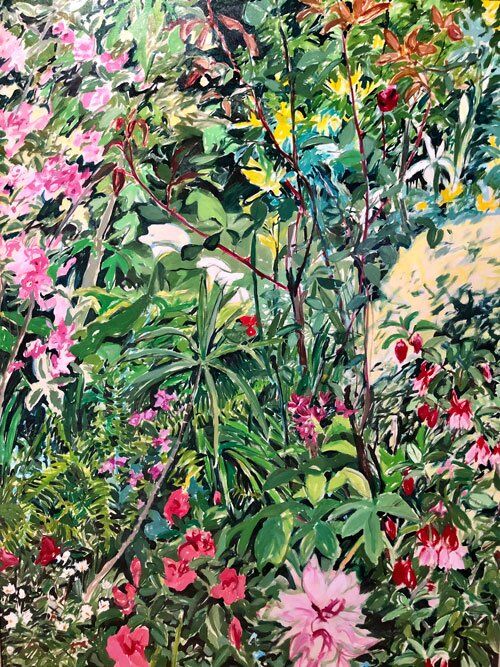 This is one of the drawings and paintings I completed as my ISO project last year.
The resilience of these windswept trees at Ocean Grove seemed pertinent as they bent to survive the gales and sea breezes. 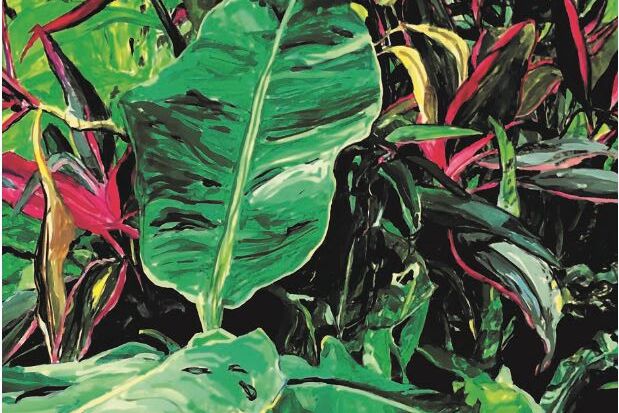 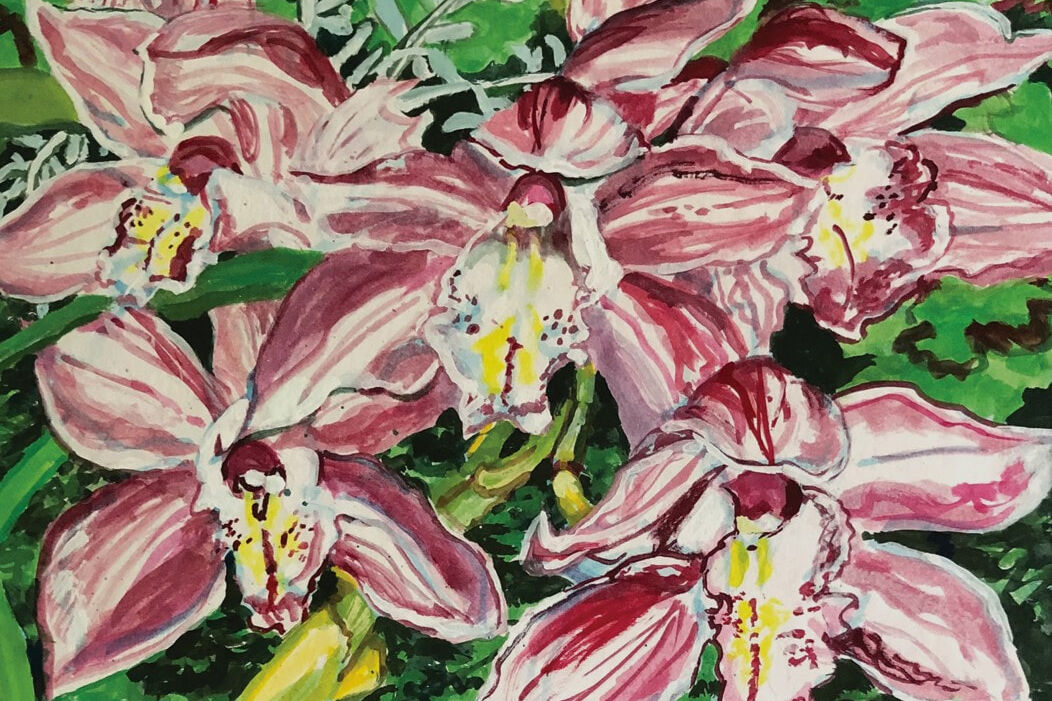 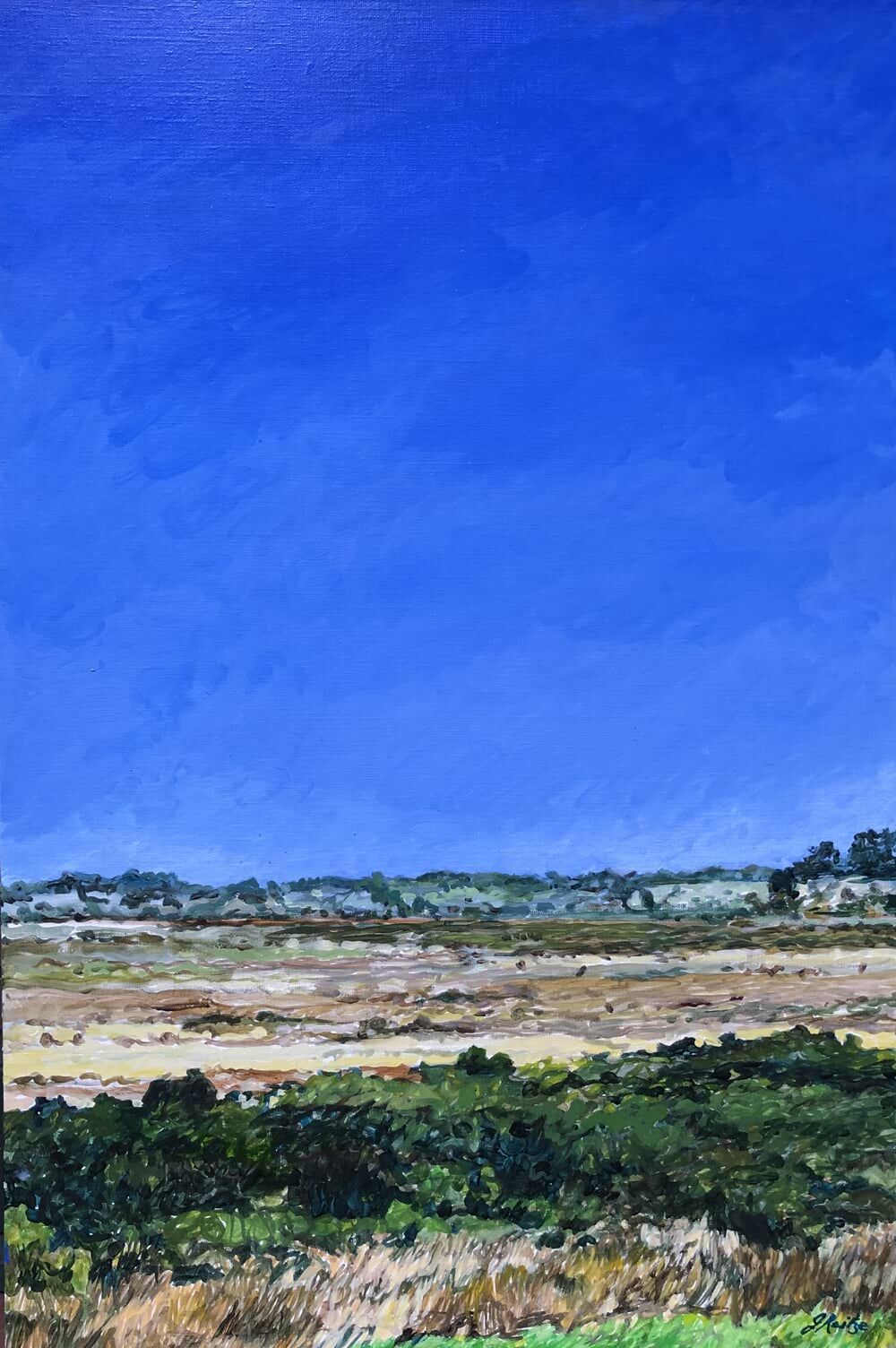 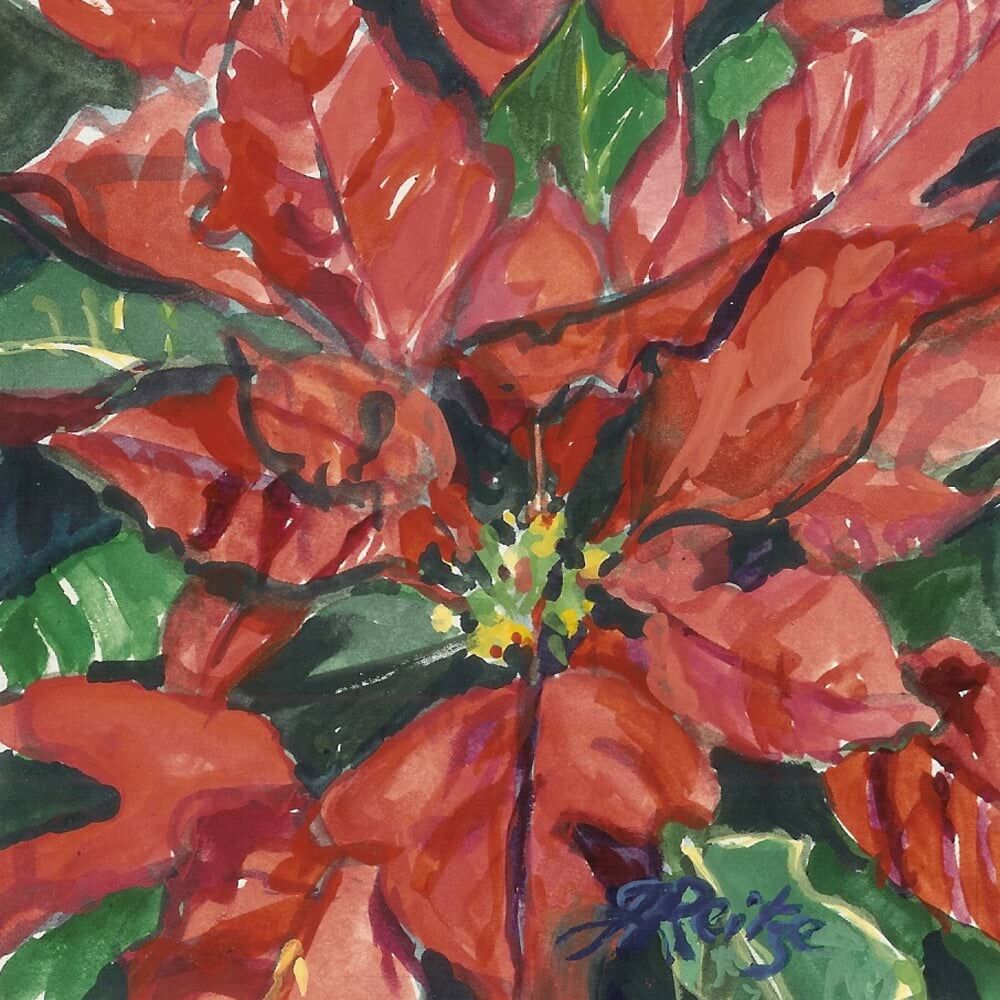 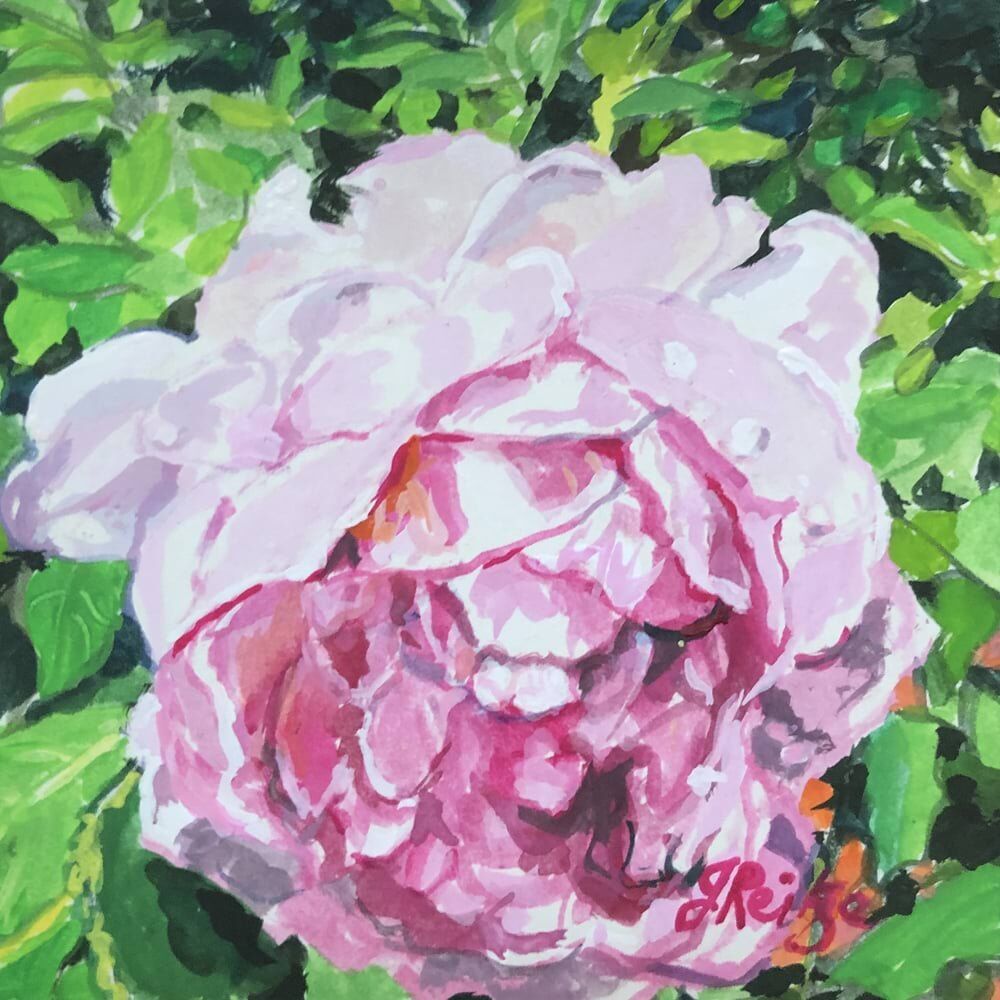 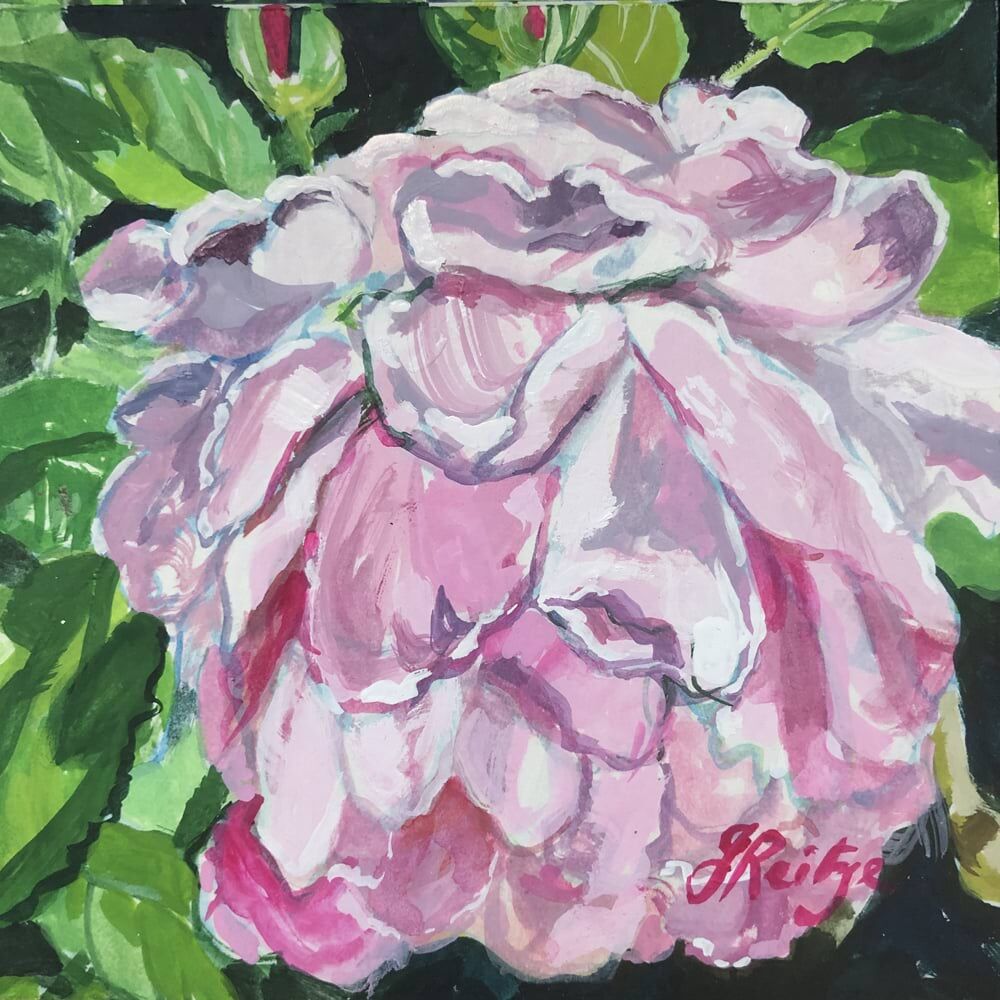 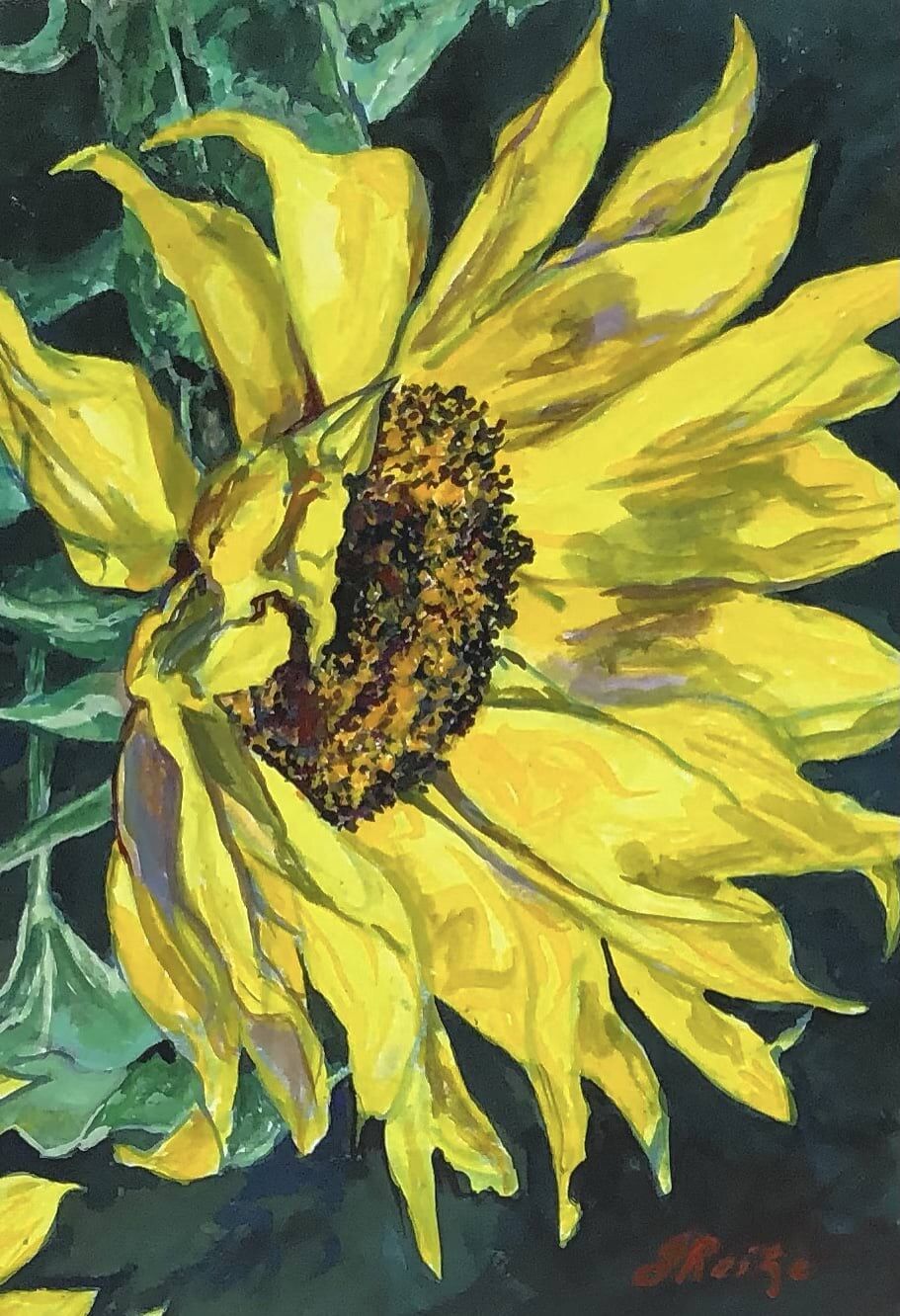 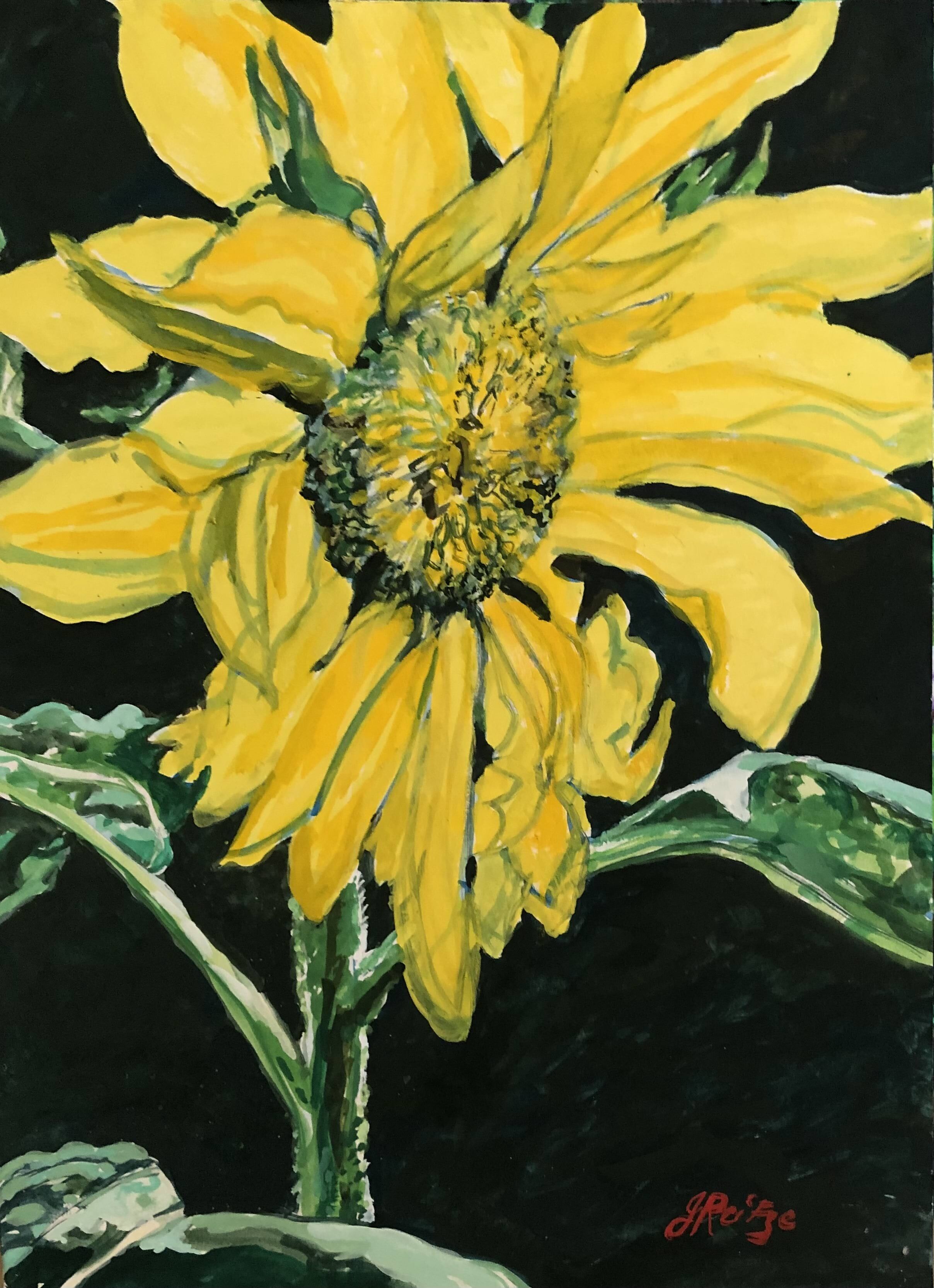 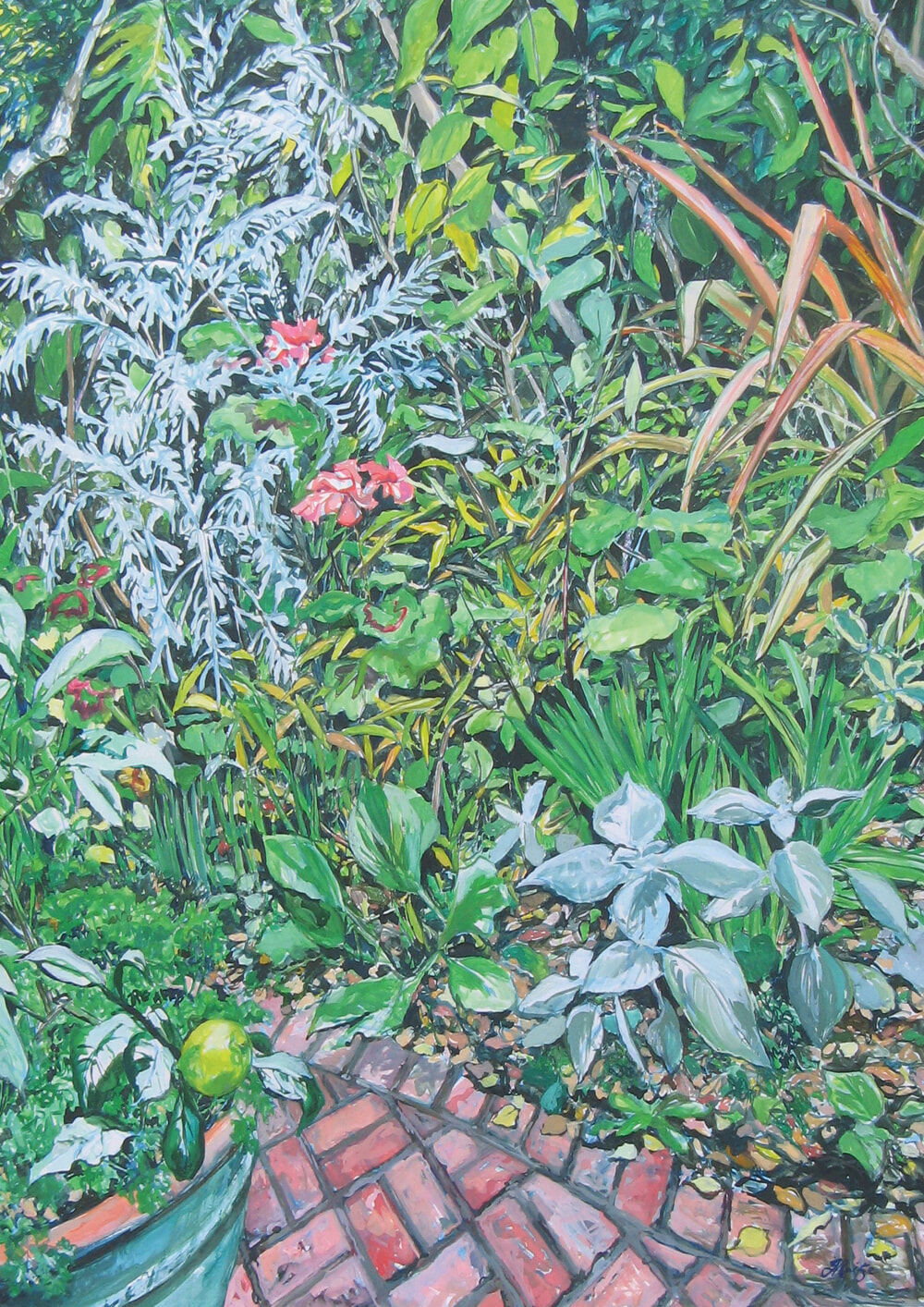 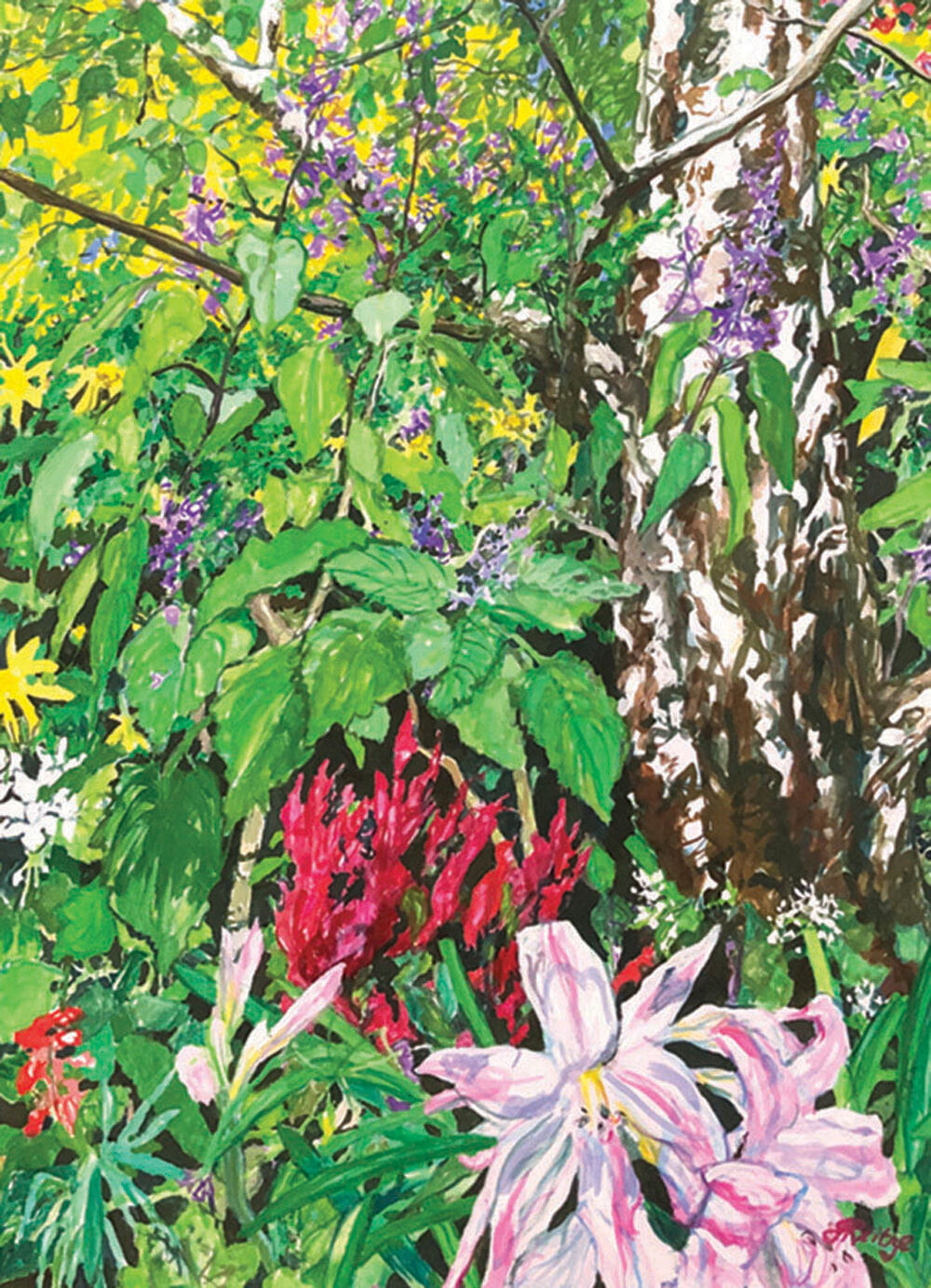 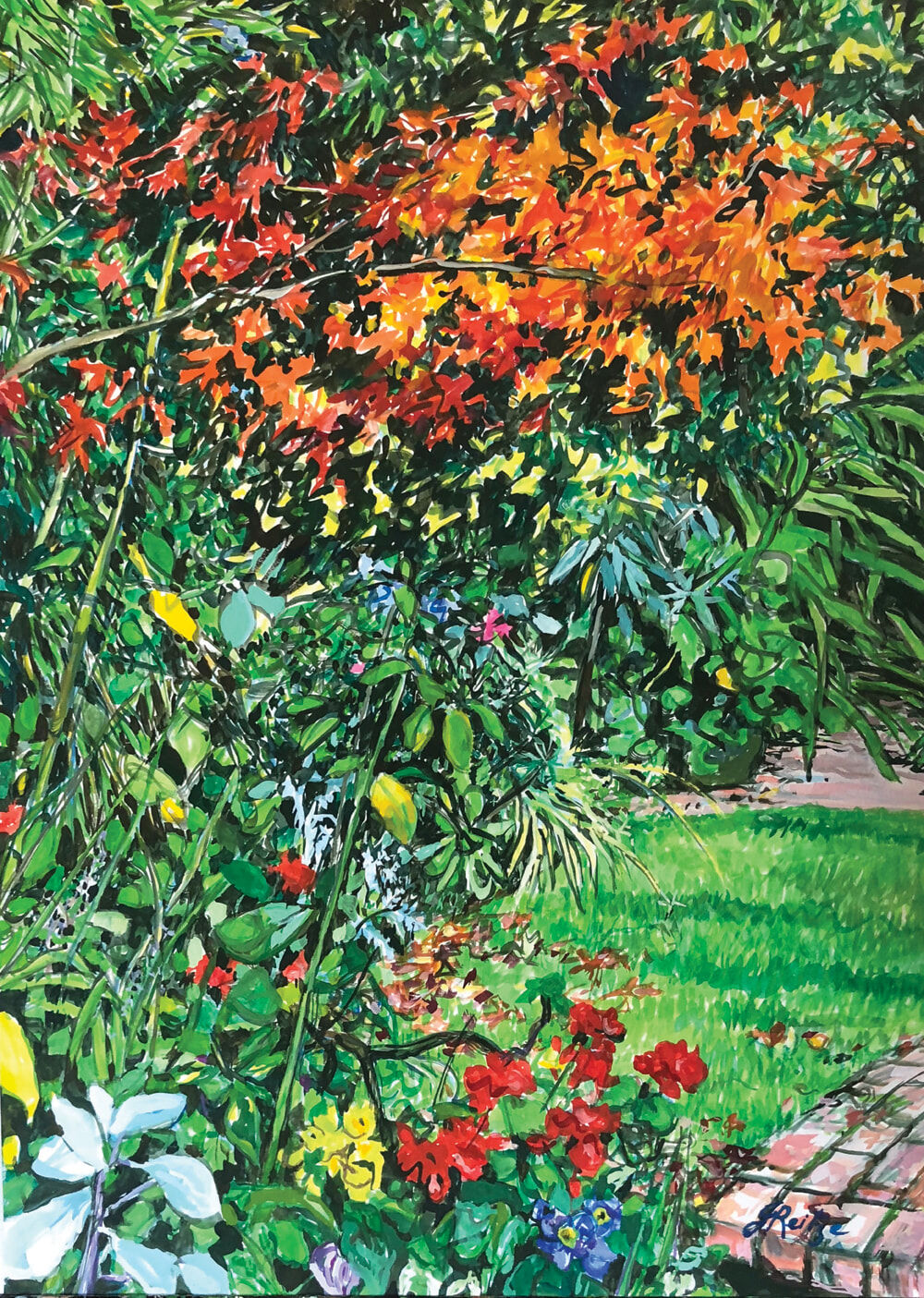 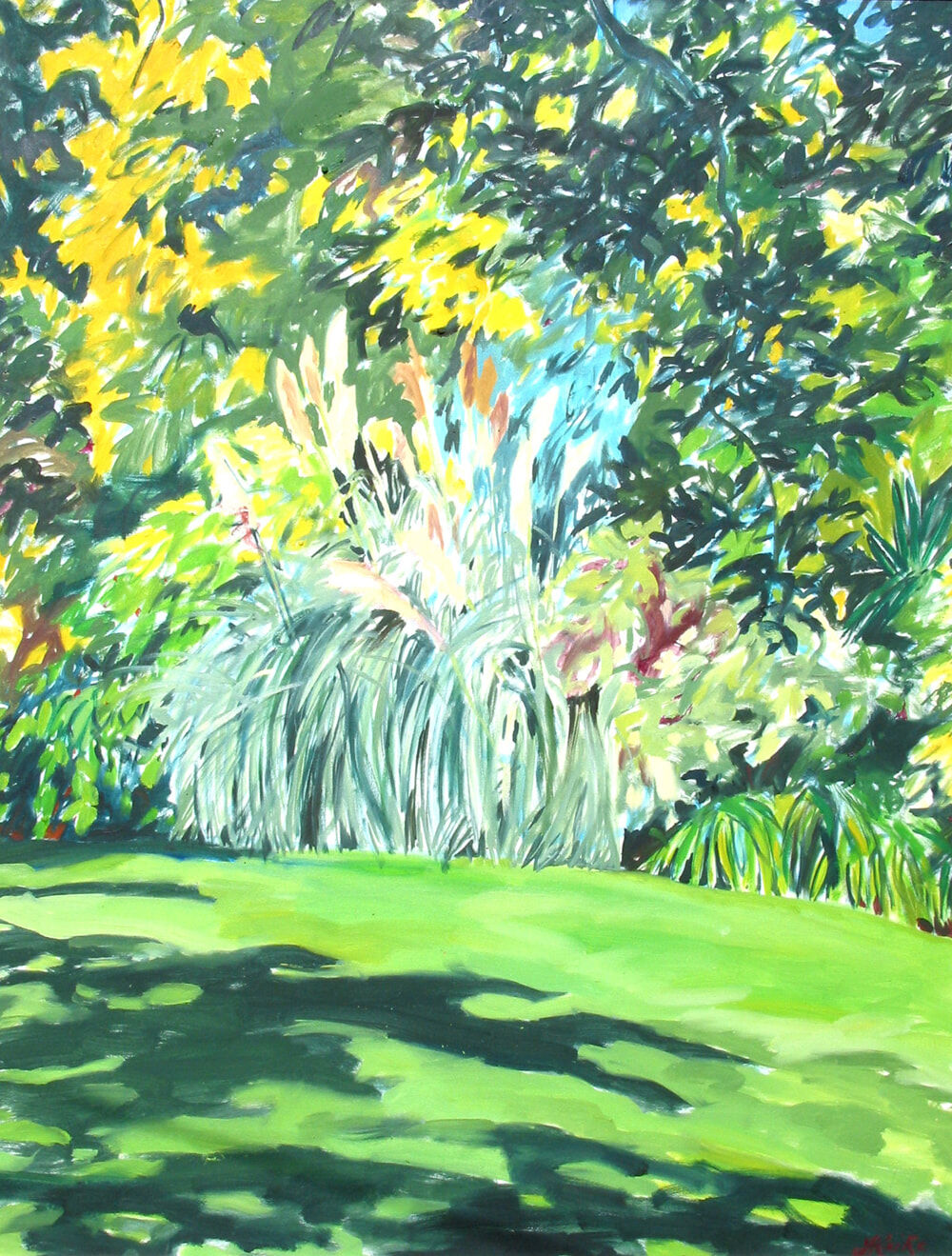 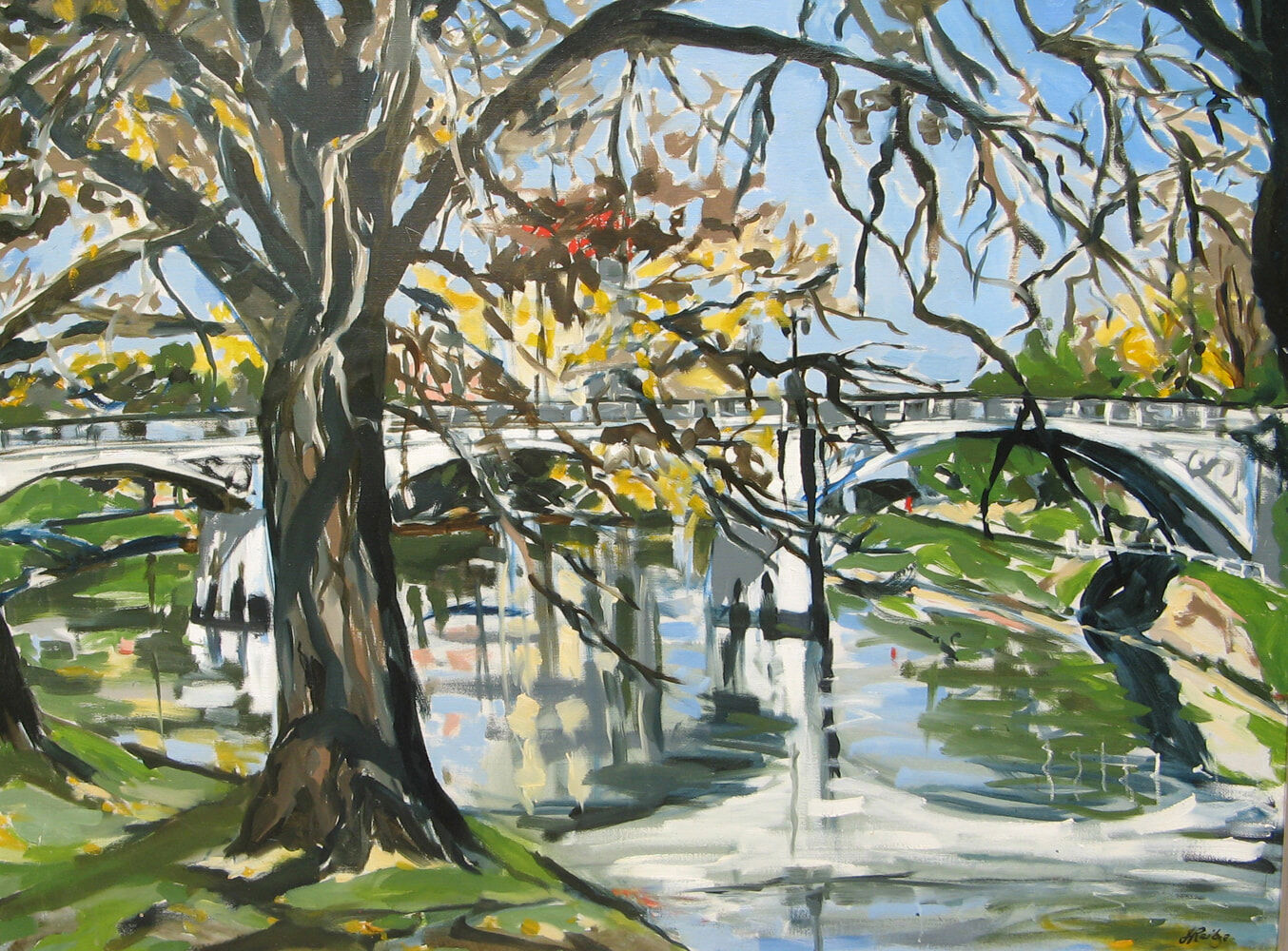 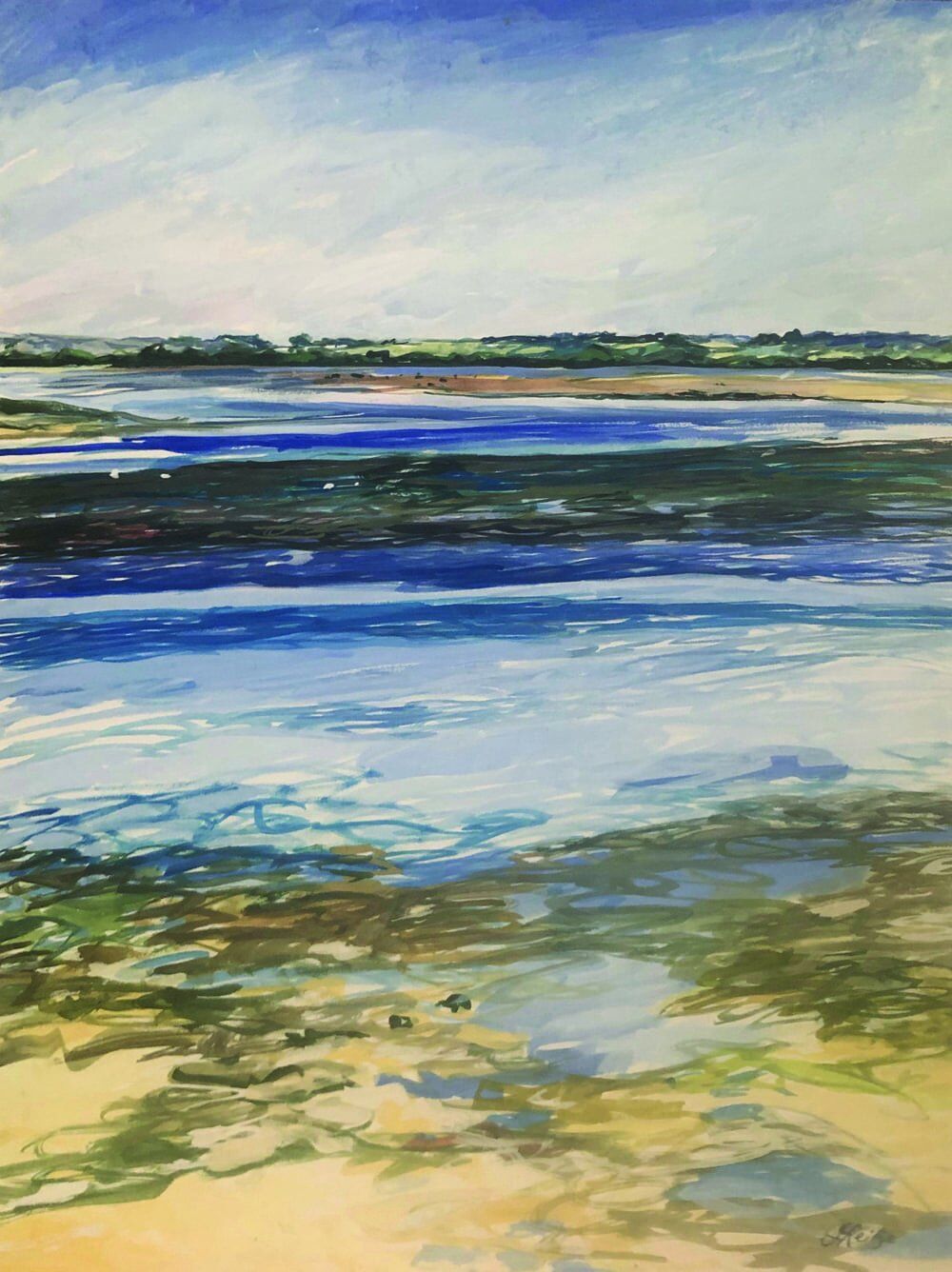 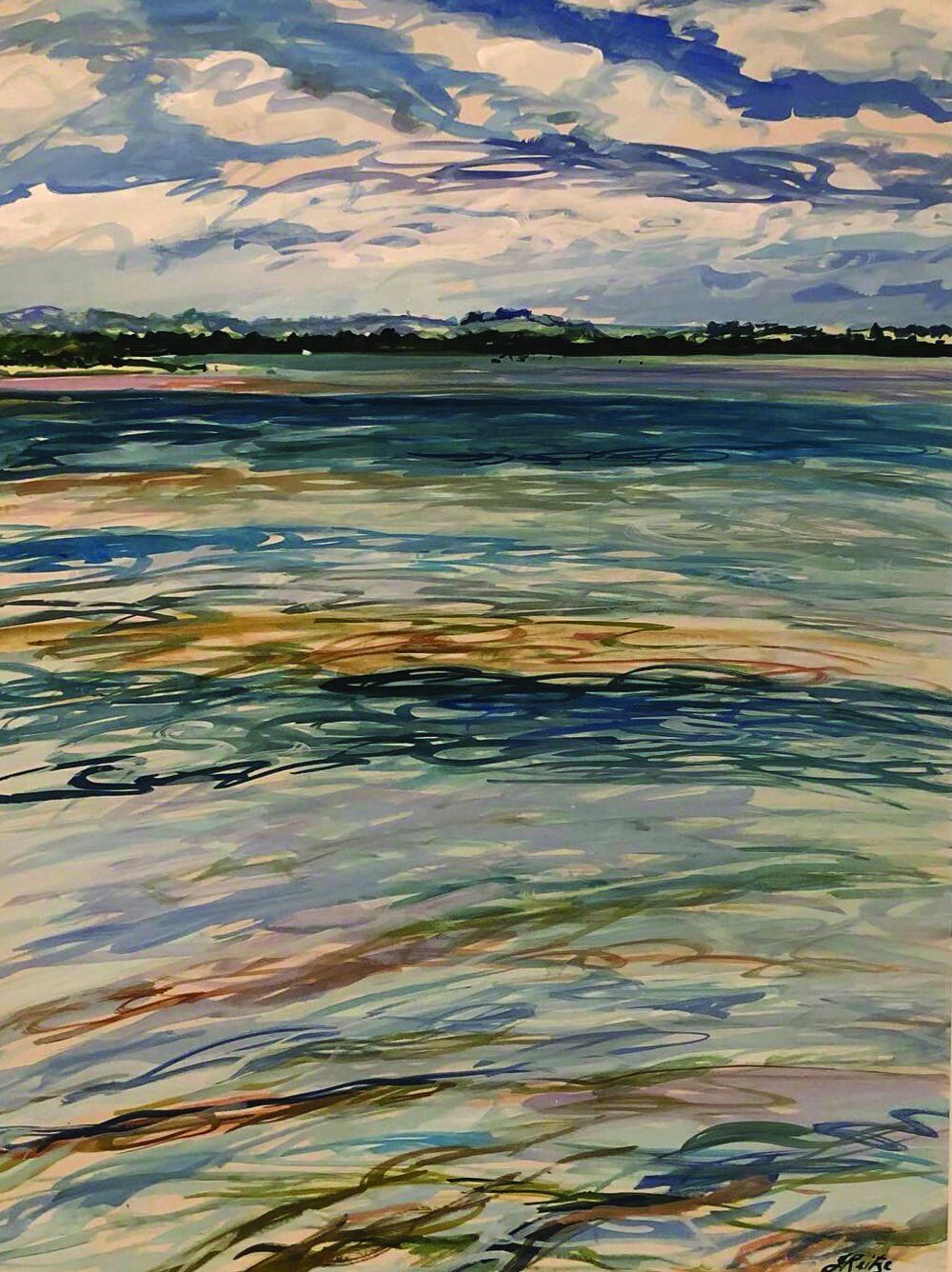 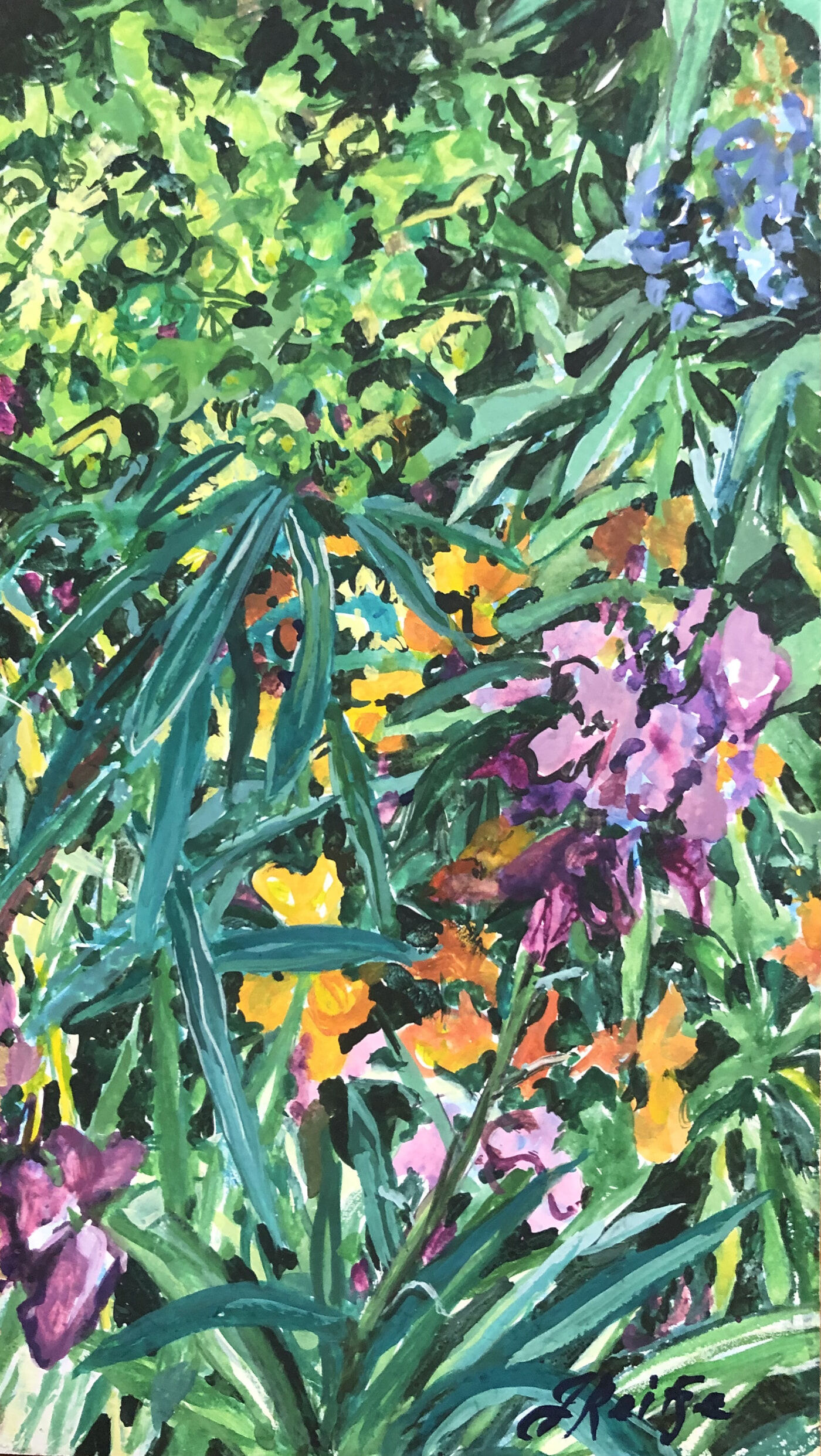 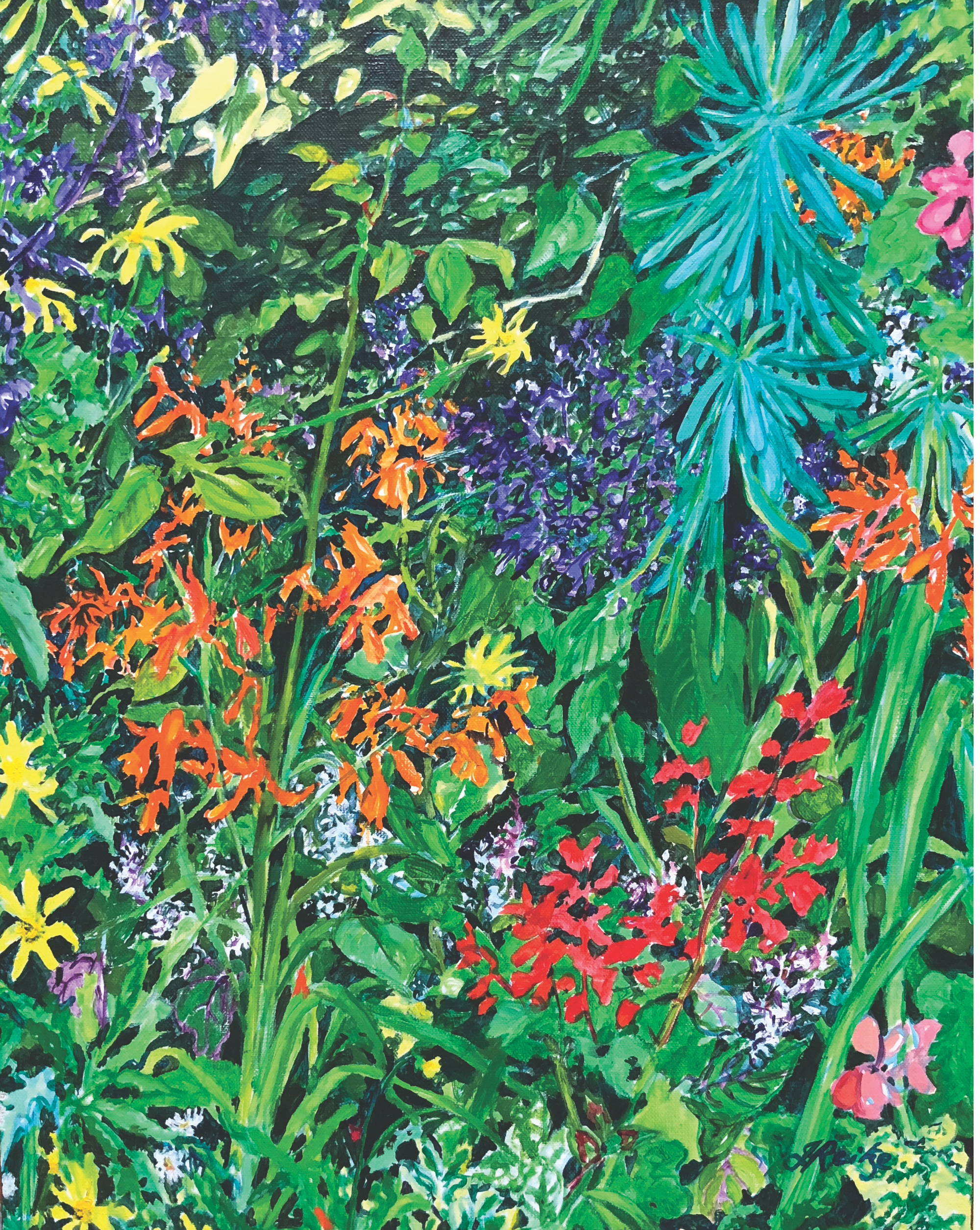 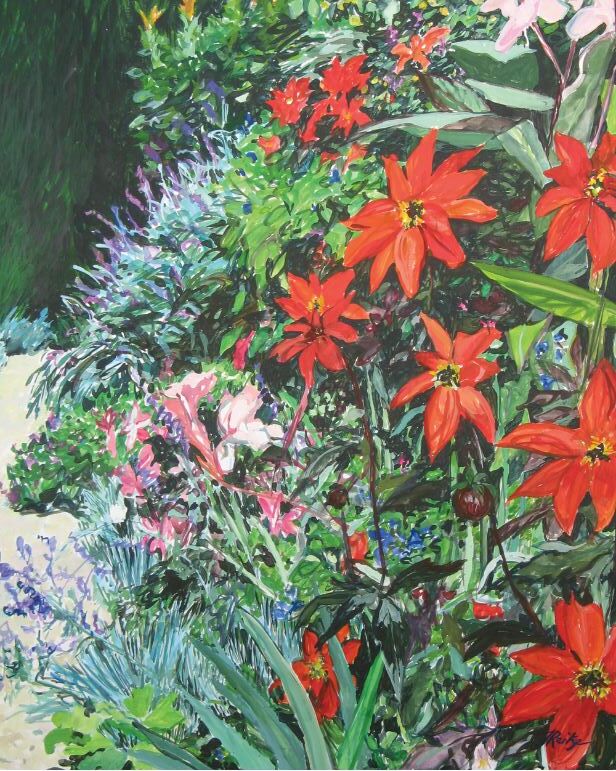 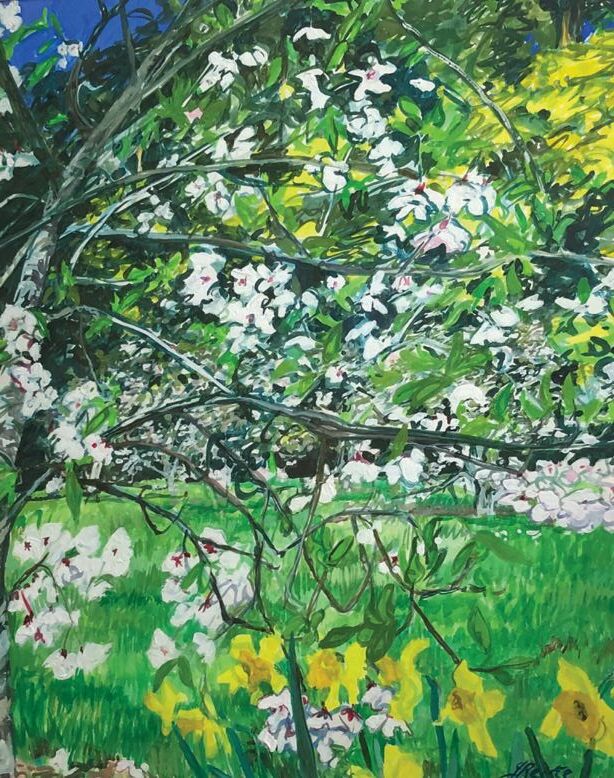 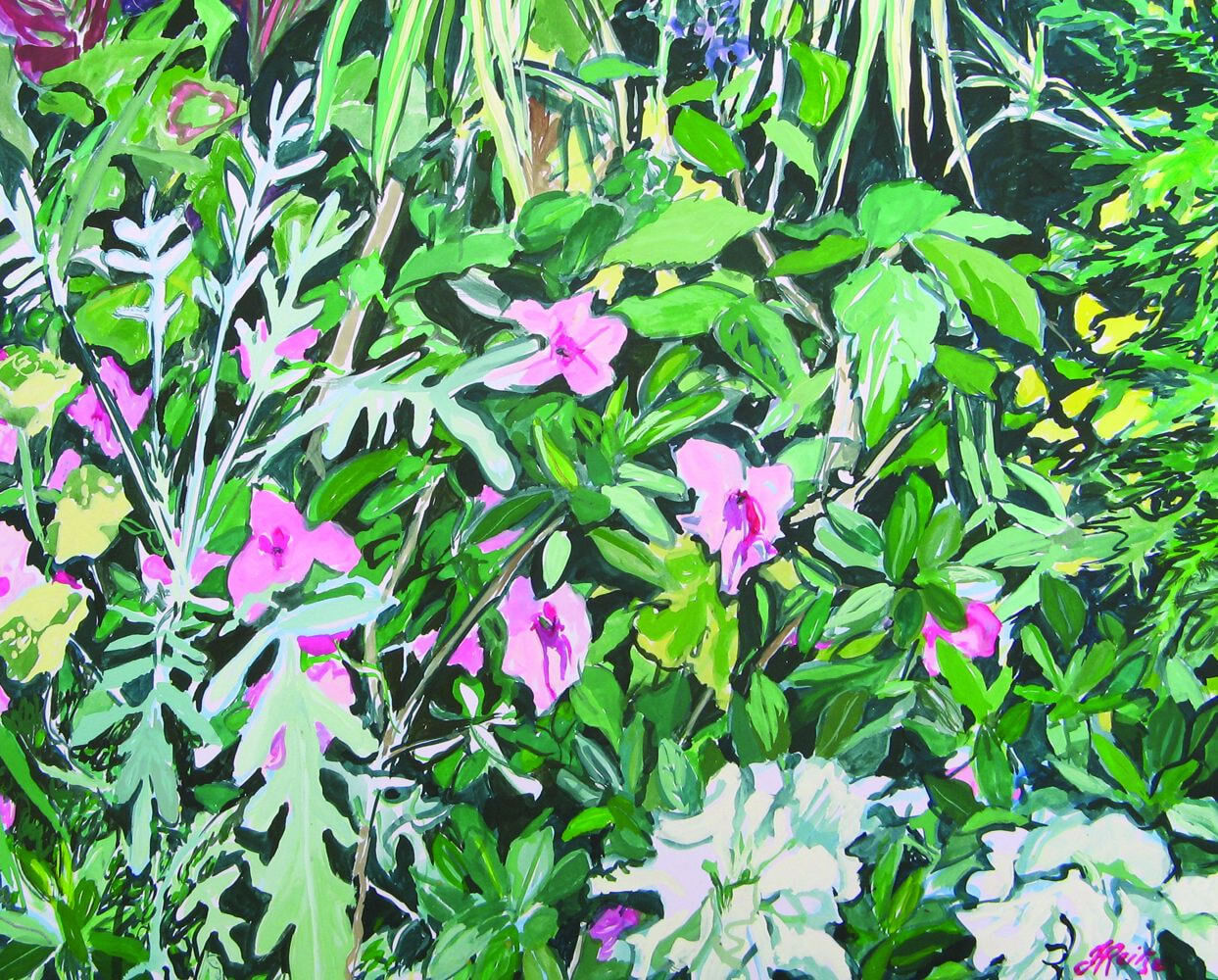