The 'Edward Heffernan Memorial Drawing Prize' is awarded in honour of Edward Heffernan, past president of VAS from 1977 to 1980. He served on the VAS Council for 12 years and was also awarded the Distinguished VAS Service Award, Honorary life Membership, VAS Fellowship and the Order of Australia Medal for his services to Arts.

This exhibition is made possible through a bequest from the estate of his wife Maree Elizabeth Heffernan, who was the proprietor of the Gordon Edgerton Gallery and assisted Edward with editing the Victorian Artists Society’s Journal.

Edward Heffernan was born in Melbourne in 1912, and, after secondary education at Scotch College, Melbourne, enrolled in the diploma course of painting at the National Gallery School, Melbourne. He was 15 years of age. After a year at the Gallery School he went to Swinburne Technical College to do a course in commercial art. He remained there for 2 years before returning to the National Gallery and completing the Gallery course under WB McInnes. He sat for the Travelling Scholarship in 1935.

His exhibiting career began at the Victorian Artists Society where he received his first critical reviews at the age of 17 from such eminent and senior artists as Sir Arthur Streeton, Blamire Young, Harold Herbert, and, later, George Bell. Then followed a series of group exhibitions such as the 7 Watercolourists and the Melbourne Art Club. He held his first one man show in 1936, and also completed a series of commissioned portraits during this period.

He began his working life as an Industrial Designer, firstly for Brooks Robinson in the field of lighting design, and later with Myer designing furniture. The war years were spent with the Department of Aircraft Production. The end of the war saw his appointment to the staff of the Royal Melbourne Institute of Technology Art Department, where he was involved in teaching painting, figure drawing, and, later, industrial design. This period saw a series of exhibitions at George Gallery, and his first purchase for the regional Gallery; this purchase by Castlemaine Art Gallery of ‘Portrait of Dorothy’ was recommended by Sir Daryl Lindsey, who was most encouraging to the young artist. 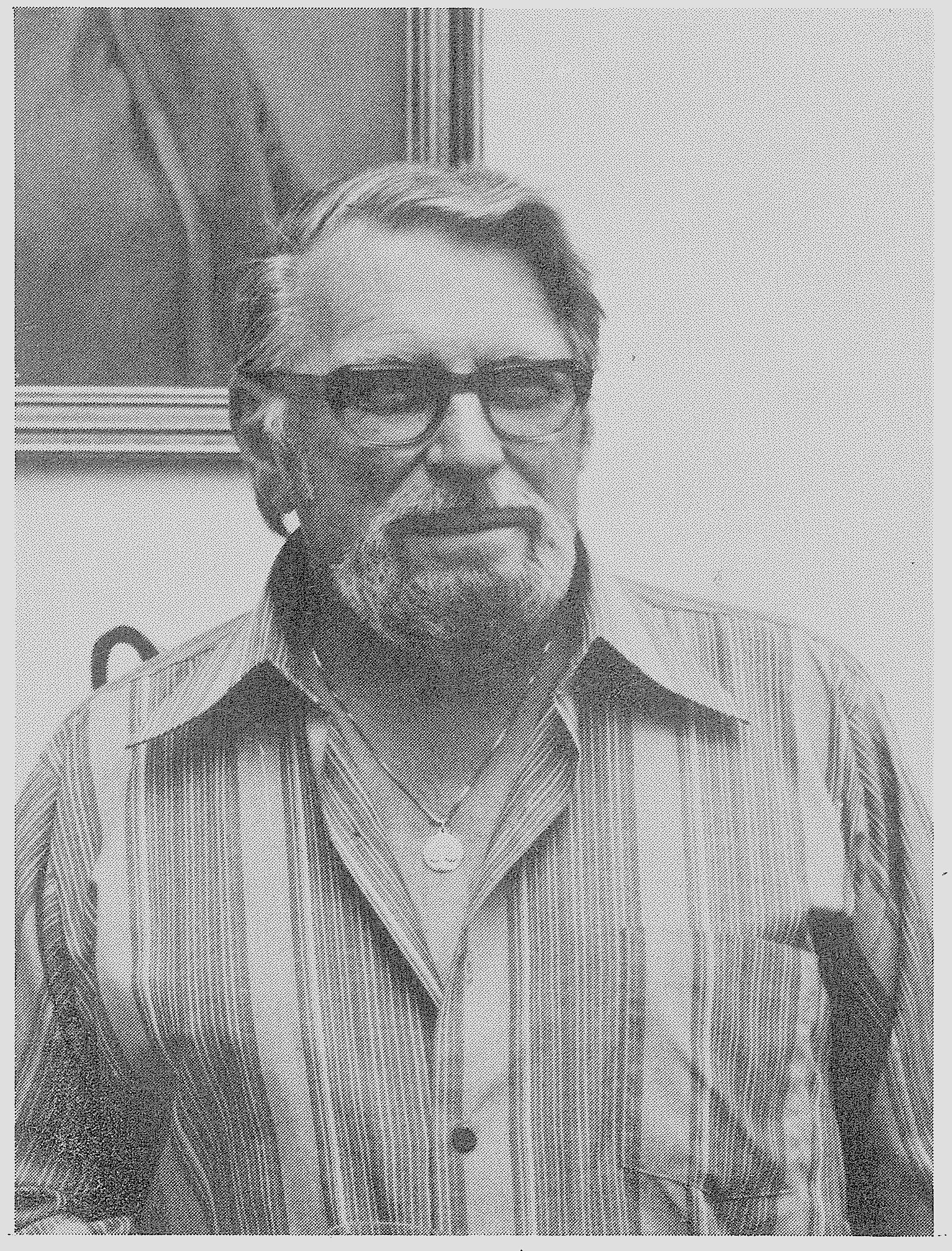 Edward Heffernan in 1978, as the new VAS President 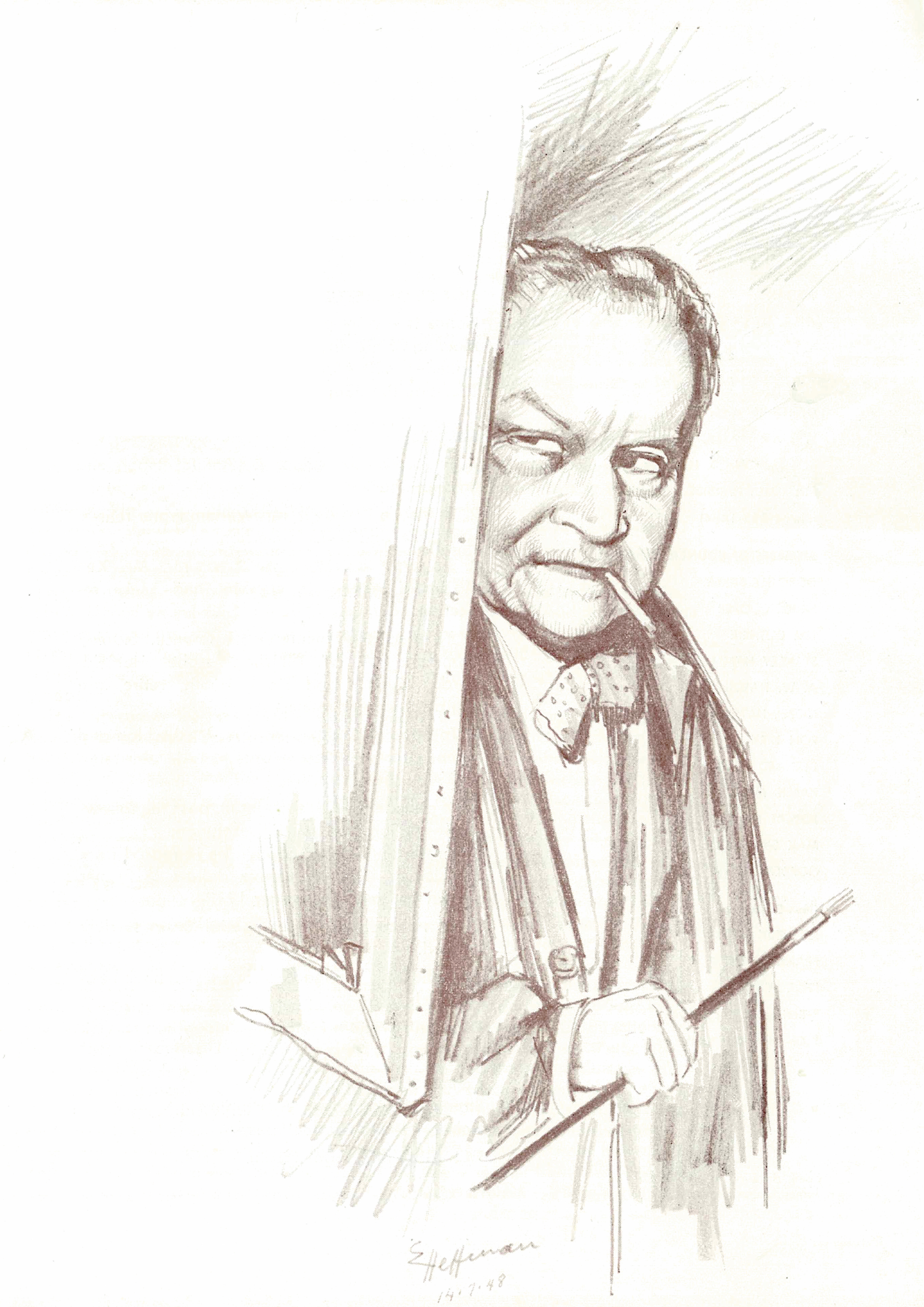 During all this time, Edward Heffernan had continued to develop one of his loves, that of printmaking, and produced many significant prints during the 30s, 40s and 50s.
In 1958 he was appointed Head of the Department of Art and Design at the Gordon Institute of Technology at Geelong. Under his leadership this department developed from 11 students and 3 staff members to 150 students with a staff of 14. Deeply interested in art education and its future directions, he became a member of the Victorian Institute of Colleges Course Department Committee in Fine Art, 1972; the VIC Schools Board for Fine Art and Design, 1972–74; the VIC Ad Hoc Committee in Industrial Design, 1974; and the VIC Course Development Committee in Fine Art, 1973–74.

Though this was obviously a busy period for Edward Heffernan, he continued to exhibit his works, even branching out into the field of mural and sculpture. With his training in 3-dimensional design, sculpture seemed to him to be a logical development of his art. He also maintained his contact with the Victorian Artists Society as an active exhibiting member and Council Member, editor of its newsletter, and finally President of the Society, 1977 to 1980. He later received Life Membership of the Society, its Distinguished Service Award, and Fellowship of VAS.

In 1983–84 he was honoured by a retrospective exhibition of Prints and Drawings which toured a number of Victorian Regional Art Galleries. A special honour came in 1984 when he was awarded the Order of Australia Medal for his services to Art. His work has been the subject of 3 limited edition books; ‘The Lino Cuts of Edward B Heffernan’ and ‘The Book Plants of Edward B Heffernan’ both published by Jester Press in 1982. The latter book was presented as the Australian representative at the International Ex-Libris Congress, Oxford, England, 1982.

In 1987, a retrospective exhibition was held at Melbourne University’s Gryphon Gallery to coincide with the launching of the third limited edition book ‘Edward Heffernan: His life and his art’, Paull and Paull. The associated exhibition surveyed some 70 works in various media on the theme of the female form as a source of inspiration for works of art.

Edward Heffernan was a Patron of Swan Hill Contemporary Art Gallery, and a Life Member of Ballarat Fine Art Gallery. His works are represented in the National Gallery, Canberra; National Gallery, Victoria; and the Regional Art Galleries of Ballarat, Geelong, Castlemaine, Hamilton, Shepparton, Swan Hill, and Horsham; and in many public and private collections both in Australia and overseas. 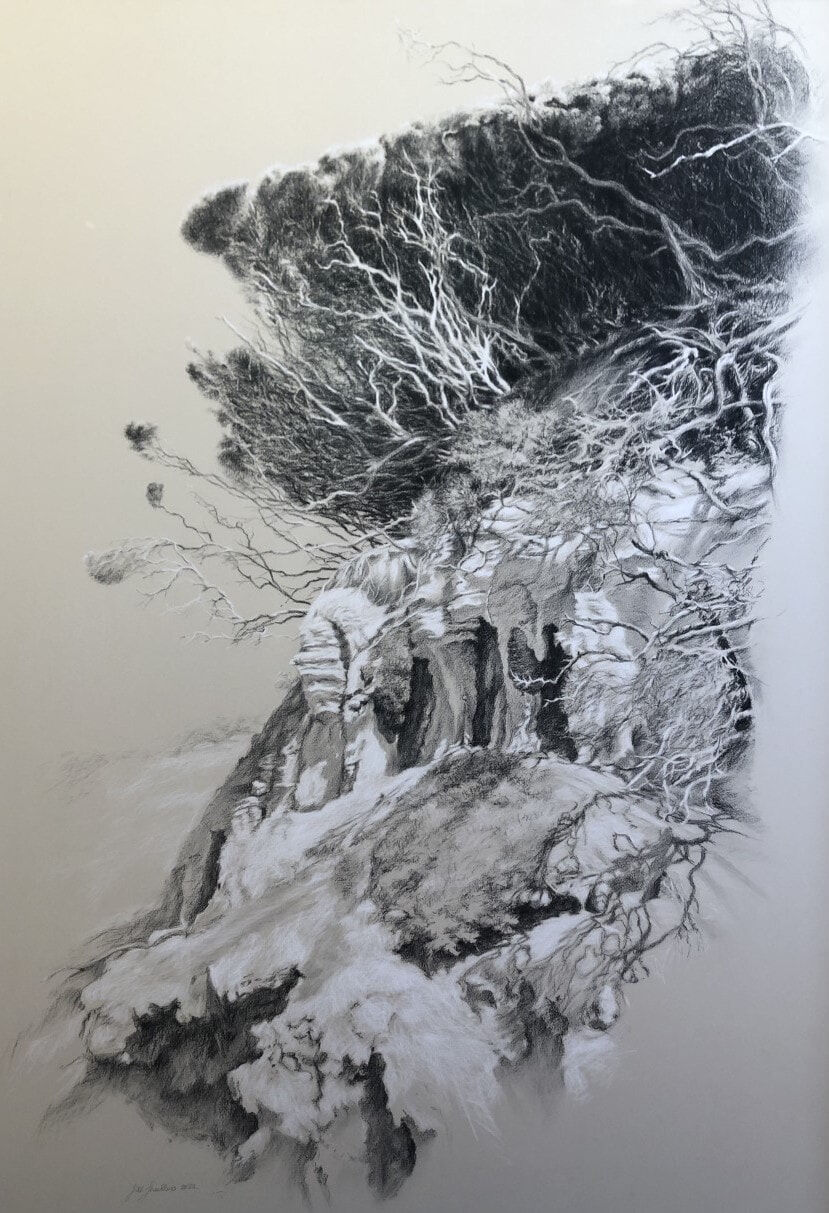