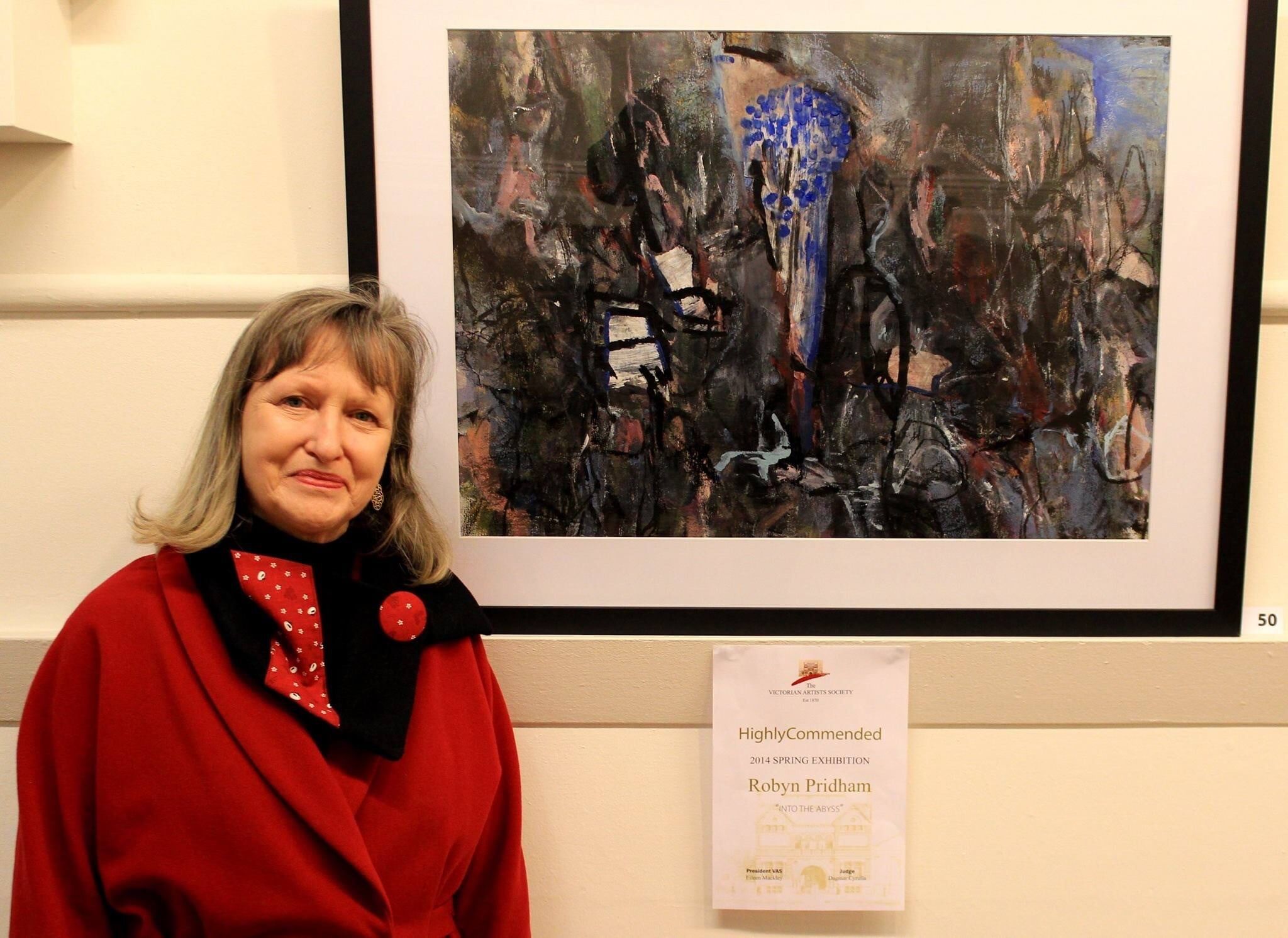 I am a full-time visual artist currently living in Melbourne, Victoria. I enjoy working plein-air and using these sketches to develop my work further in the studio.  My work is an exploration between abstraction and figuration.

Robyn studied life drawing and oil painting at the Victorian Artists Society prior to commencing formal studies at Victoria University completing a Diploma of Arts (Visual Arts) and a Bachelor of Arts (Fine Arts) (with Distinction) at RMIT.

Robyn is a signatory member of VAS. Born in Carlton, Melbourne and growing up in the inner suburb of North Melbourne I was fortunate to experience my first glimpse of artists and paintings at the Leveson Street Gallery, in North Melbourne. The gallery was founded by June Davis with artists Charles Bush (1919-1989) and Phyl Waterhouse (1917-1989), who were well known in the local community.

On my walk home from primary school I often passed their gallery and still remember entering a door that revealed another world, especially to a young impressionable seven-year-old, however, I knew then that I wanted to be a part of that world, but not sure how to go about it as not coming from an artistic or creative family.

Therefore, my discovery of art and what it is all about involved a journey of my own with many detours along the way.

On completing secondary education, I travelled and worked for a couple of years overseas and always visiting galleries and museums.

Once I was back in Melbourne, I joined the Glenroy Art Group and from there learnt about the Victorian Artists Society and decided to begin classes and to attend the weekly untutored Portrait and Life Groups that was a wonderful opportunity to work from the life model. This period of my informal art education happened in the early 1980’s and felt as if another door was opening up for me. I eventually became a member of the VAS in 1983.

After a number of years, I submitted a work for a VAS Select Exhibition and was unsuccessful in being selected, however, eventually I had a work accepted and have continued to show on a regular basis in the exhibitions at the VAS Galleries. In March 2020 I had an exhibition titled ‘Nature Abstracted’ in the Eileen Mackley Members Room at the Victorian Artists’ Society.

In 1994 I took on the role of monitor for the Wednesday Night Portrait and Life Group, I continued in that role till 2000. I was involved with the VAS Council between the years 1998-2000.

Over the years I was interested in pursuing more formal qualifications in fine art and began a Diploma of Visual Art at Victoria University that was part-time and fitted in with my full-time work. After completing the Diploma, I applied for further study at RMIT University, majoring in Drawing. Being a mature age student was scary and challenging, however I believed that my life experiences and my own personal development through self-education and mishaps along the way gave me a solid base to start with at RMIT University.

In my final year at RMIT I applied for the RMIT Public Art Research Field Trip at the Monash Centre, Prato, Italy. This culminated with an exhibition of our work at Area Contemporary Art Space Inc. in Fitzroy.

In 2010 I retired from my ‘other’ career working in University and Public Libraries; I do not see my art making as a career, more a passion and a fascinating interest that I never find dull or boring. Hope to continue the creative journey with my painting and drawing until I drop off the perch. 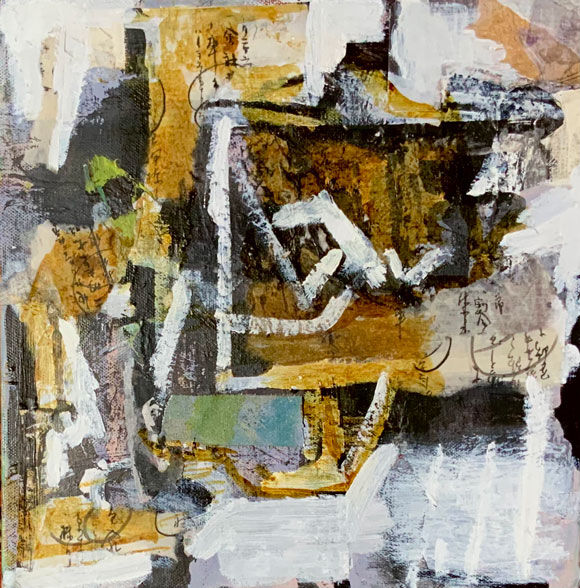 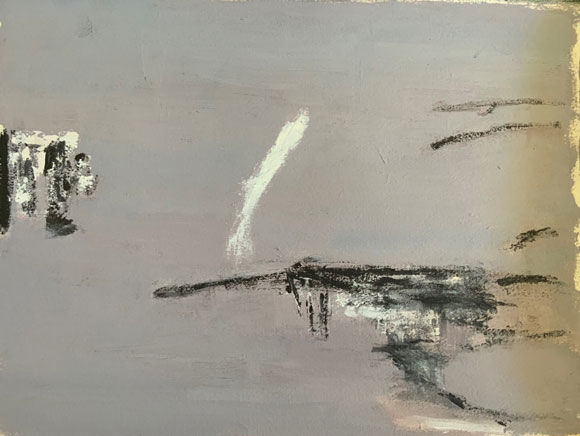 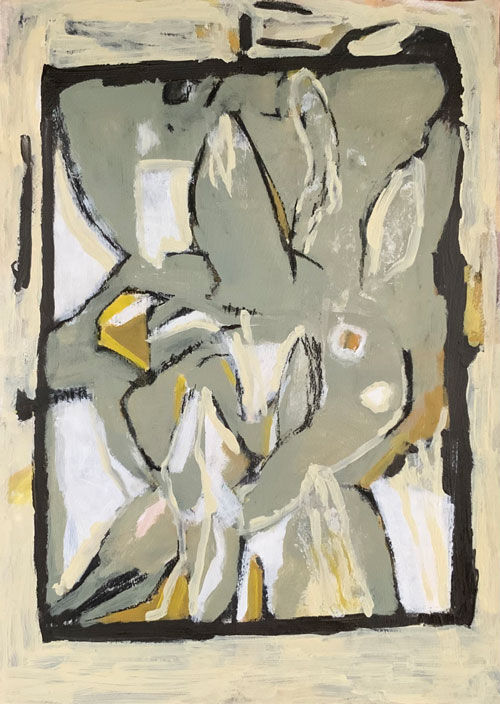 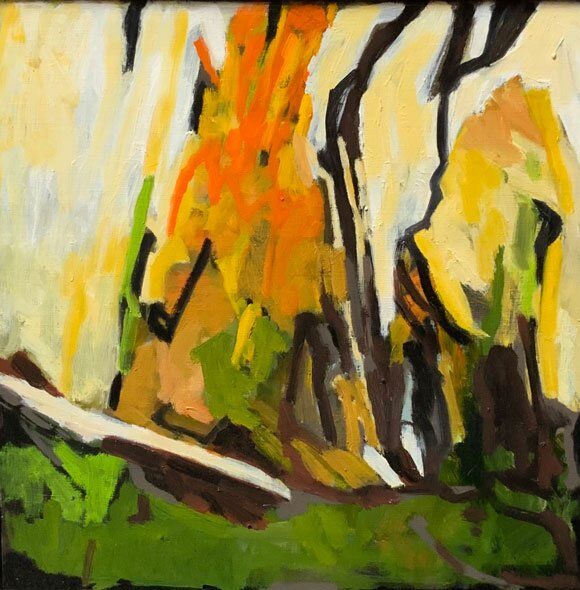 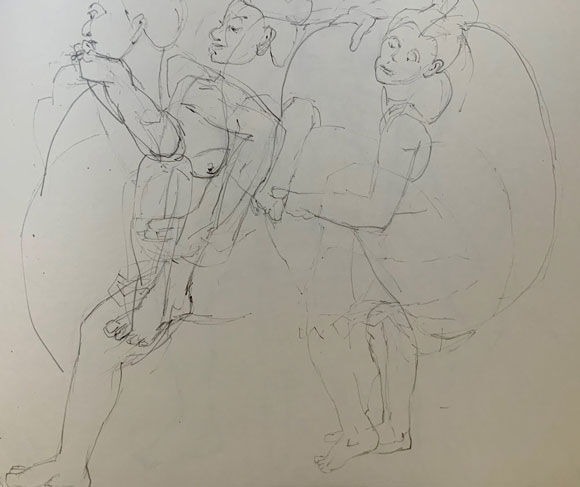 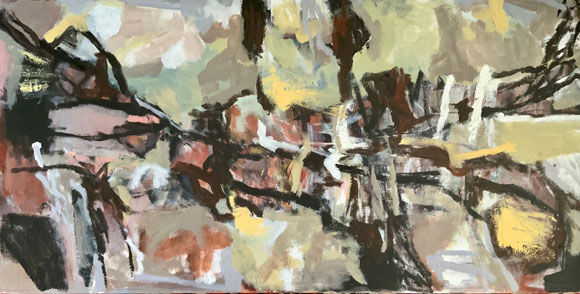 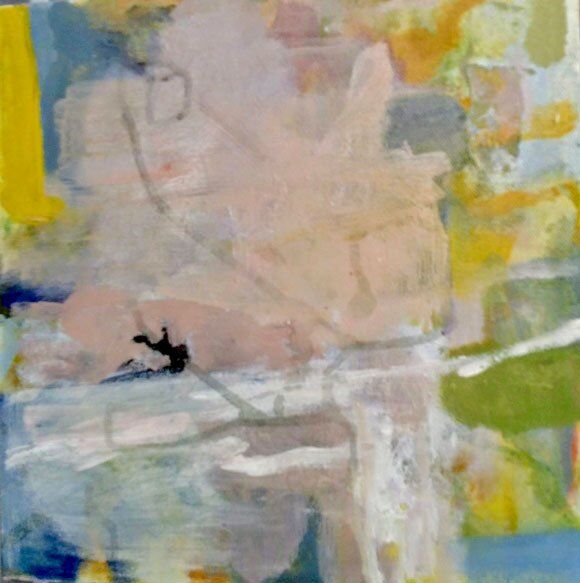 'The Blush of Summer', Mixed media and collage by Robyn Pridham VAS 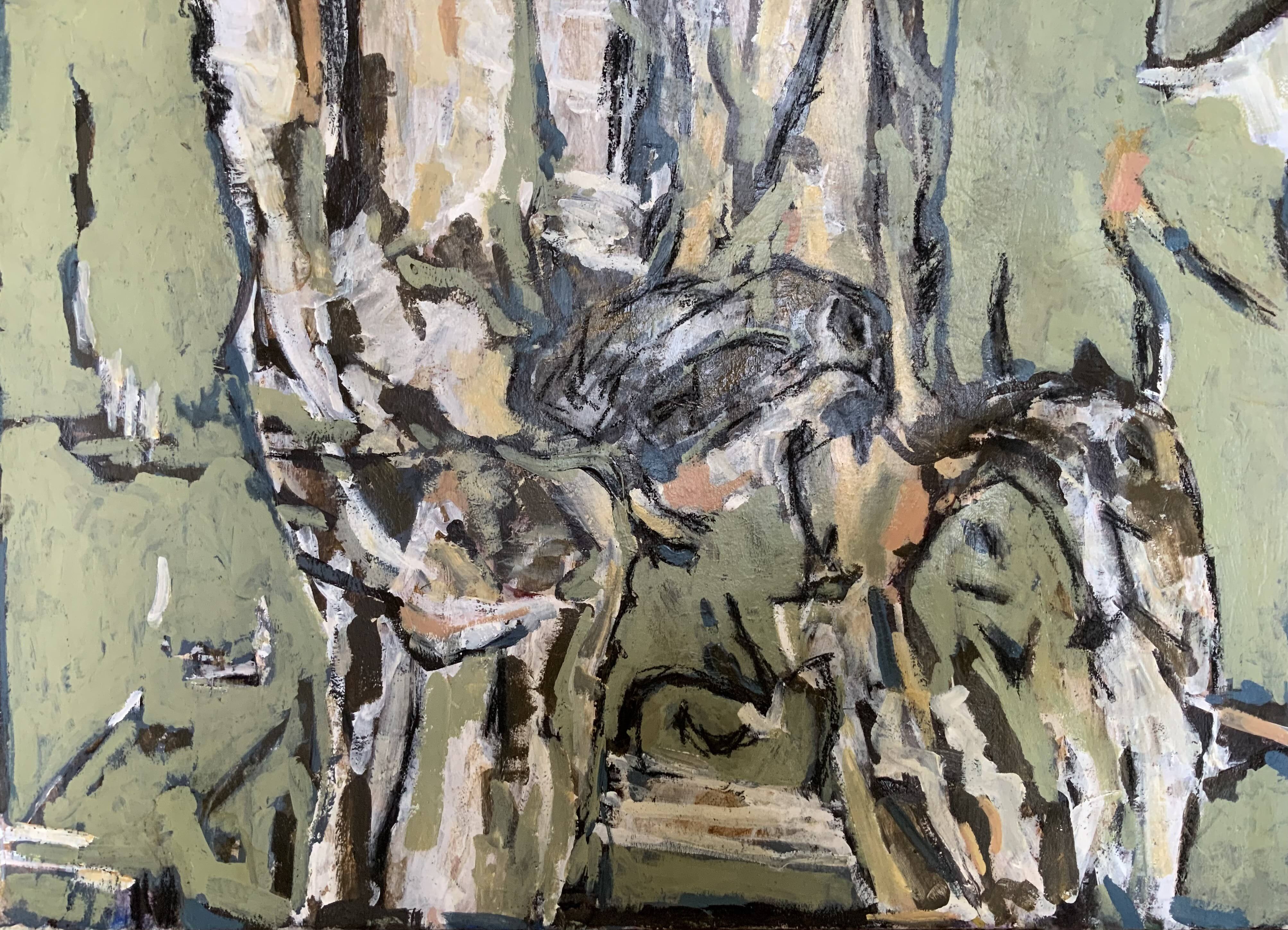 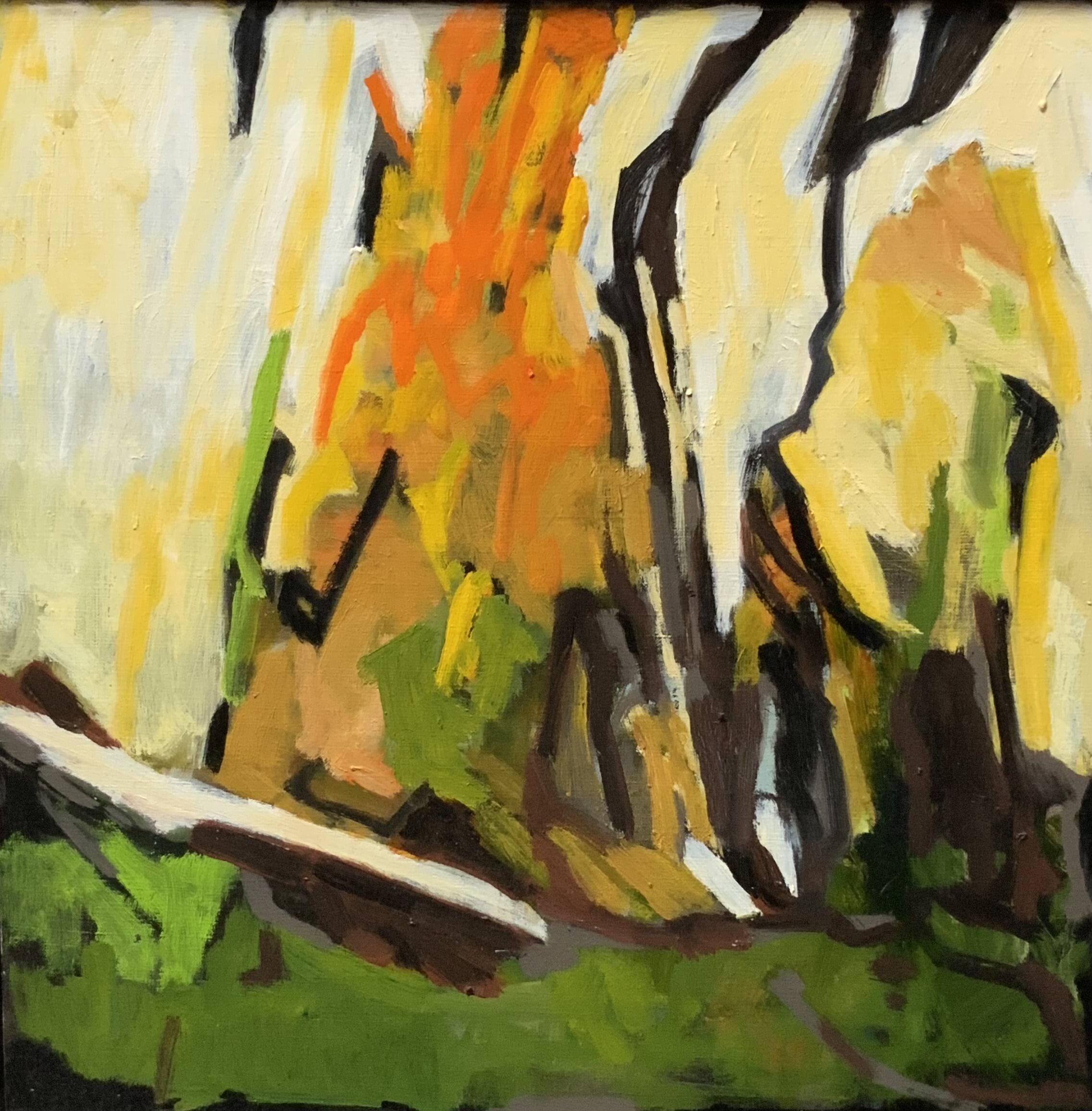 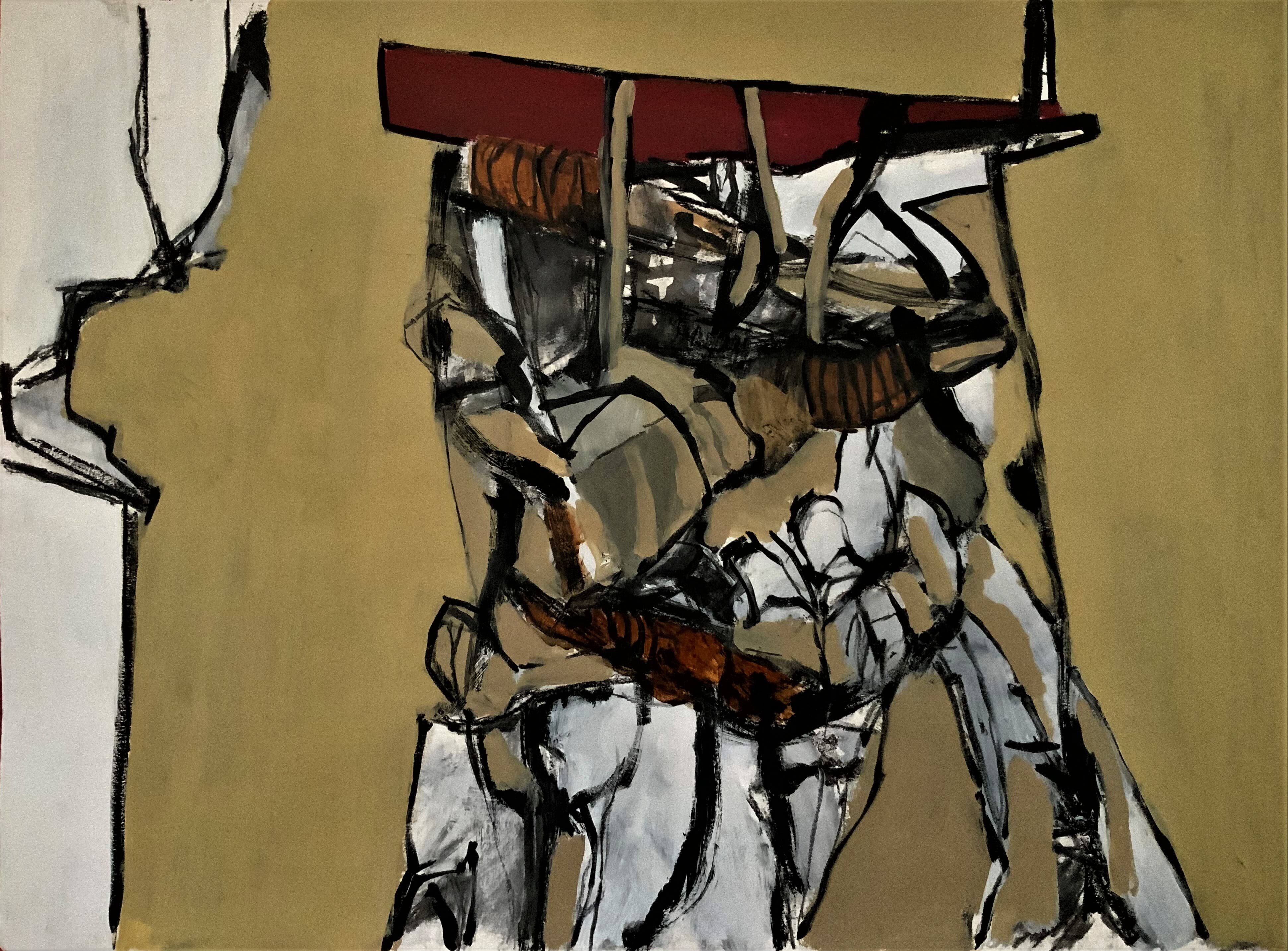 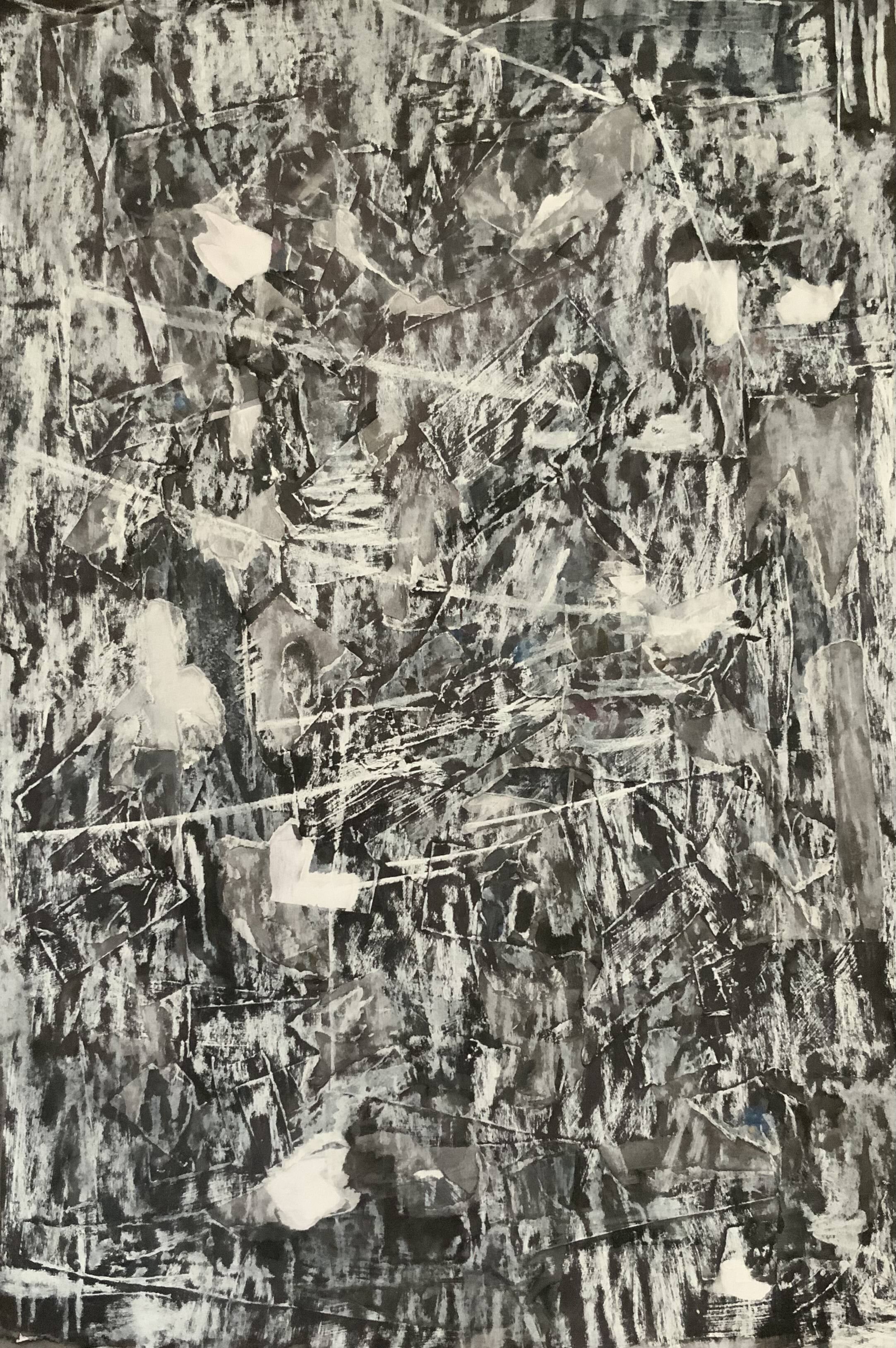 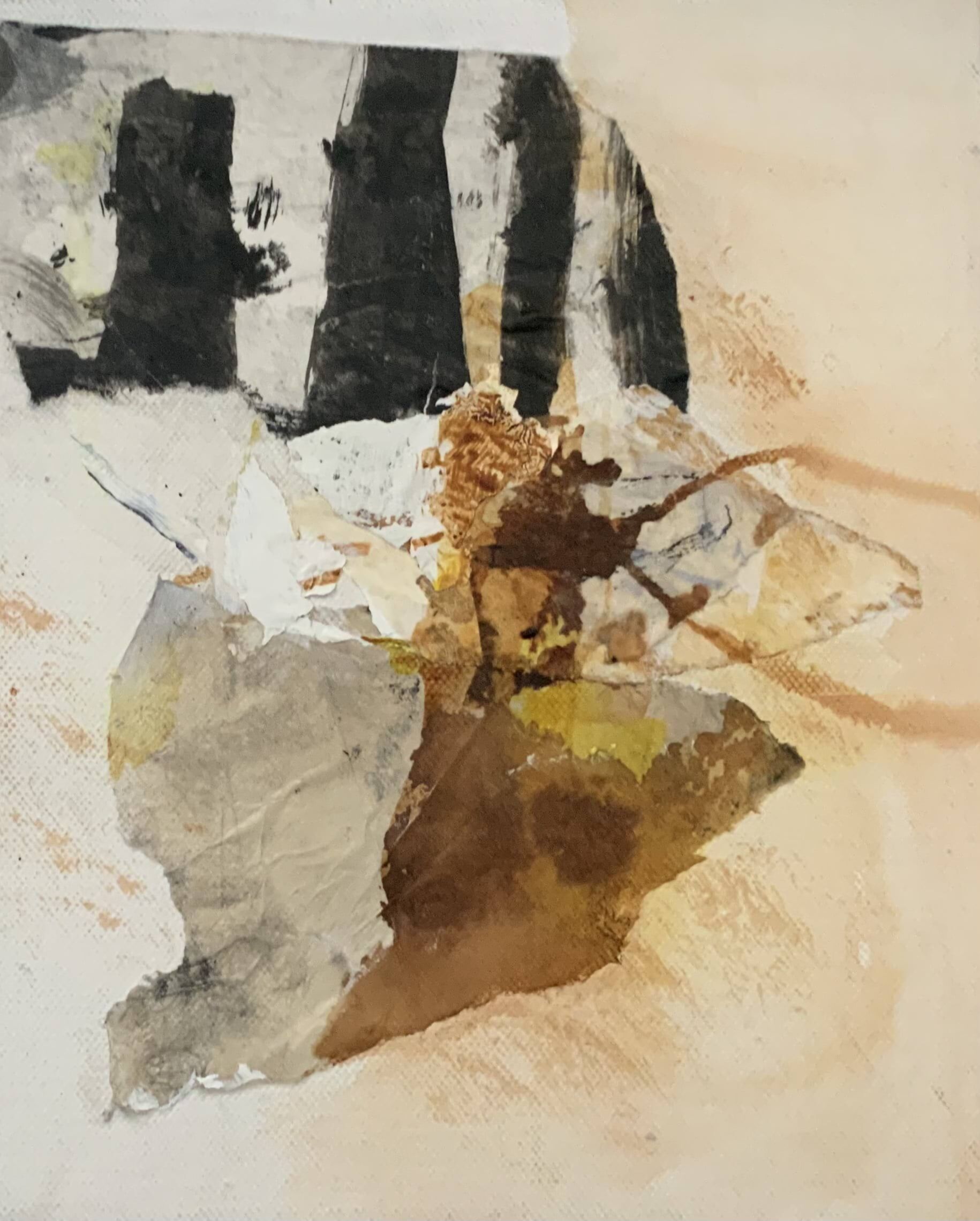 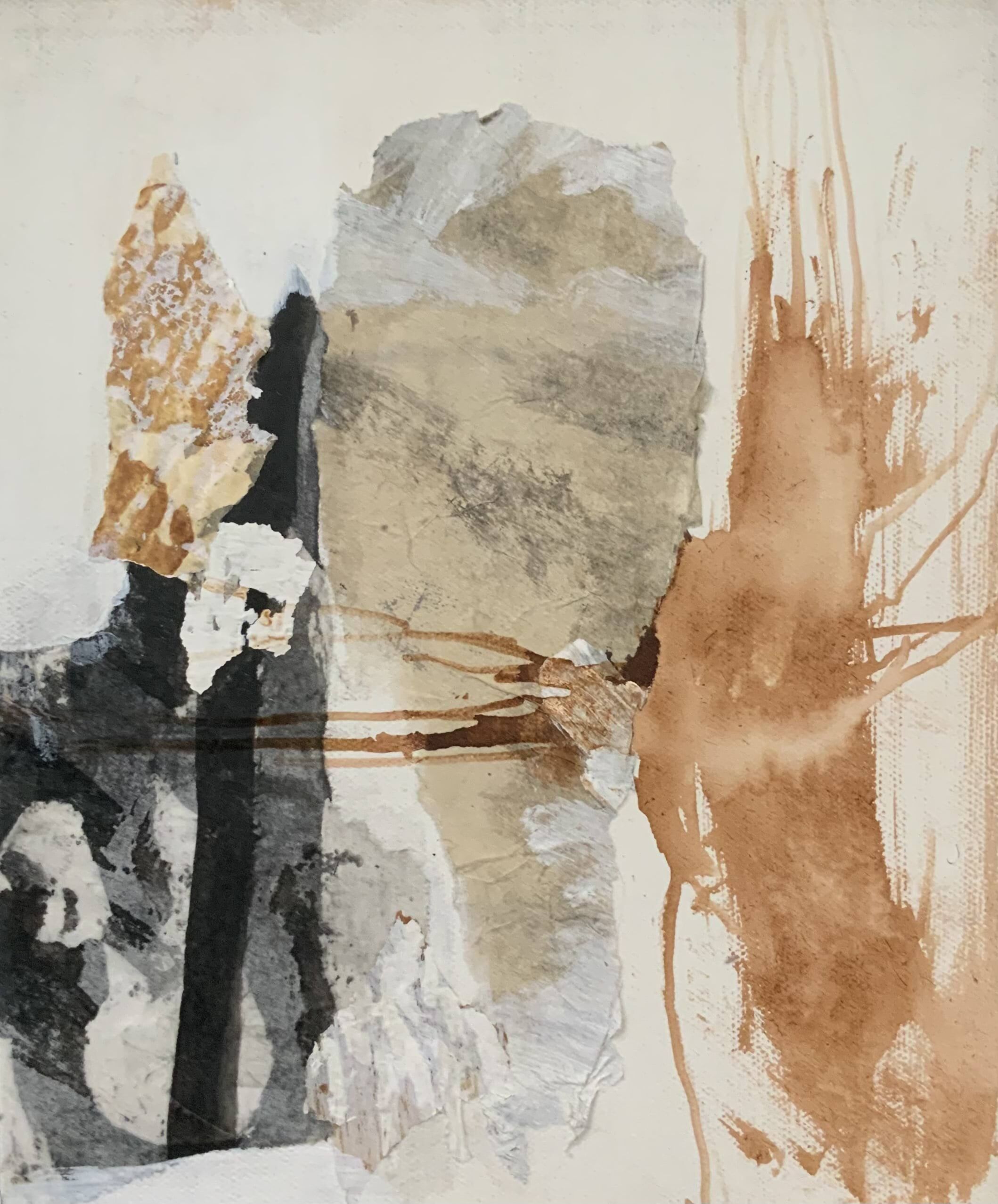 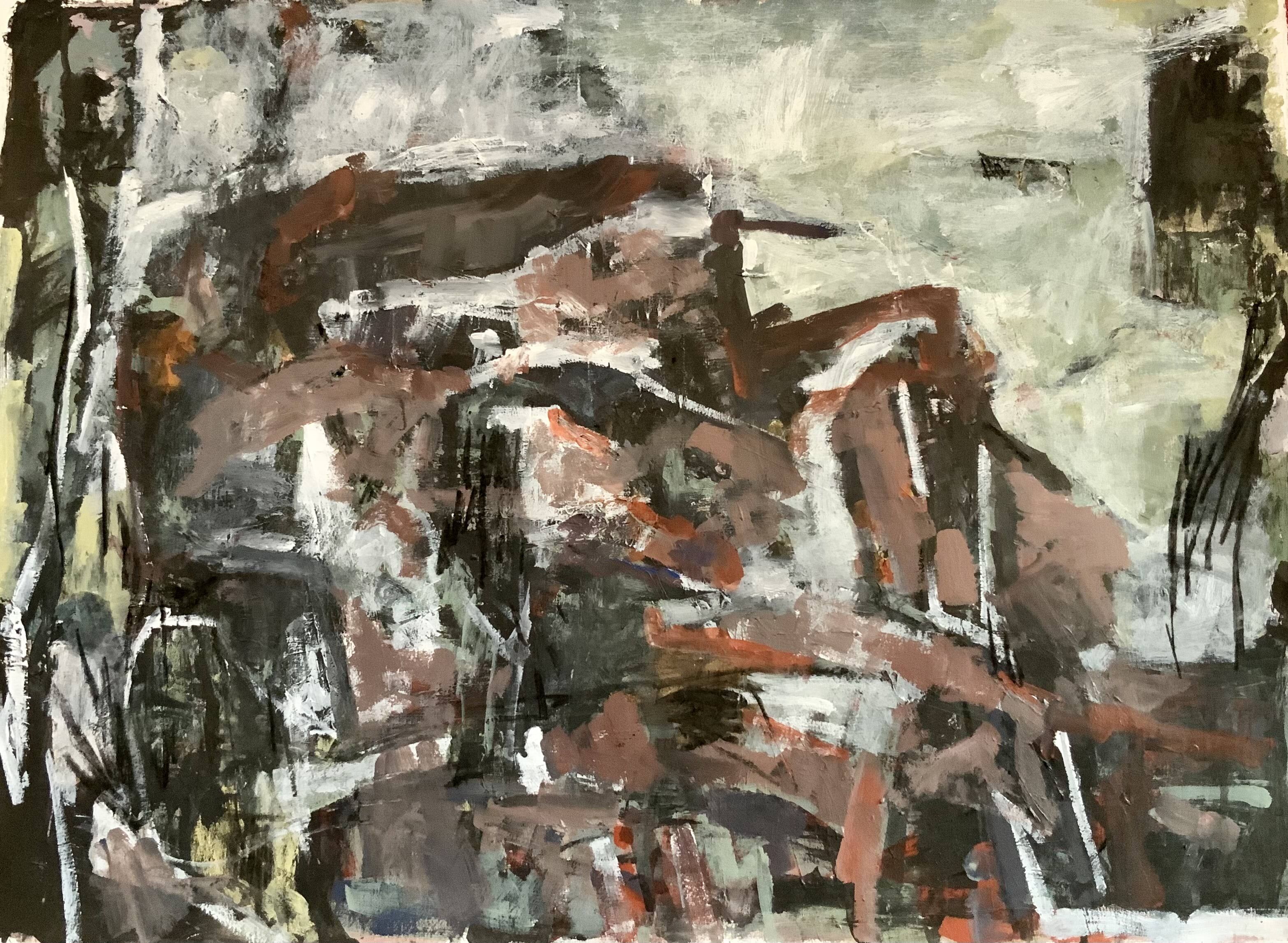 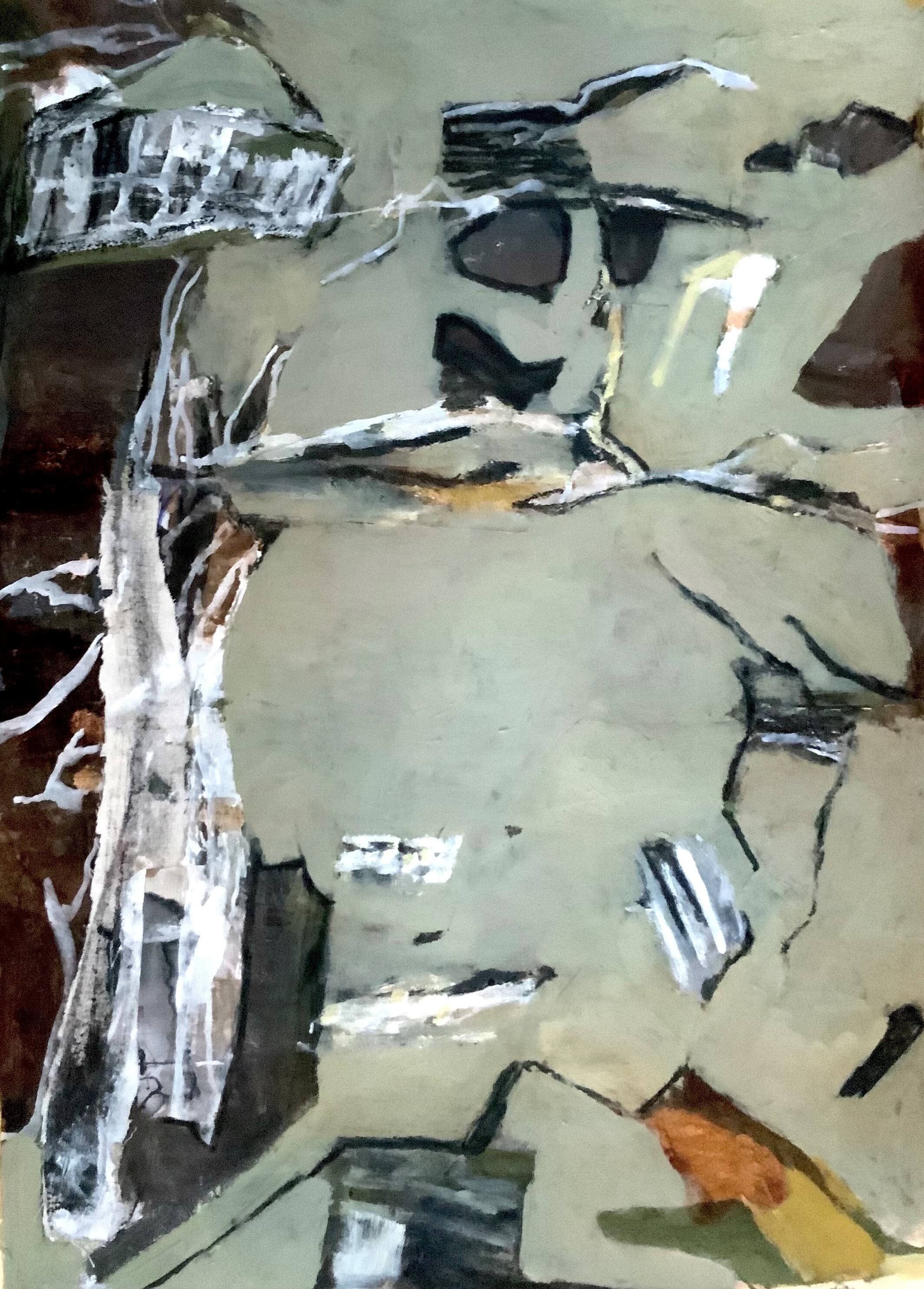 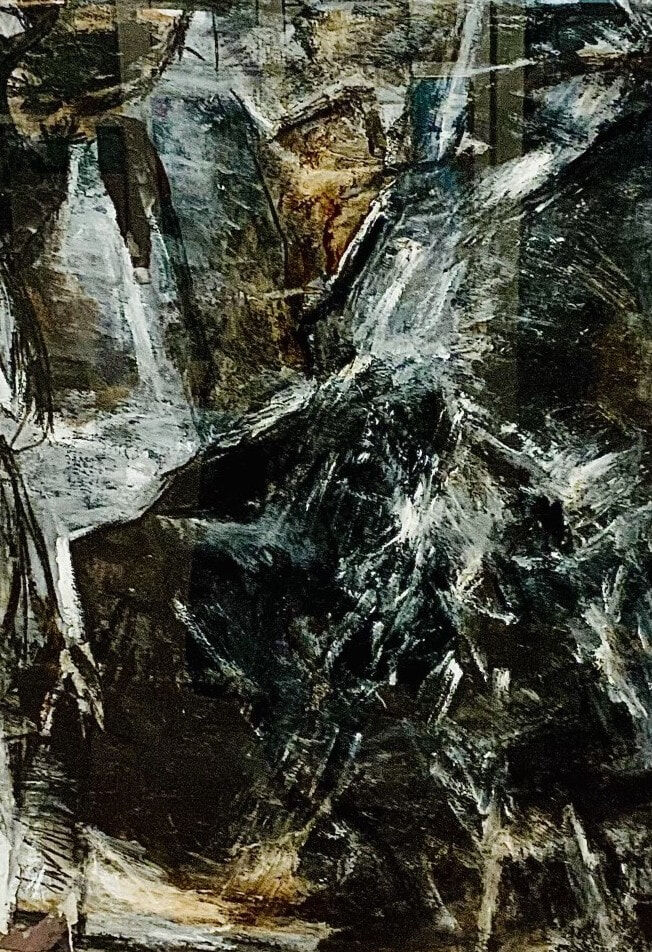 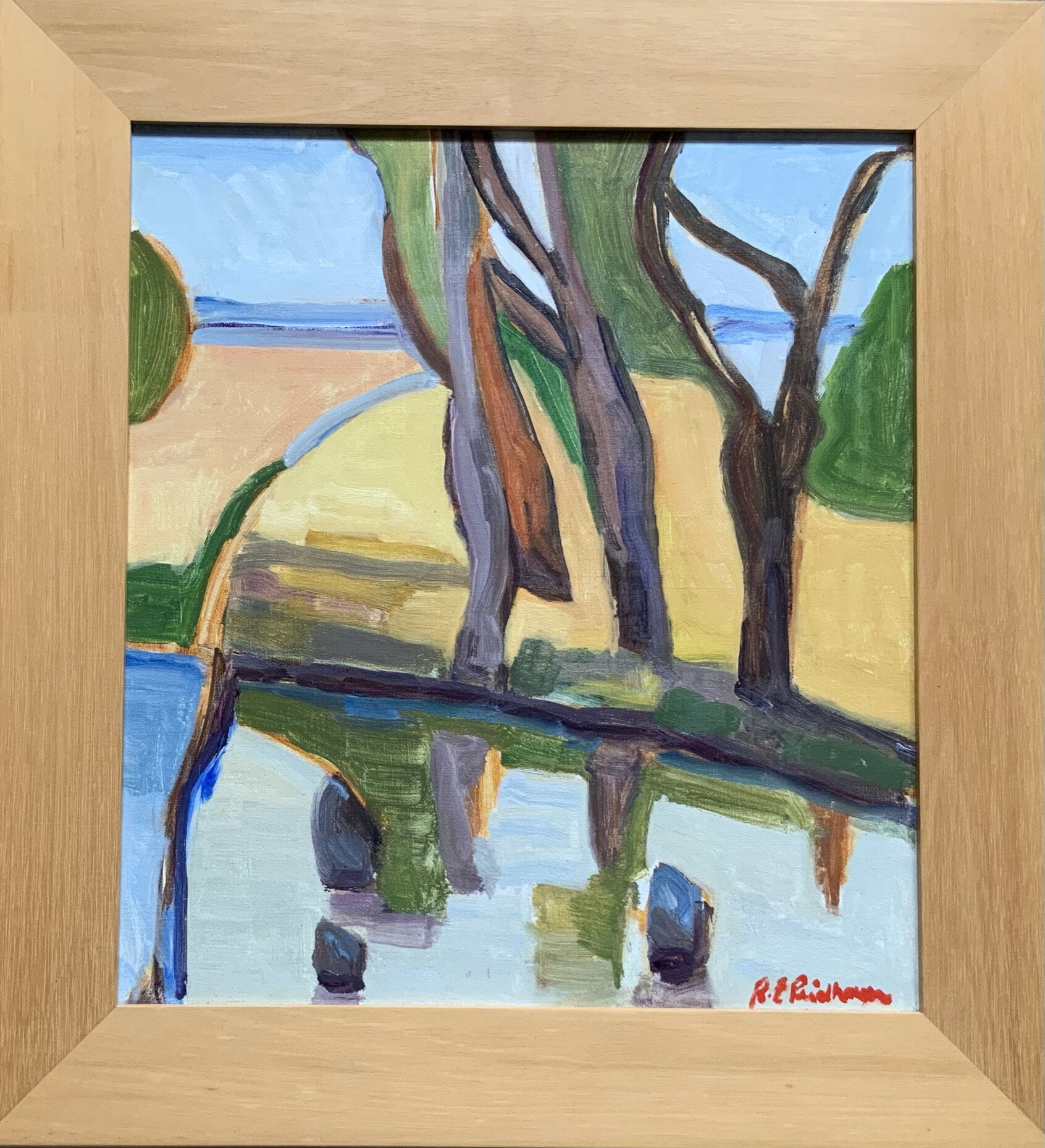