May Exhibitions at VAS 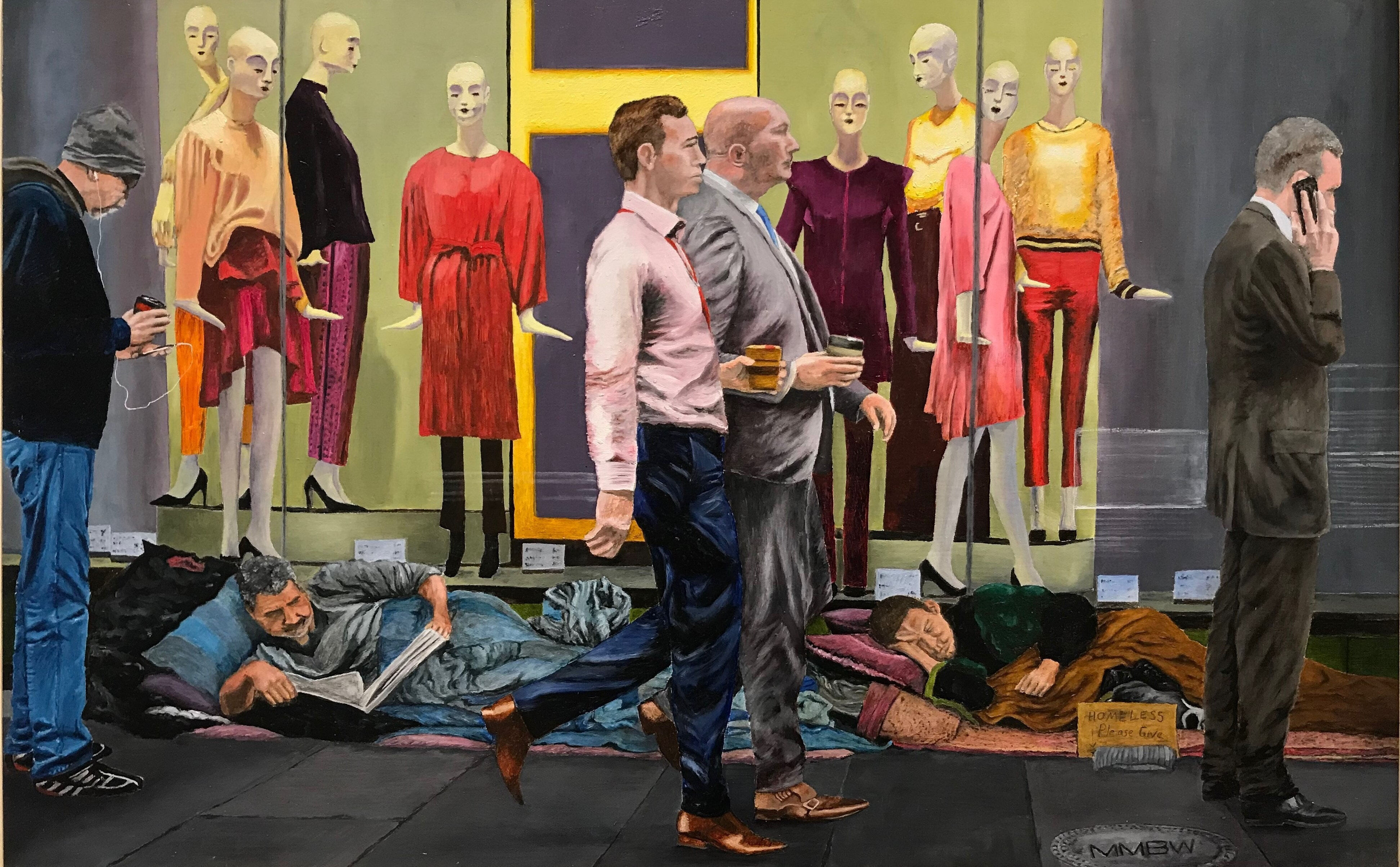 'Push down, Push on,' oil by John Daniels

Inspired by seeing people in Melbourne city going about their business, absorbed in their own world and disconnected from those around them. I don't want to blow the viewer away with a grand canvas; instead, draw them in to examine the detail and the story—which is manufactured.

﻿I aim for realism, but the picture is composed from various photos, put together like a Photoshop. There's a bit of John Brack and Jeffrey Smart, but not intended. If not specifically about disconnectedness, the work will have a social comment or an irony, sometimes with obscure meanings.

'It has been 25 years since my last visit to this part of the Flinders Ranges, where the ruggedness of this place still takes my breath away with all it’s colour and texture.' Ray Hewitt

Opening Night and Awards Presentation, Tuesday 11 May at 7pm 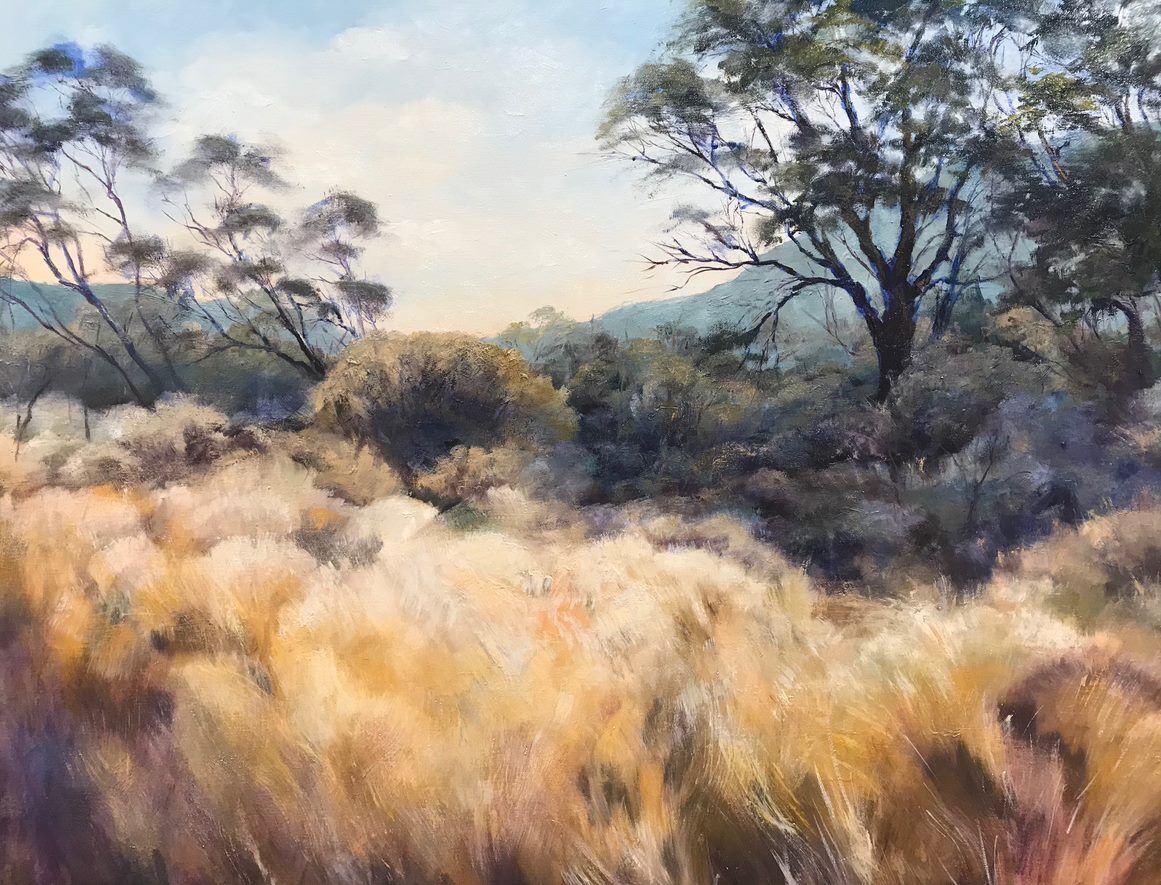 The Victorian Artists Society is pleased to present the annual 2021 Autumn Exhibition and the President's Award.

Autumn is the first VAS Select Exhibition with votes cast by exhibiting member artists used to decide the list of candidates for the 2021 Artist of the Year Award.

The 2021 Autumn Exhibition features the President's Prize for $2000 and the VAS Council Sculpture Prize.

Please join us for the official opening of this Exhibition. All welcome.

Railwaymen is a series of portraits featuring some of Melbourne’s longest-serving train drivers, photographed in sites of historical significance across the city’s railway network.

﻿These powerful and intimate portraits reveal the human faces behind Melbourne’s railways, and capture the knowledge and wisdom of decades of experience.