Featuring the Nada Hunter Award of $1,000

President of the Victorian Artists Society, Eileen Mackley AM said the Portrait Exhibition displayed an inspiring array of talent by some of Victoria's emerging and established artists skilfully capturing the human spirit.

Jaq Grantford was the Judge for the Victorian Artists Society 2019 Portrait Exhibition and presented the Awards to the winners during the evening.

The Winner of the 2019 Nada Hunter Portraiture Award was Paul Learmonth for his work titled ' Bilbao'. 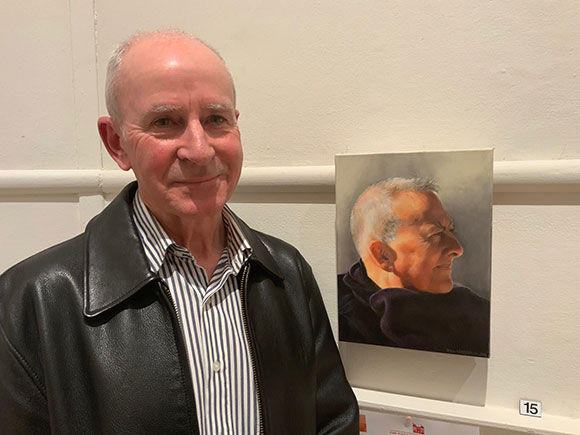 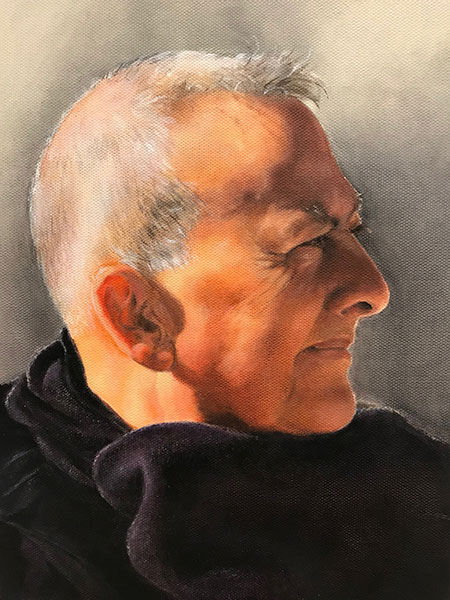 Painting in oils is Paul's major passion but his early career was as a graphic designer and illustrator. He later retrained as an English teacher and an EAL (Additional Language) teacher subsequently becoming a curriculum and resources writer for adult EAL and Literacy. He has taught English in Japan, Sri Lanka, and China, illustrated cookbooks, poetry collections and children's stories but the challenge of oils has been all-engrossing in recent years.

Jaq Grantford is an award-winning artist, specialising in fine art and portraiture. She has participated in a number of exhibitions, winning numerous awards, most recently winning the Architecture Award in the Master of Art Competition in London, and the People’s Choice in the Shirley Hannan National Portrait Prize.

Her work is held at the National Gallery of Victoria. Jaq currently has a painting in the 5th International Painting Award for figurative painting in New York, as well as, a being finalist in the Mod Portrait Prize in the European Museum of Modern Art in Spain.

Nada Hunter was well known in artistic circles, especially through the Victorian Artists Society to whom she left several legacies for the benefit of artists.

Nada was born in Donald in 1918 but spent most of her life in Camberwell in Melbourne. She studied for a year at the Teachers College, University of Melbourne and joined the WAAF at the outbreak of WW2 in 1939. Nada was engaged as an intelligence analyst throughout SE Asia, and she continued in this highly secretive work after the war in Intelligence Signals and Communications based at Albert Park.

Nada's paintings are full of spontaneity and her joyous high keyed palette places her firmly in the modernist movement. She was a regular exhibitor with the Victorian Artists Society from 1952 and member of the Melbourne Society of Women Painters and Sculptors since 1982.  *Source: Bridget McDonnell Gallery

During the evening Jaq Grantford also presented Highly Commended Awards to recipients for the 2019 Portrait Exhibition.

Highly Commended Awards were presented to 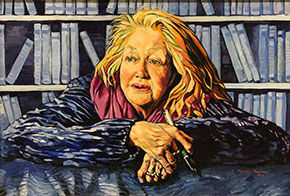 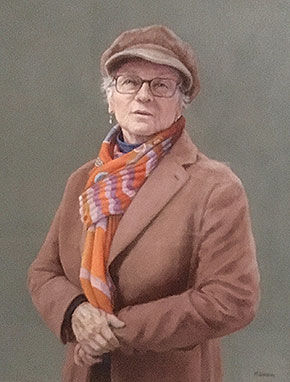 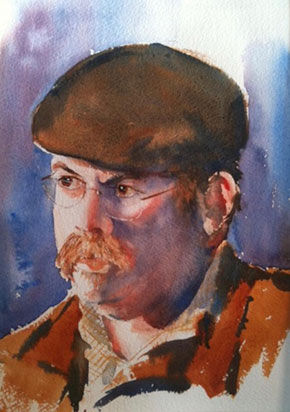 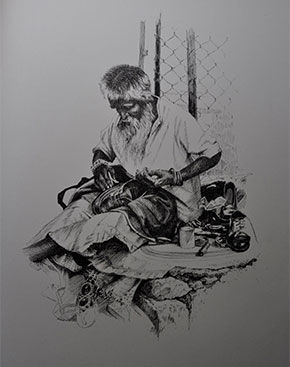 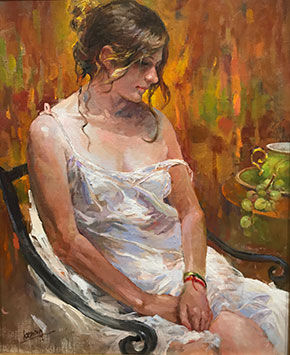 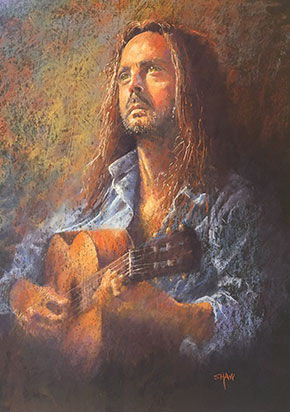 Victorian Artists Society President, Eileen Mackley AM, announced Tyler Arnold as the Winner of the Norma Bull Portraiture Scholarship Award for his painting titled Self Portrait in Black Jacket. 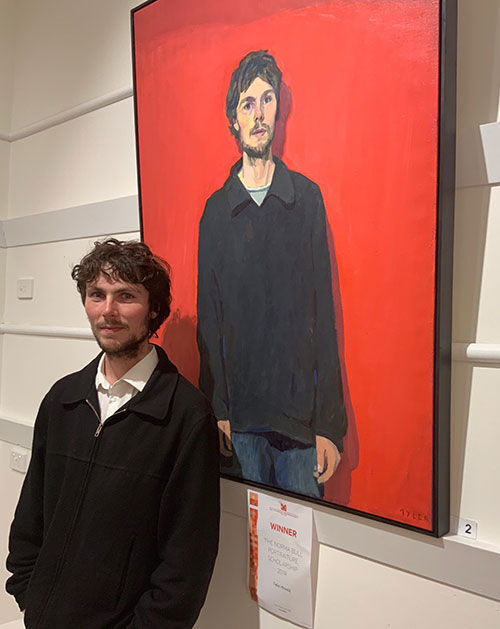 Tyler Arnold,
Winner of the Norma Bull Portraiture Scholarship Award with his painting titled
Self Portrait in Black Jacket, oil on linen. 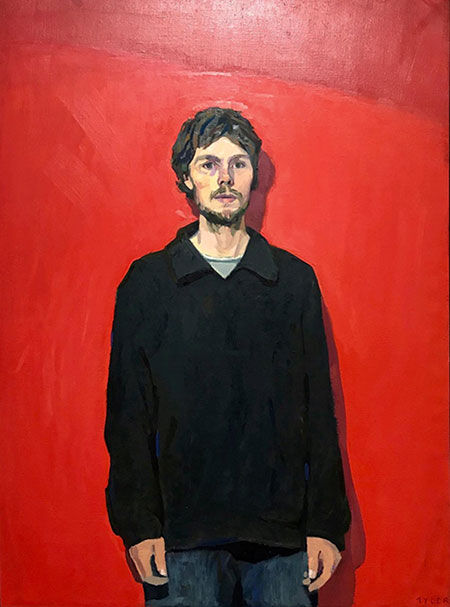 "How exciting to be awarded the Norma Bull Scholarship from the Victorian Artists Society. What an array of portraits! It was an enjoyable challenge to make this painting which was of a larger scale than I've ever worked on before, thank you Norma Bull for the challenge!"

This coveted biennial Art Prize is available for students working in the field of 'Naturalistic Portraiture' and is valued at $5,000.

The award is open to students of art of all ages and experience levels, whether this be in university, through the Victorian Artists' Society or other art schools, informal institutions, societies or with a private tutor. This scholarship is open to beginners and advanced students working in the Naturalist style.

This Free Open Day celebrates portraiture in all genres. An inspiring array of talented Victorian Artists Society artists will skilfully capture the human spirit by painting portraits from models.

The artists and their life models will take centre stage in the upstairs galleries on Sunday against the backdrop of the Annual Portrait Exhibition.

The portrait artists will work with a variety of mediums including pencil, pastel, watercolour, oil and sculpture.

Visitors will be able to sit in the viewing areas during the creative sessions and watch as the portraits evolve from the canvas and chat with the artists and models about the artworks during the breaks. 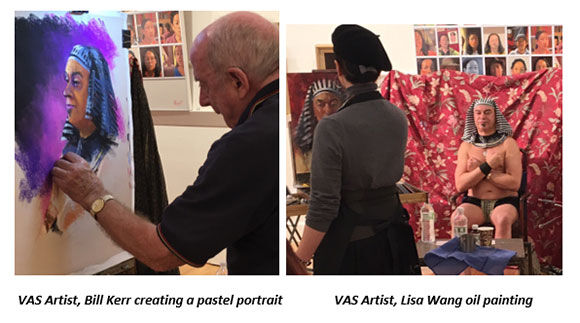