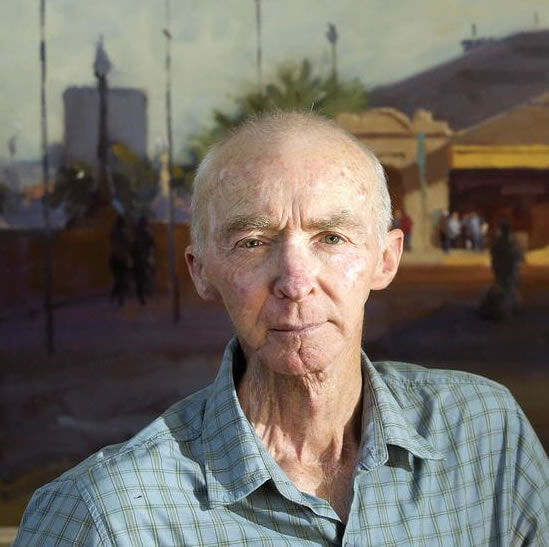 I have been a full time painter for over 30 years. I am a member of both the Twenty Melbourne Painters Society and the Victorian Artists Society. I have won numerous awards, including the VAS The Artist of the Year award on four occasions over a 12 year period.

My works are included in may local and overseas collections. I have regularly travelled overseas to paint the European landscape. I have held over 25 solo painting exhibitors. Most of my painting is undertaken plein air. 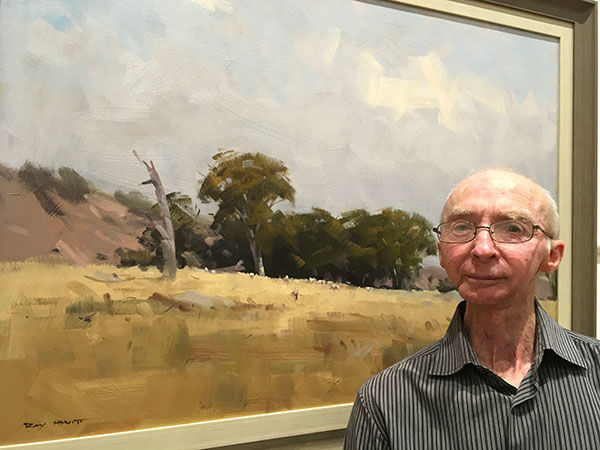 'Northern You Yangs', by Ray Hewitt, Winner of the 2017 Mavis Little Artist of the Year Award

The prestigious Mavis Little Artist of the Year Award is sponsored by the Hansen Little Foundation and ﻿the Victorian Artists Society.

Ray Hewitt's passion for art began at a young age, with his father Bill’s interest in art, and this inspired him to take up painting. Ray attended informal after school art training for a short period. In early adult life Ray sought out more formal training in traditional oil painting, attending classes first with Lance McNeil and later with Shirley Bourne at VAS.

Ray has been a full time painter for over 30 years. He is a member of the Hobsons Bay Art Society, the Victorian Artists Society and the Twenty Melbourne Painters Society.

The Victorian Artists Society awarded Ray its highest distinction of Artist of the Year Award on four occasions, in 2000, 2003, 2014 and 2017. Ray has also won other painting awards and has painted numerous commissions. He has been requested to judge art exhibitions and to perform painting demonstrations and workshops. During his career, Ray has also held over 25 solo painting exhibitions.

Following painting trips to France and England, in 2010 and 2011, Ray held successful art exhibitions of landscapes of the regions of Province and Cornwall. His works are included in many local and overseas collections.

'Painting plein air at any time and in various weather conditions opens up a whole new way of viewing the landscape, or better still, my way of interpreting the landscape.' Ray Hewitt 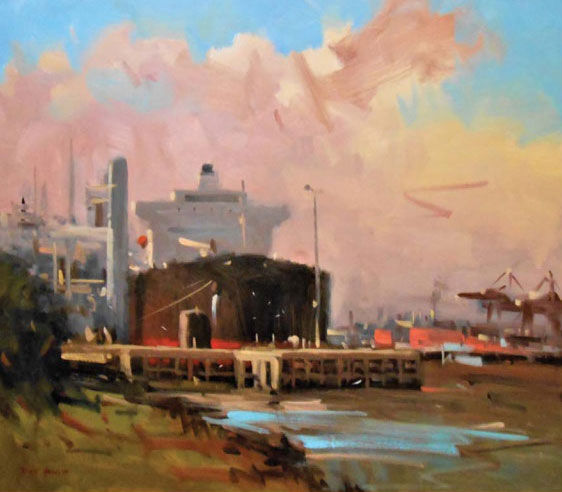 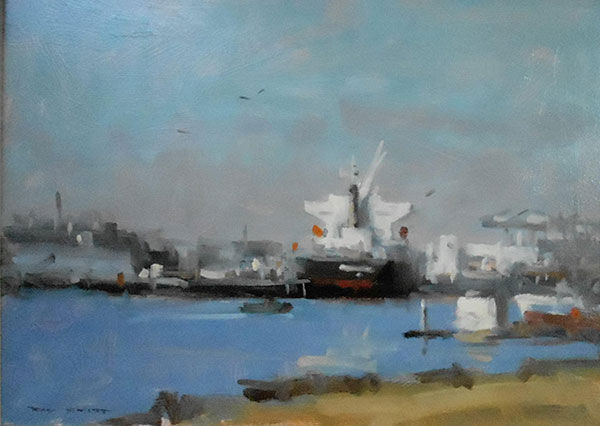 'From Pier 35' Oil on Canvas Board by Ray Hewitt 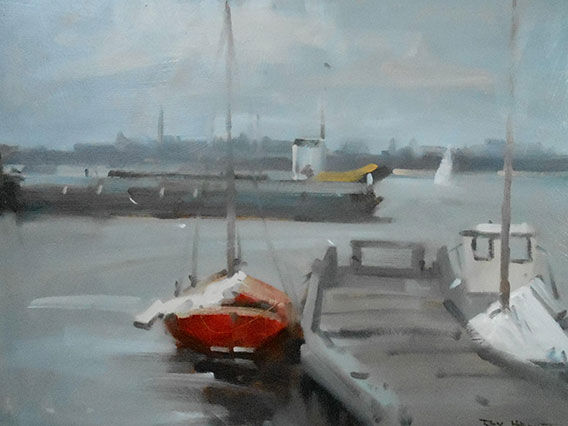 'The Red Boat', Oil on canvas board by Ray Hewitt 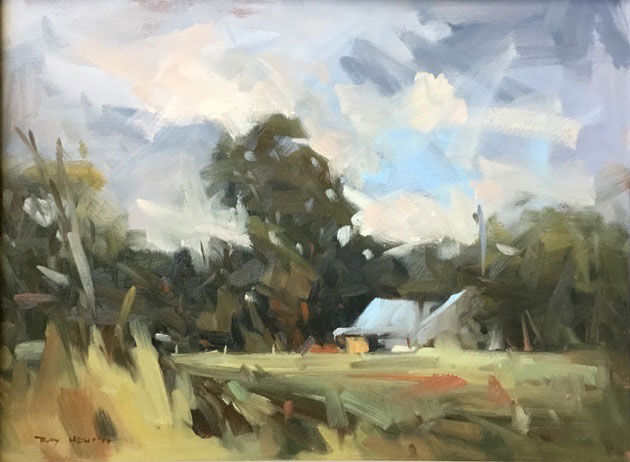 'Near Creswick', oil by Ray Hewitt 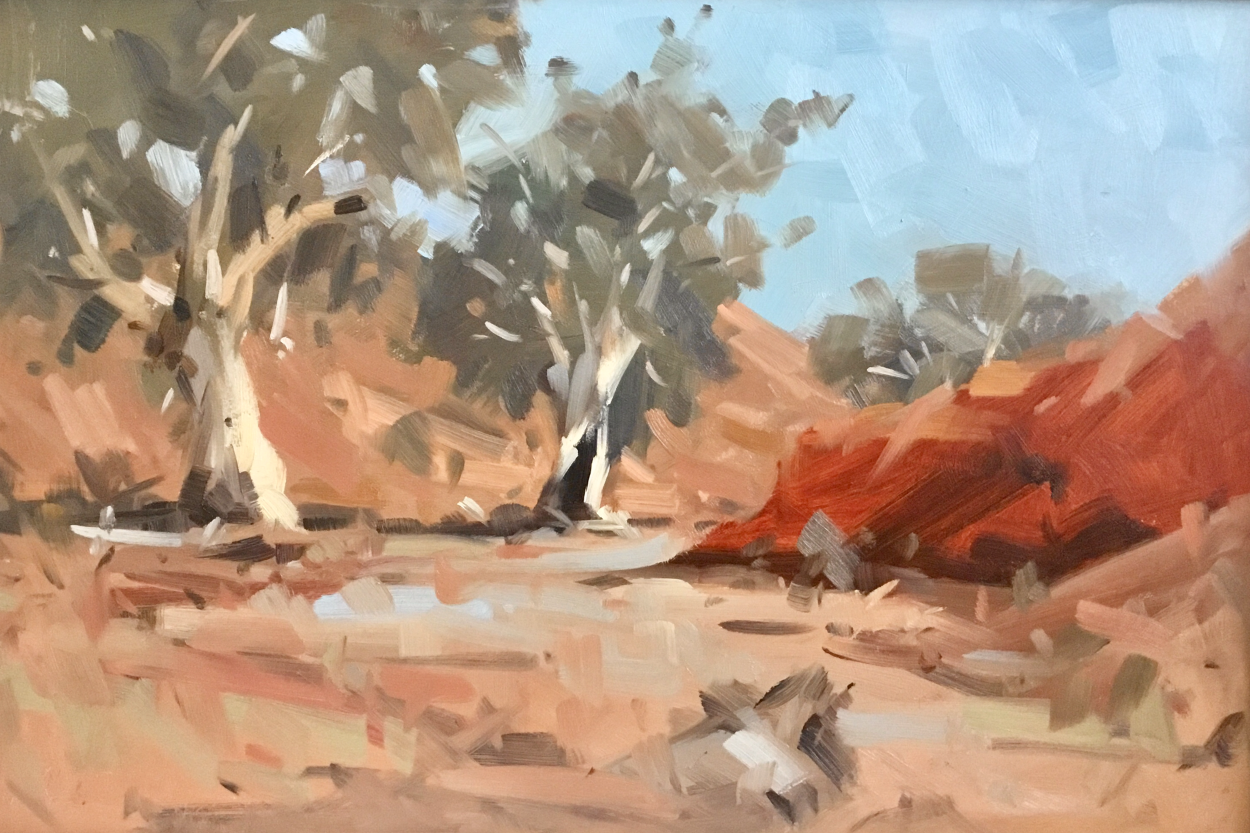 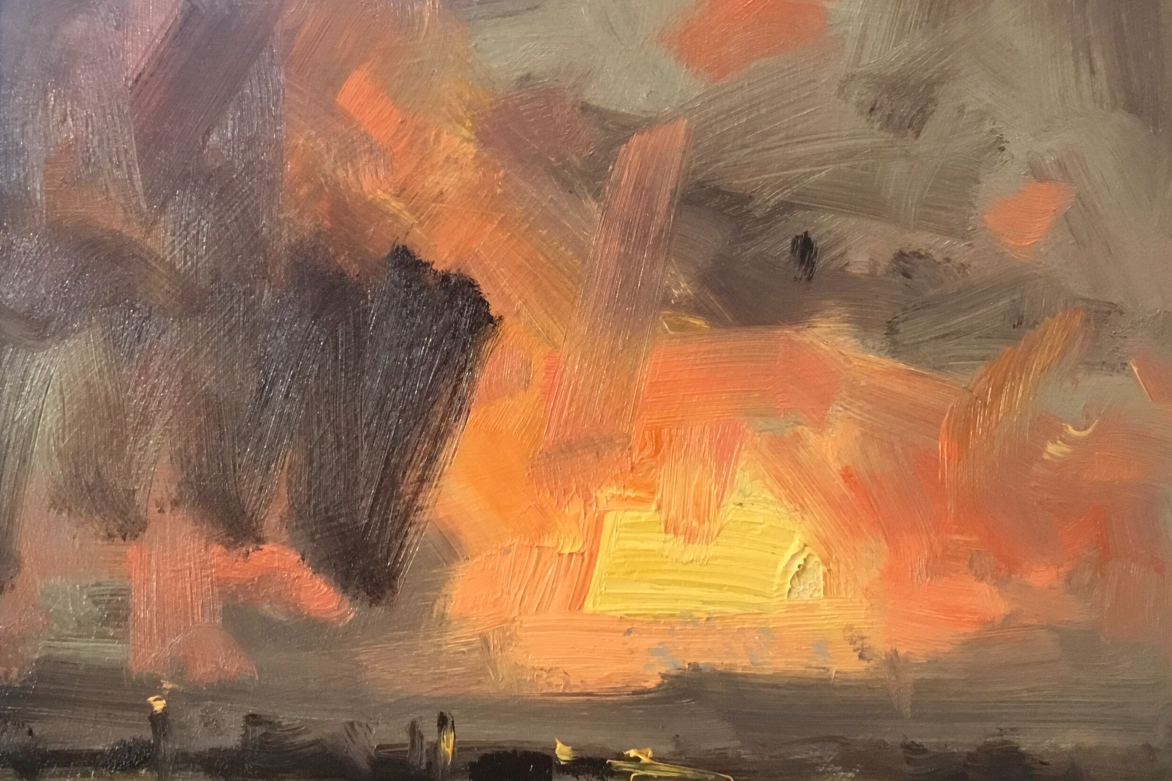 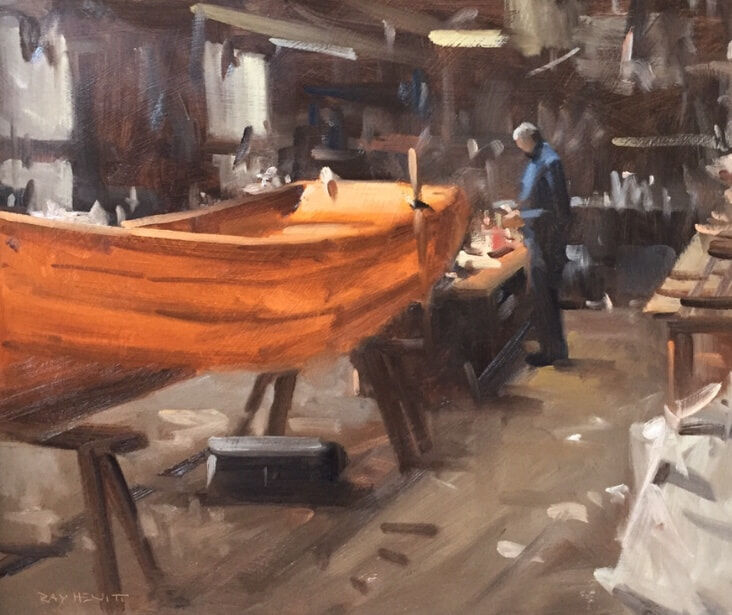 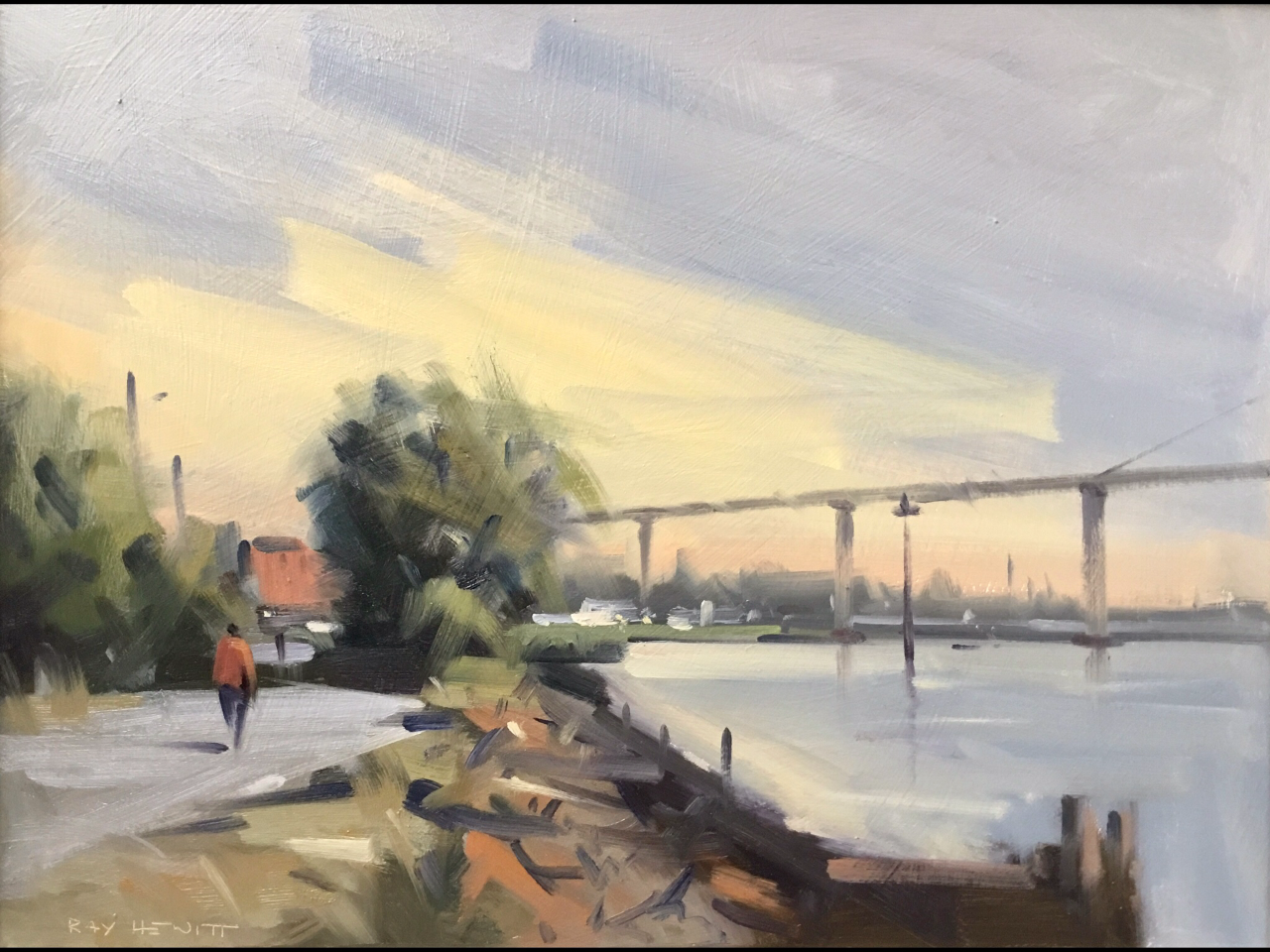 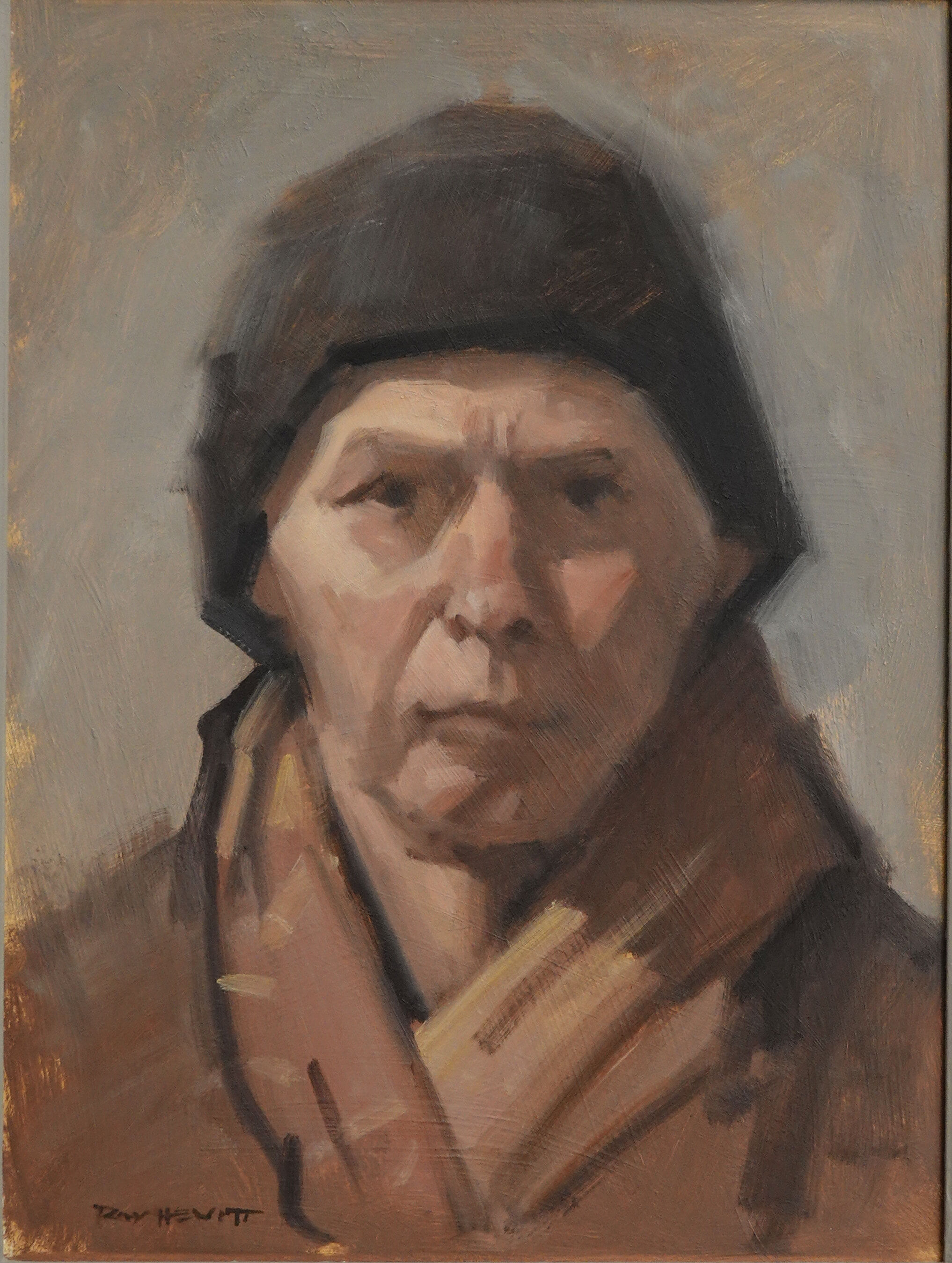 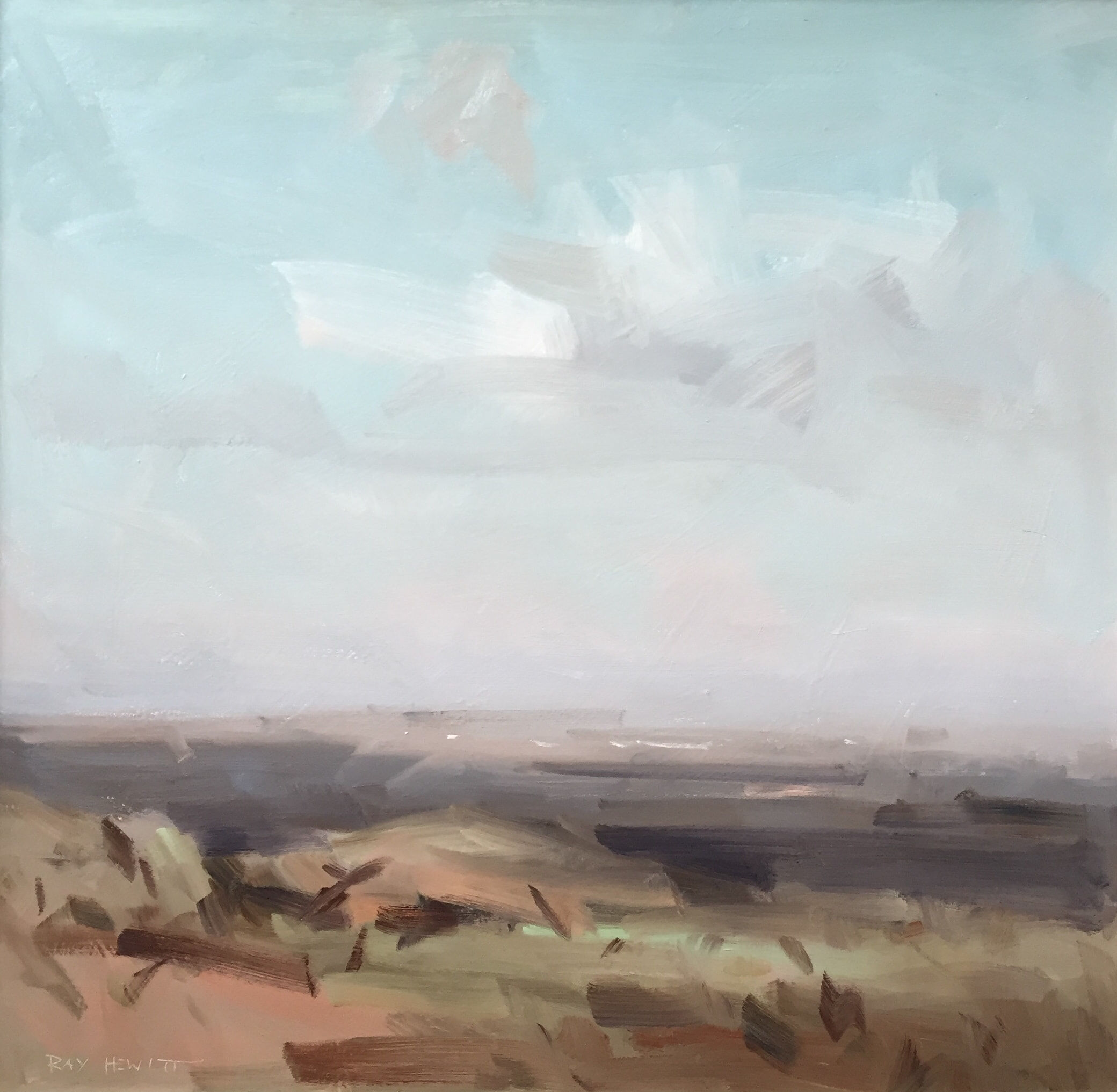 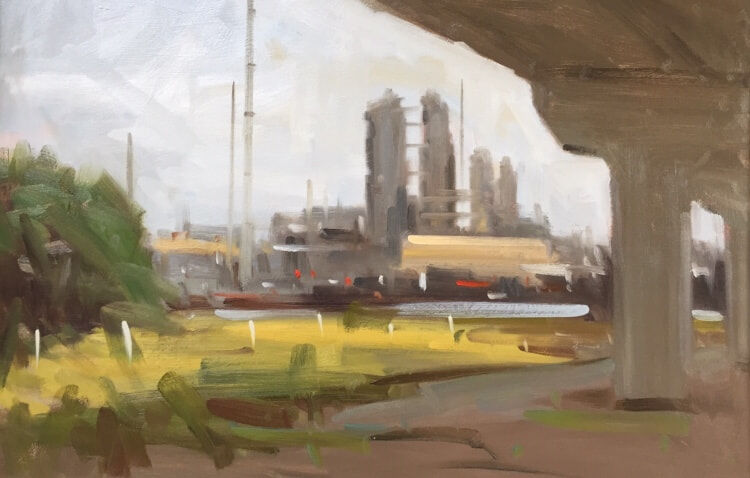 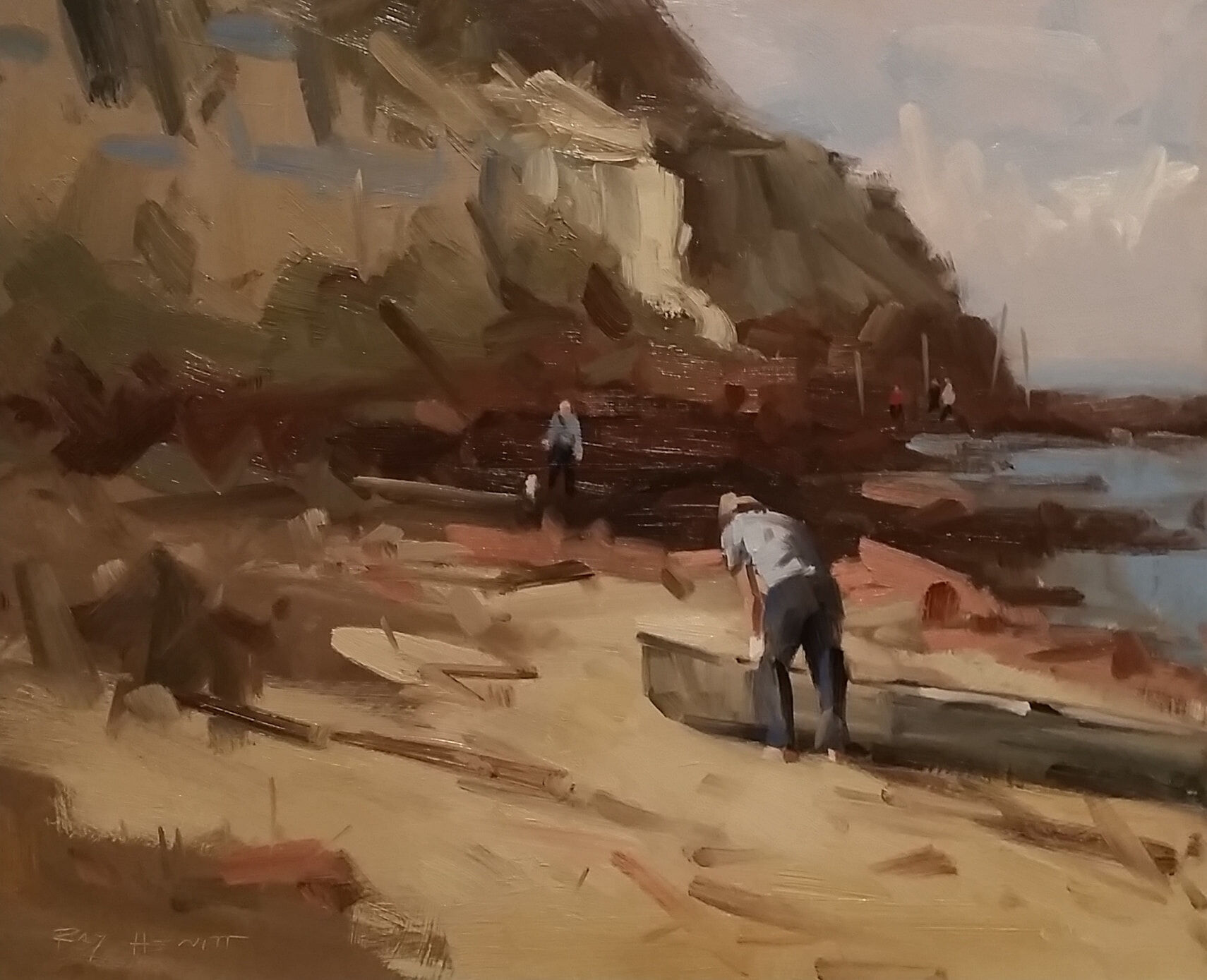 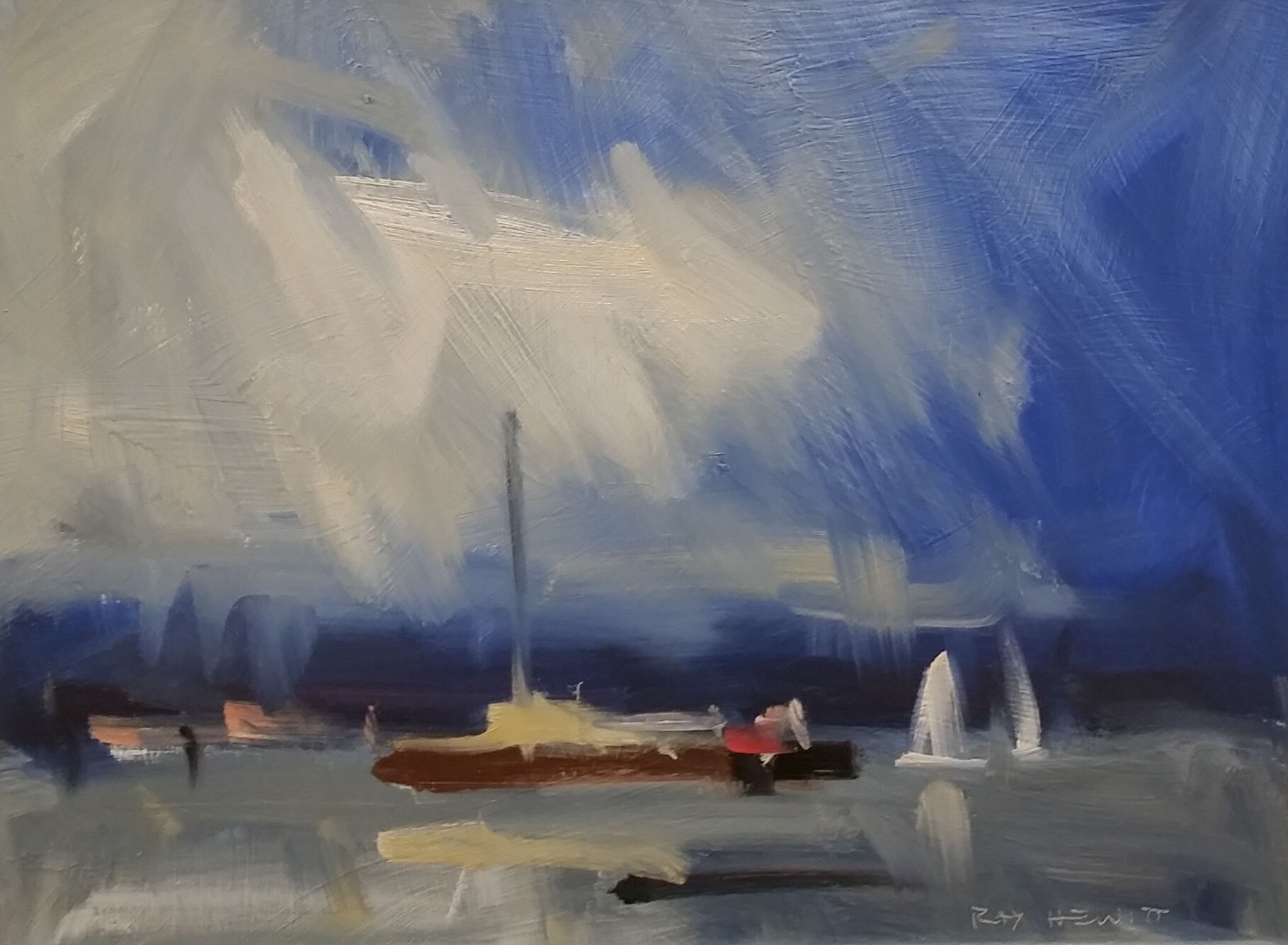