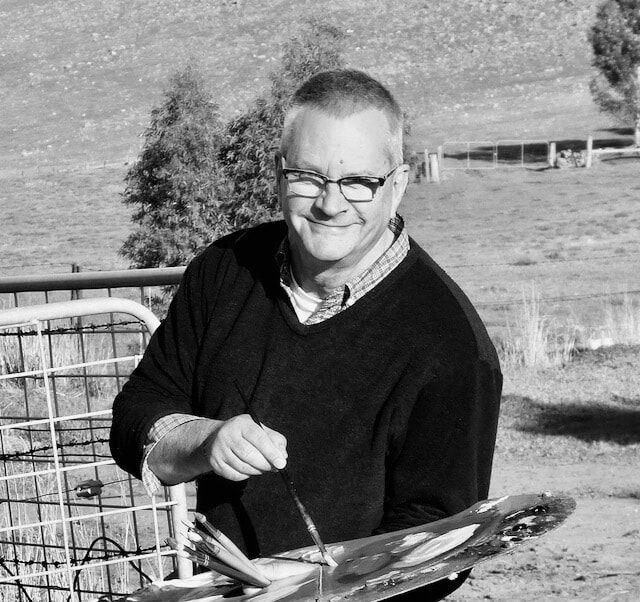 Paul was 2001 Artist of the Year at the Victorian Artists Society and is a Life Member and Past President of VAS and the Twenty Melbourne Painters Society. Paul is widely known for his colourful oil paintings of flowers, still life, landscape and portraits in the tonal impressionist manner. A very experienced teacher, he has conducted painting classes and workshops since 1977. Paul is in high demand as a judge and a very popular demonstrator of traditional painting techniques. His work has received well over 100 major awards including VAS Norman Kaye Memorial Medallion in 1998 and 1999. His studies include fine art at RMIT and the Camberwell Travel Scholarship. He has worked as a professional artist all his life. You can see more of his work by visiting his website. 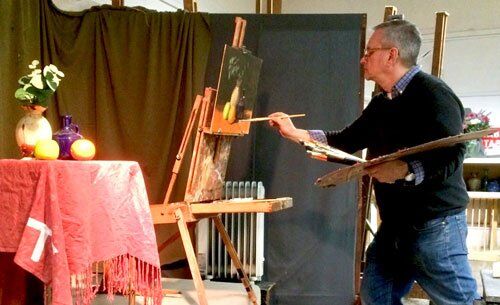 Born in Melbourne 1956, Paul started painting in his early teens inspired by artist Sir William Dargie who was to become his friend and mentor. He has made a full-time career of painting in the tradition of tonal impressionism since 1978.

Past President of the VAS (1998–2003) Paul joined 'the Vics' in 1975—aged 18—when new members were only admitted twice a year. He has maintained his involvement with the VAS ever since including 12 years on Council.

As a young painter in the 1970s he shared a studio in Russell Street Melbourne with artist Donald Cameron—where the Hyatt Hotel now stands—concentrating on still-life and portrait painting; often painting lunch-time portraits of city workers. The support and guidance from Dargie over many years was a rare privilege, providing many priceless memories. 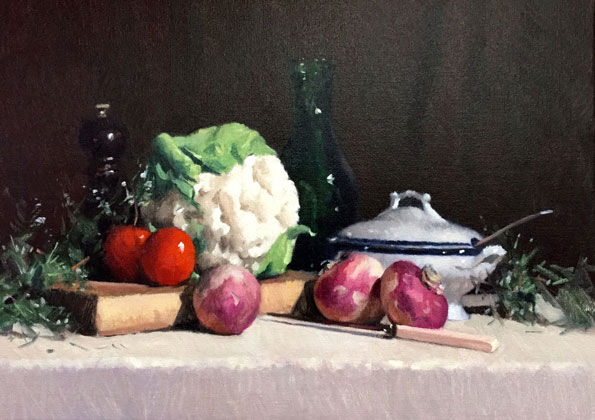 Exhibiting since 1974 he received his first award for watercolour from Charles Bush that year. Paul has conducted painting classes and workshops since 1977 and has taught painting at the VAS since 1990. He has judged countless art awards throughout 5 states of Australia and was Chairman of the AME Bale Scholarship Judging and Advisory Panel for 11 years.

During his 5-year VAS presidency Paul renewed the links between the VAS and the Royal Art Society of NSW leading to reciprocal interstate exhibitions in 2000 and 2003.

He established private painting groups, the Balwyn Oil Painters (1978) and the Moonee Valley Painters (1981) which continue today with enthusiastic members.

Well known for his paintings of flowers and still life, Paul’s work includes landscape, portrait, and figure painting. His many awards include the VAS Artist of the Year in 2001, the VAS Norman Kaye Medallion in 1998 and 1999. He is well represented in Public, Regional and Municipal collections including the Mildura Regional Art Gallery, Wangaratta City Art Gallery, Central Goldfields Gallery, many others in Victoria, NSW, and private collections worldwide. 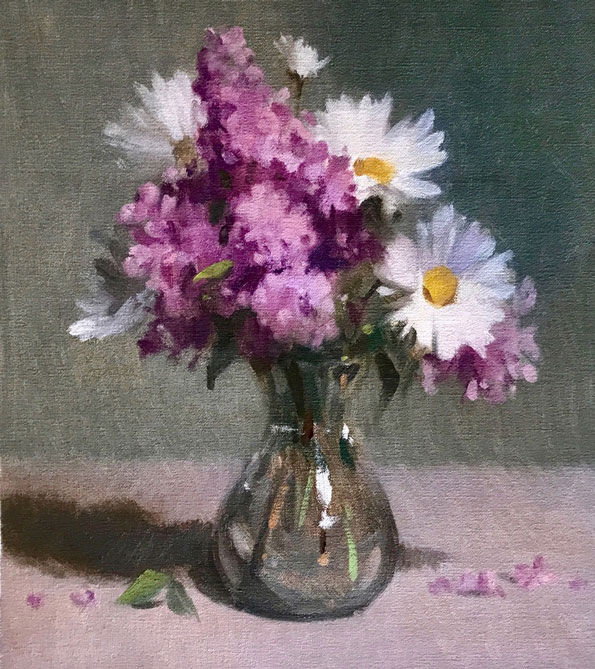 In 2005 Paul received the Order of Australia Medal for services to the Visual Arts as a painter and lecturer.

My paintings represent my interest in natural appearances and the time I shared before the motif. Fleeting or extended, I aim to capture the sensation of the moment—in the moment. 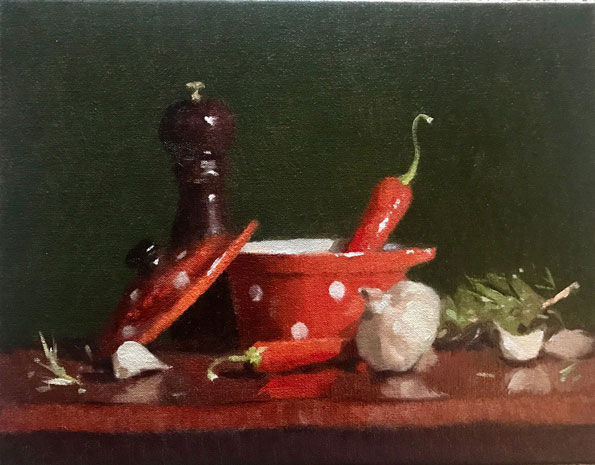 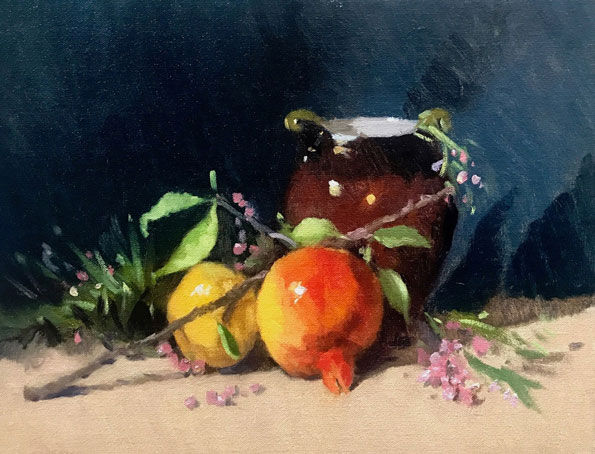 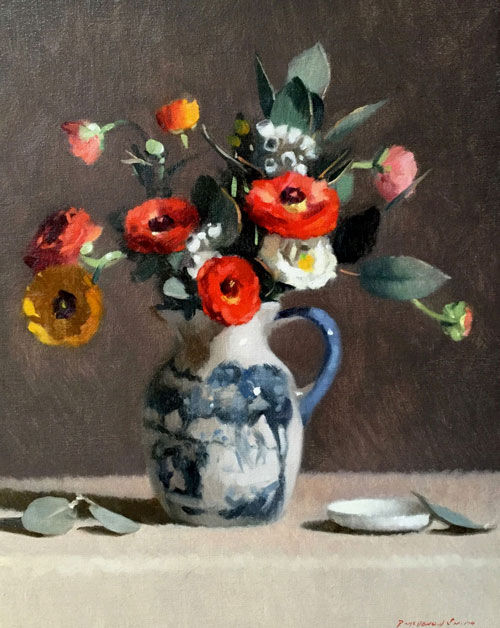 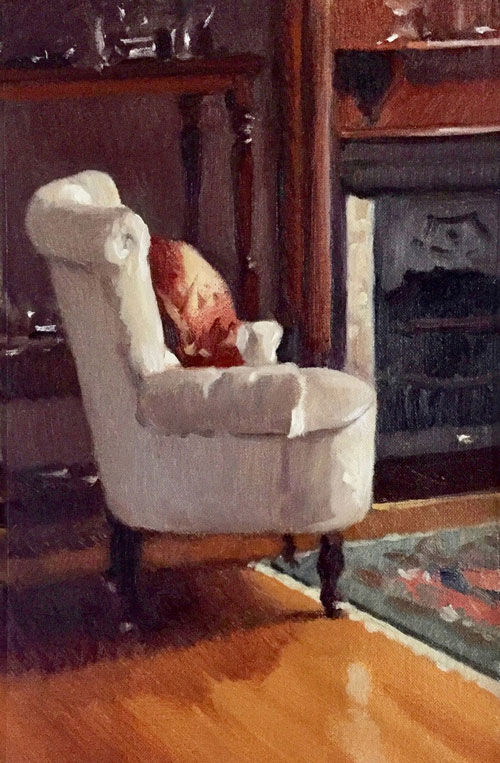 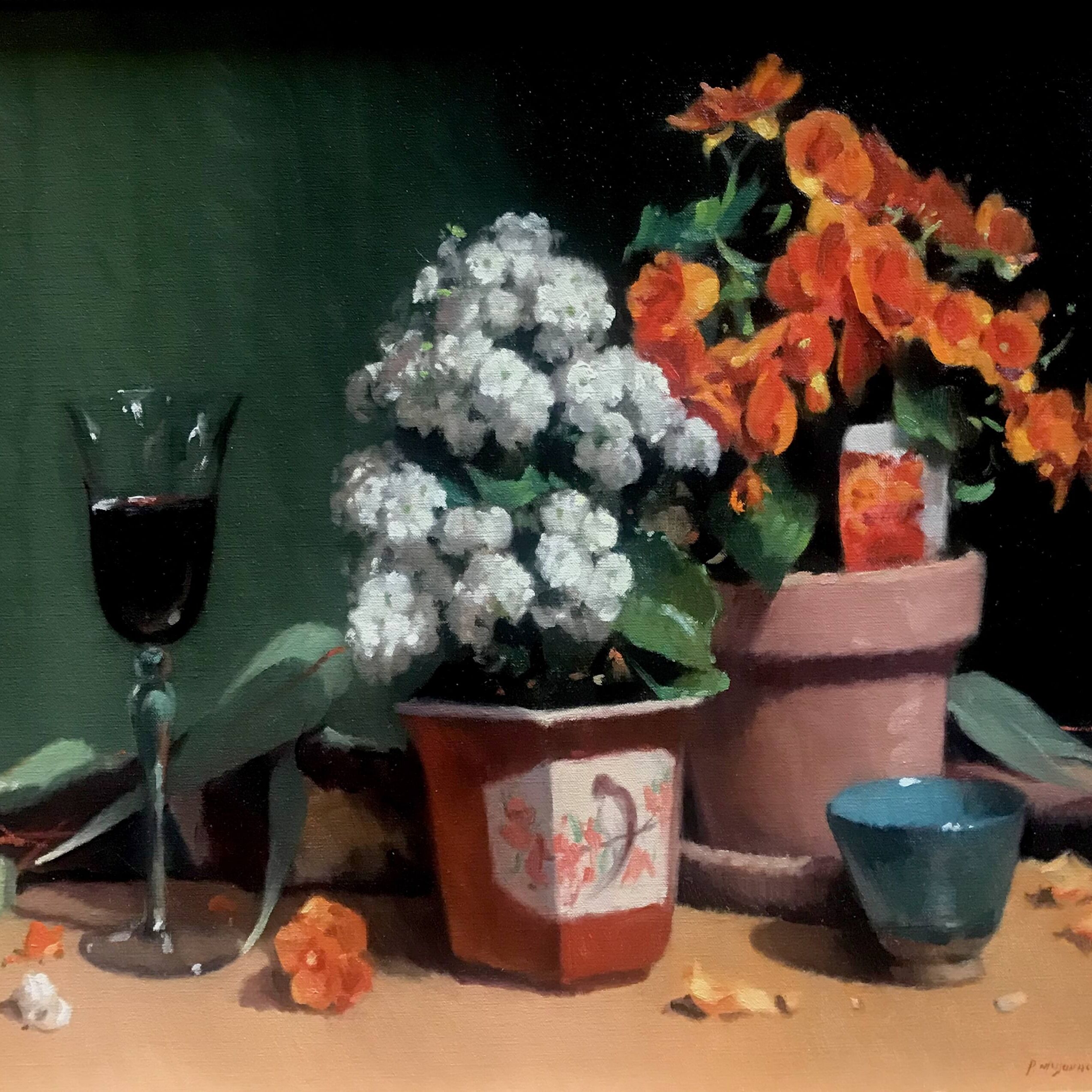 1:00 pm - 3:30 pm
In this class we observe the traditional approach to oil painting with a particular emphasis on tonal impressionist principles.
Please contact the office for availability.
Find out more 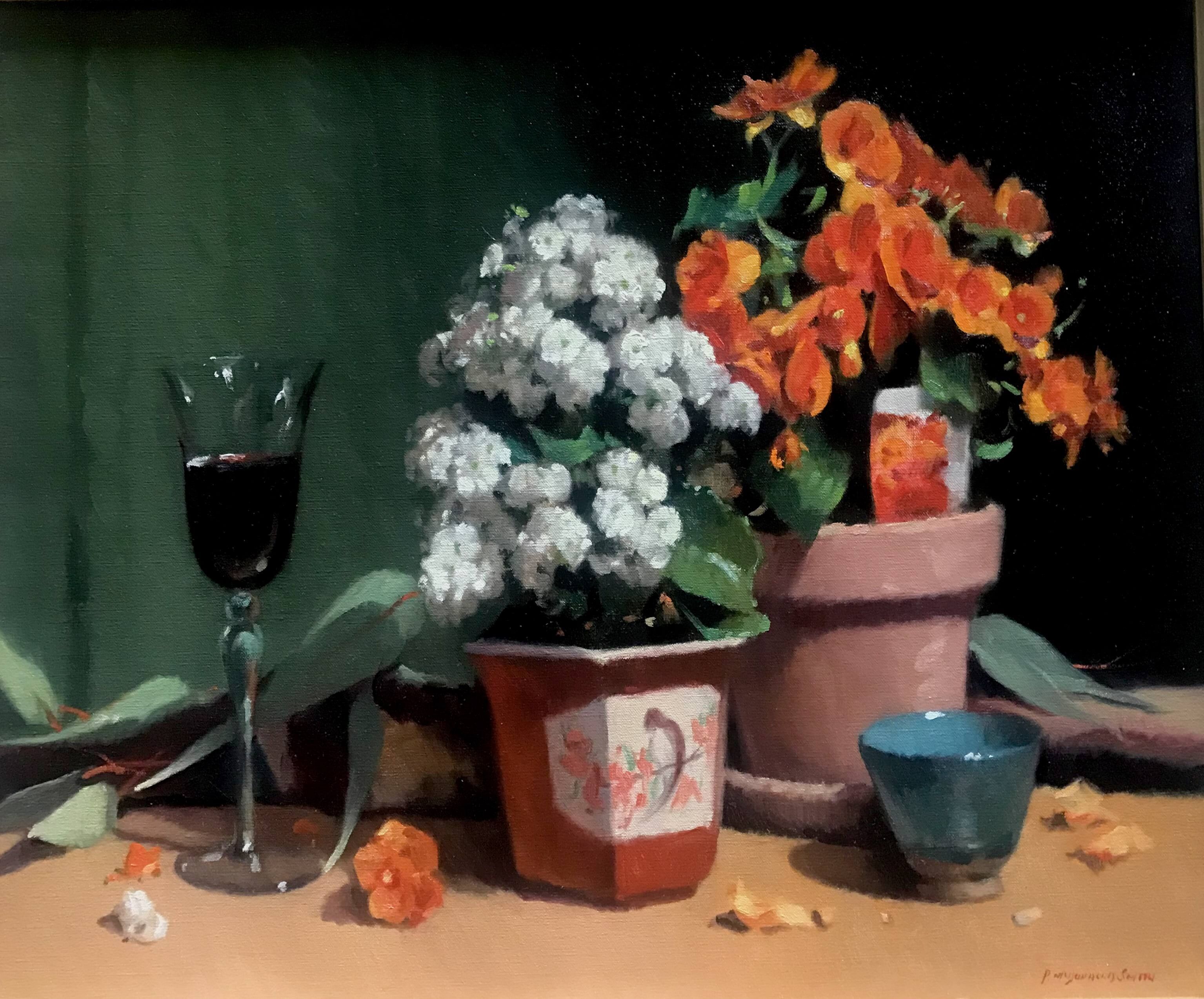 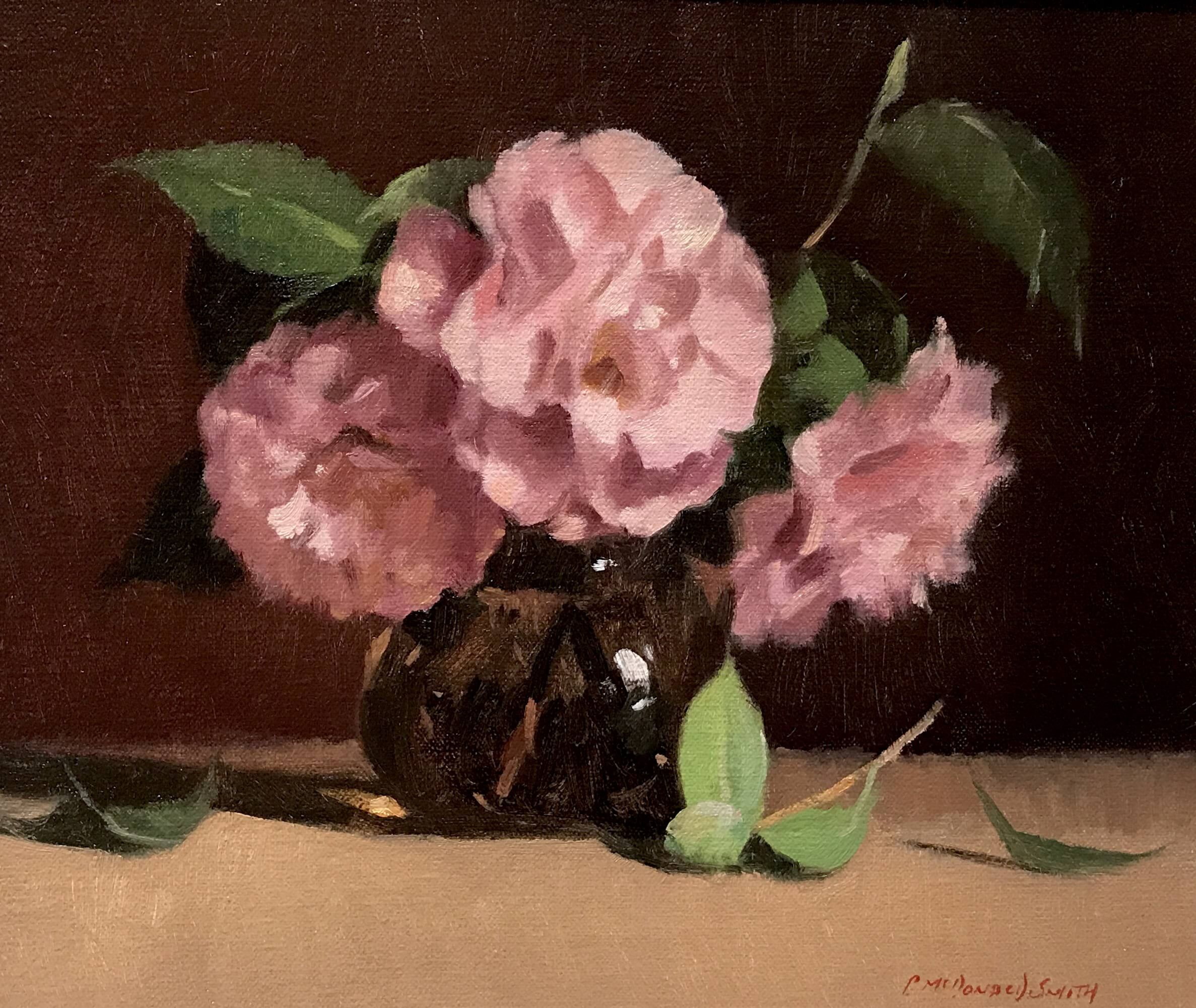 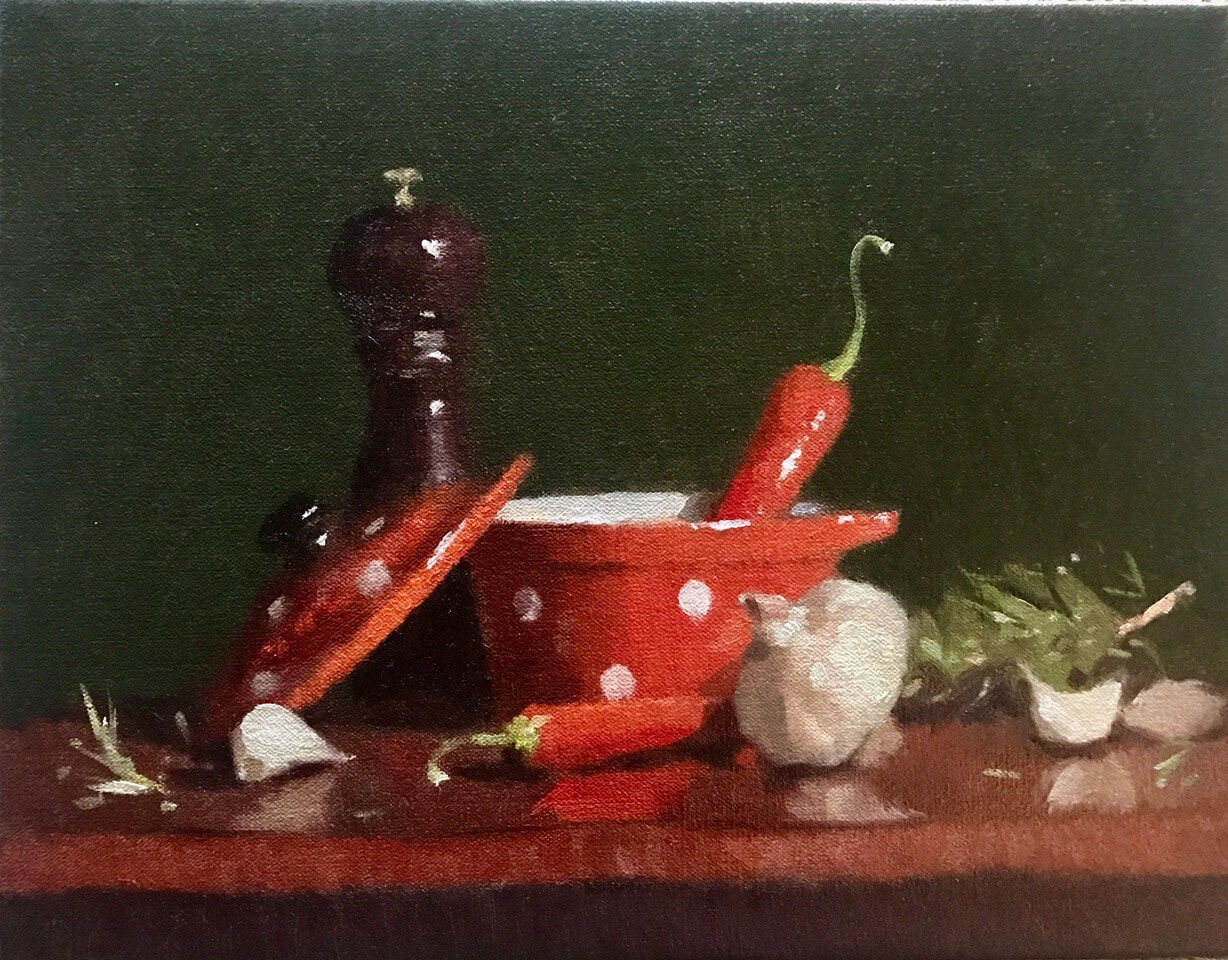