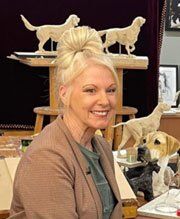 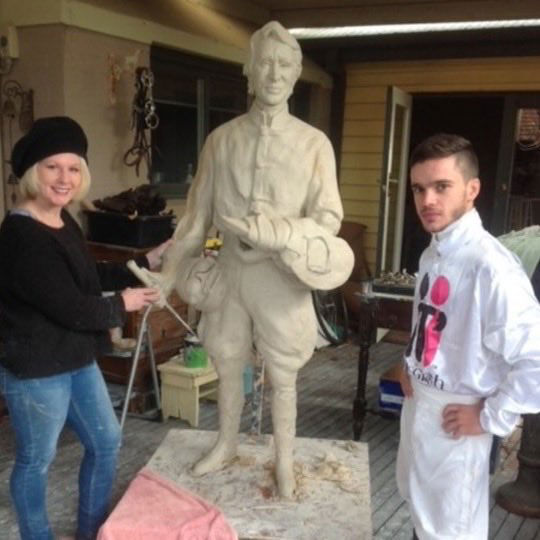 HORSES, DOGS and all that JAZZ

My earliest recollections of my life with horses began with pony rides at St. Kilda beach in the early 1960s …now showing my age⁠—this progressed to any ‘pony’ I could ride⁠—even if it was a mere ten minutes. Hence, began my fascination⁠—and at the age of eight⁠—fully equipped in riding attire⁠—my first serious ride was on a pony called ‘Buttons’ at Windermere Riding School in Ferntree Gully.

I never imagined at that tender age, I would have a lifetime depicting the grace and beauty of this noble beast. Spending days roaming fields and owning horses⁠—this idyllic childhood resulted in a yearning to draw and capture horses on paper. School books were filled with drawings, bedroom walls were covered in the same⁠—and supportive parents encouraged.

Belgian born Grandfather Marcel Leman, a watercolourist, former member of VAS and the Bottle Brush Club, and founding member of the Malvern Artists Society provided an awareness of a career in the field of art. The love of horses never waned, and the love of dogs also provoked a desire to capture them on canvas and paper. My work centres around a genre of art that encompasses the ‘Sports’ of Horses. Be it, Portraits, Fox Hunting, Horse Racing, Polo, or Dressage. Each genre provides an immediacy of action, colour, and inspiration.

Beginning my professional career in 1980⁠—my first commercial experience was to hire an abandoned ‘hotdog’ stand at the Royal Melbourne Show and turn it into a mini gallery.

This provided commissions and a belief that what I create will connect with an owner of a horse.

I had already begun to sell my work at the age of sixteen … but now this was a turning point. Magazine covers with my artwork flourished nationally and internationally⁠—my path was set.

Drawing in pastel on paper transpired to a yearning to embark in oil medium on canvas. Studying with Shirley Bourne at Malvern Artists Society created a desire to learn more. I had the good fortune to study under the guidance of Don James VAS FVAS⁠—in the 1990’s at the studio of Alan Martin. 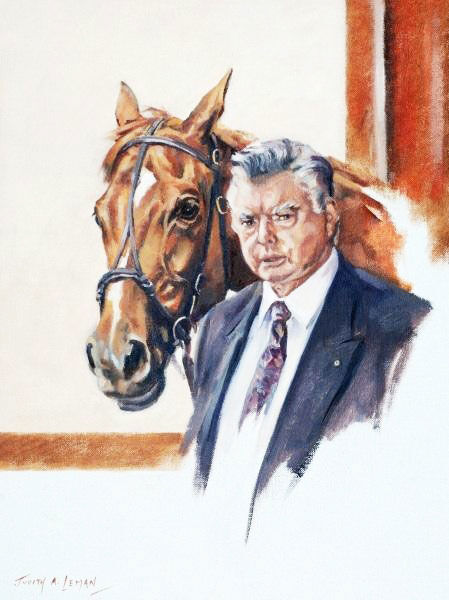 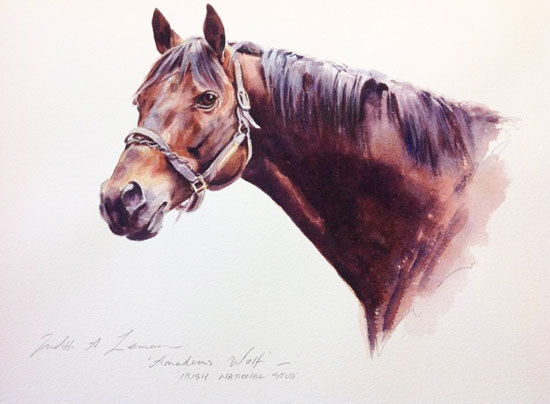 The years progressed and opportunities followed in the field of ‘equine art’. With three wonderful daughters, my life was fulfilled with family and art.

Commissions were a great part of my work⁠—however, I always preferred and cherished what my heart or mind told me to do⁠—a balance between the two hopefully held me in good stead.

My desire to sculpt emerged when I viewed the most wonderful bronze sculpture of thoroughbred Stallion ‘St. Simon’. This enlightenment occurred in the drawing room of Lady Anne Cavendish Bentinck, daughter of the Duke of Portland at Welbeck Abbey in UK. Having been commissioned to paint one of her thoroughbreds, this life changing experience has emerged into my now preferred medium of creative art.

‘What are pictures for? To fill a man’s soul with admiration and sheer joy⁠—not to bewilder and daze them’ … Sir Alfred Munnings. (As is sculpture).

This quotation has been a threshold throughout my career and my commitment to portraying them as they are enduring whether they be two or three dimensional. 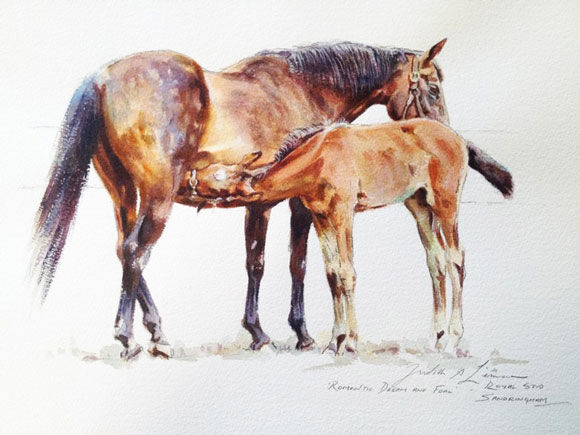 Striving to create sculptures in clay⁠—I wanted to create something of significance. Opportunity again arose in 2015 and I was commissioned by Bryan Martin OAM to create a life size bronze sculpture of Australia’s Champion Jockey⁠—Roy Higgins MBE to stand at Victoria Racing Club, Flemington. 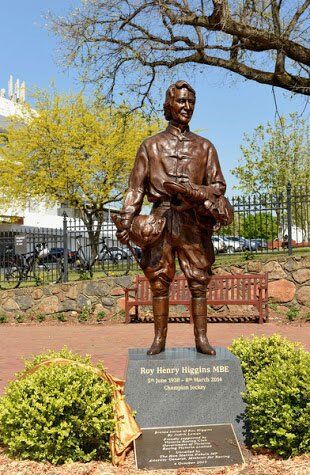 The bronze sculpture of Roy Higgins by Judith Leman at the Victoria Racing Club.

However, there was more to do, in a very personal and emotional recognition of the vital role played by our Horses in WWWI. Although experiences ‘In War’ was never spoken in the family⁠—I was extremely aware of the significant services my family had contributed. On my mother’s side, ‘Uncle Bert’ George Albert Radnell, AIF, born in Tarnagulla, Victoria, survived Gallipoli and WWI returning to Anzac Cove in 1935 being granted permission to bring back to Australia cones from the Lone Pine, where from these cones and seeds, the first trees were cultivated.

My second cousin, Joe Radnell also from Tarnagulla, served in the 3rd Light Horse, was killed during the battle of Romani in 1916.

On my father’s side, my grandfather Marcel Leman served in the Belgian Artillery. Marcel was awarded the ‘Order of the Crown’.

Great Uncle Rene Leman received a state funeral in Belgium for his services to the Belgian Resistance.

This family history influenced my desire to create a visual bronze narrative to pay tribute to the vital role our horses played in WWI.

Although a difficult emotion to let go⁠—I will be satisfied knowing the significance of our Horses in WWI will last in bronze for thousands of years. The story and legacy will never be forgotten. 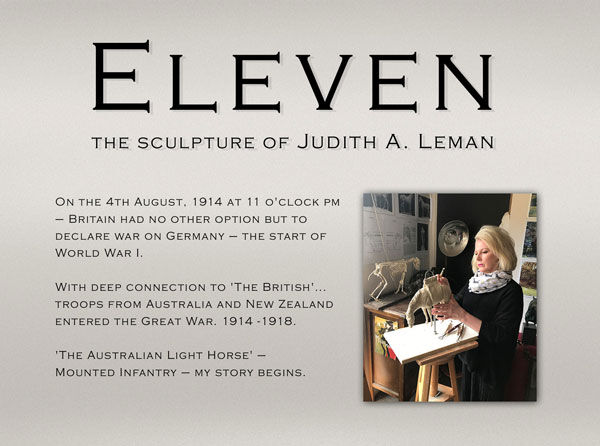 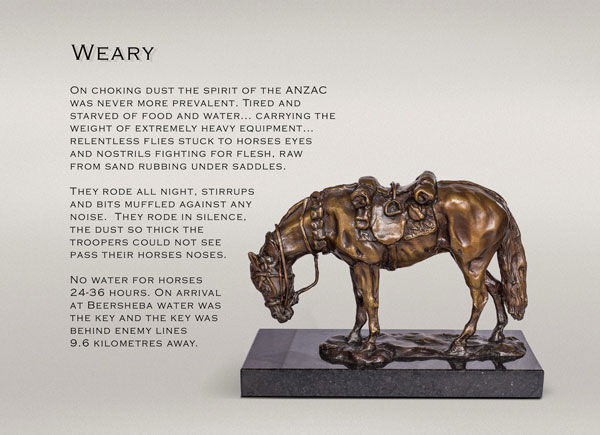 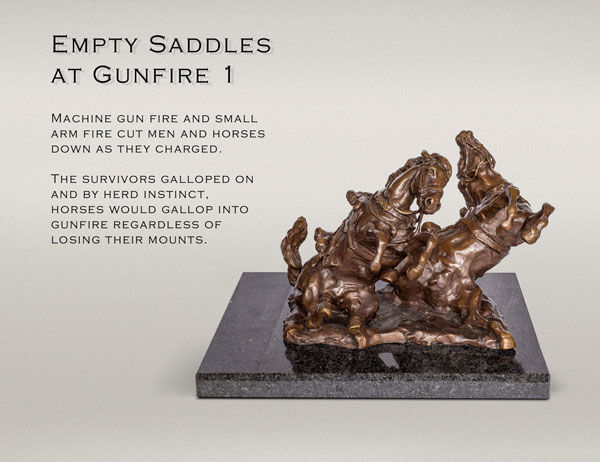 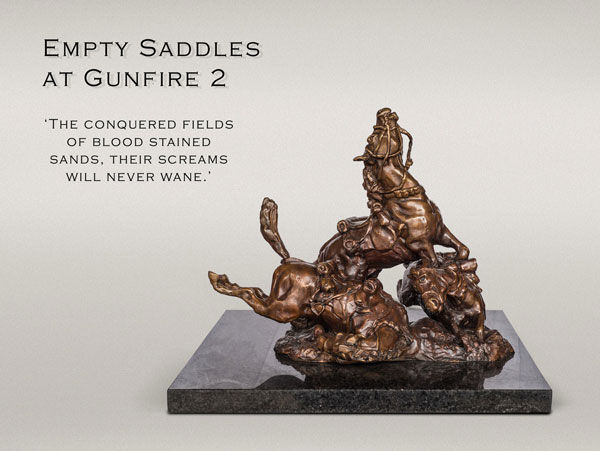 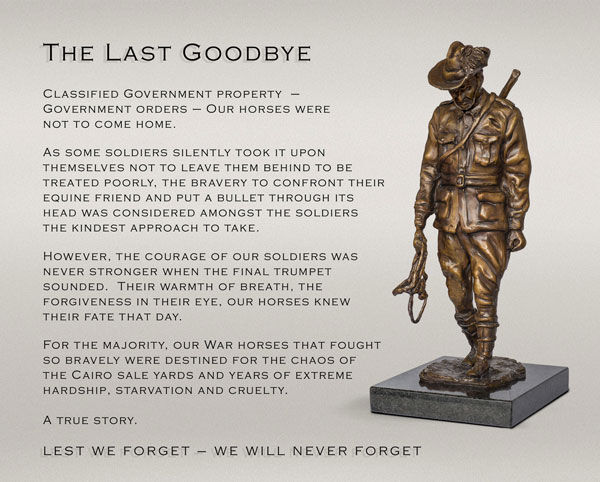