This evening at 7pm, the Society will be proudly celebrating the official opening of the building in conjunction with the presentation of the

and the Victorian Artists Society 2019 SCULPTOR OF THE YEAR AWARD

The completion of the heritage restoration coincides with the 150th anniversary of the Victorian Artists Society in 2020. 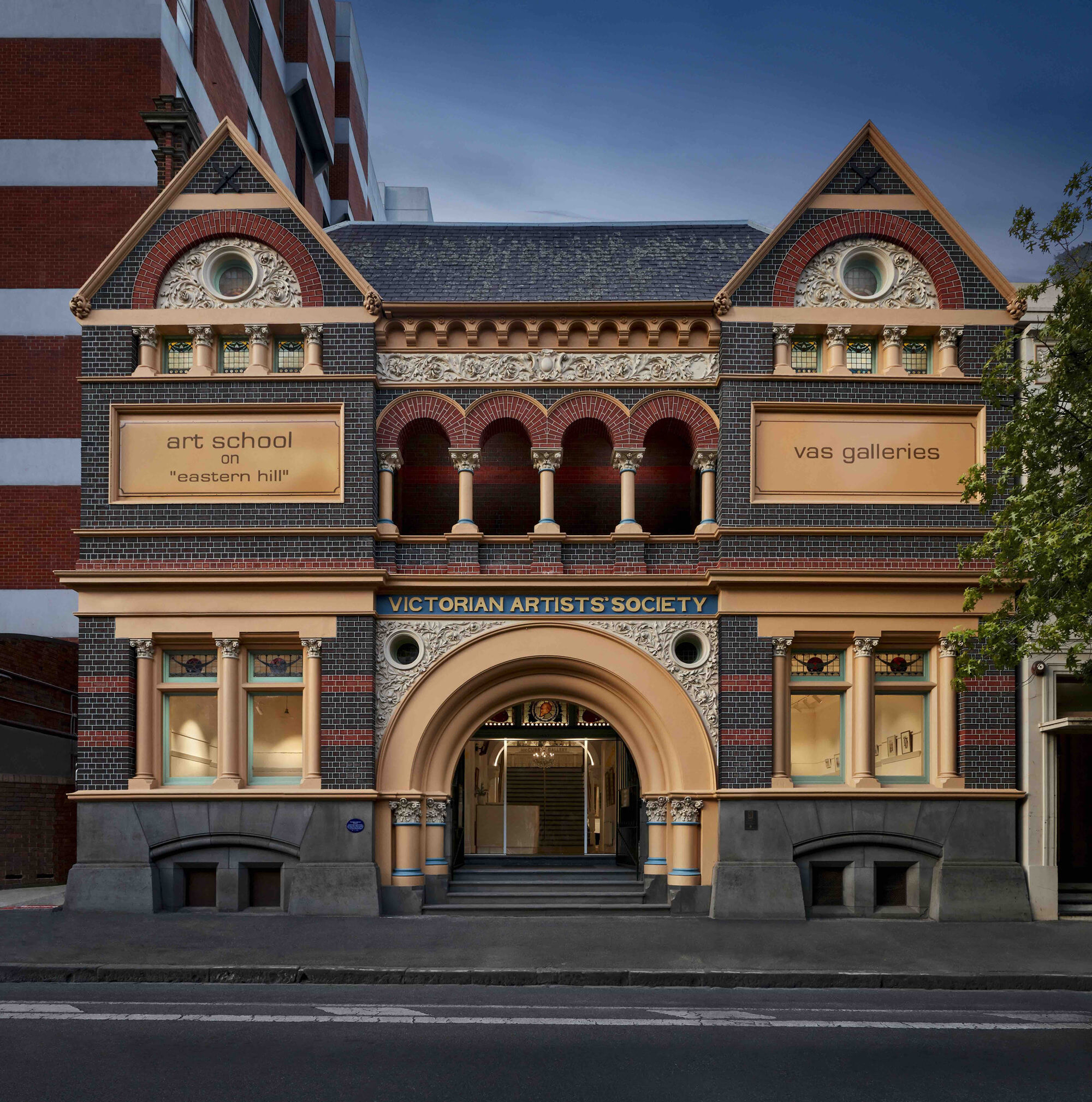 This heavyweight group were instrumental in not only securing the Crown Land Grant on which our building now stands, but in the early establishment of the Society as a legal entity. Immediately following the grant of land in Albert Street in 1873, a small bluestone building was erected, which although almost totally subsumed by the present building, still serves both as a studio and a reminder of our colonial past.

Later in 1887 talks commenced to unite the two groups forming the Victorian Artists Society. It is within these walls that young artists including Arthur Streeton, Charles Conder, Tom Roberts, Walter Withers, Frederick McCubbin, and many others, commenced their journey of brushstrokes, which today form the foundation of Australia’s major art collections in national galleries across Australia.

This building is a public asset and learning centre for following generations, and is open to the public and all of those who love art.

The Victorian Artists Society's historic restoration of the building will ensure this historic birthplace of Australian art continues as an important part in the lives of significant and ordinary Australians, from the time it opened its doors in 1892 and well into the future.

2023
VAS Paint Out at McClelland Sculpture Park and Gallery