Barbara McManus is a professional artist and teacher with over thirty years experience.

In 1986 Barbara won the AME Bale traveling scholarship and was a finalist in the 1990 Doug Moran National Portrait Prize. She has works in private collections in the US, UK, Switzerland and Australia and is highly regarded for her impressionistic work in both pastel and oil. Figure and character studies feature prominently in her work. 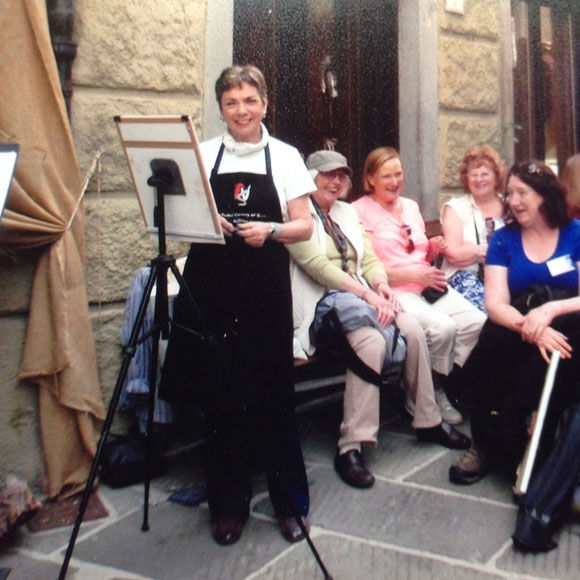 The Victorian Artists Society has for many years been a major part of my life. From an early age, my learning has always been towards the arts owing to the encouragement I received from my mother, a professional artist who was also raised in an artistically musical family. Being apprenticed to a milliner upon leaving school was not my first choice, but creating model hats as well as dressing the salon windows was a great start into the world of the arts.

I was married in 1961 and the next few years were kept busy raising our three sons John, Peter, and Patrick. When the latter started school I, along with a neighbour, joined a local art group tutored by the wonderful Carol Boothman. Every Tuesday was spent this way; painting en plein air in the morning, to Carol for ‘crit’ in the afternoon, mostly completing the study by the end of the session. I was joined by five others from the group (my mother, Nan being one of the five). Eventually we were to have many exhibitions over the years as ‘The Tuesday Painters’ almost 40 in all, with a percentage of the profits going to a chosen charity.

Not long after joining the Vic’s I was invited to go on the Council. One of the members who was teaching there asked me to take over her class as she was leaving to tutor closer to her home. The class covered oils and pastels with portraiture and still life subjects. I had won prizes in both, so she felt I was well qualified.

In 1986 I entered the AME BALE Scholarship and was fortunate enough to win. The prize was for one year’s overseas travel enabling me to visit many countries including Russia, to meet other artists, (some with whom I still correspond), and absorb the art from different cultures.

This was my first taste of overseas travel and when, in 1991, I was contacted to see if I would escort, as tutor, a tour to China. I didn’t hesitate to, and the tour was mainly on the east coast. Then in 1995 came another, this time travelling the Silk Road. Naturally I accepted with alacrity! It was all so wonderful.

These experiences brought forth several subsequent offers to France, Italy, Greece, and Spain. As for my own country, apart from workshops, judging, demonstrations in Canberra, Brisbane, South Australia, New South Wales, Tasmania, and country Victoria, I’ve seen very little. These occasions are full on. They don’t allow time off for my own painting. I feel it’s time!

I still recall the excitement of joining the Vic’s and then submitting my work in the next ‘Ordinary’ exhibition. It was not selected, but I was thrilled to see it hanging in the Cato Gallery (which was later to be my first and subsequent venue for solo exhibitions). From that time on I made it into the upstairs galleries. I just knew I had to try harder and be more self-critical.

I hope to be able to continue teaching there for years to come. It’s such a joy to see students coming on and I’ve made many friends amongst students, members, staff, and all involved in this magic institution.

10:00 am - 12:30 pm
Students in this class have their choice of medium, and will be working from a model for half of the term.
Please contact the office for availability.
Find out more 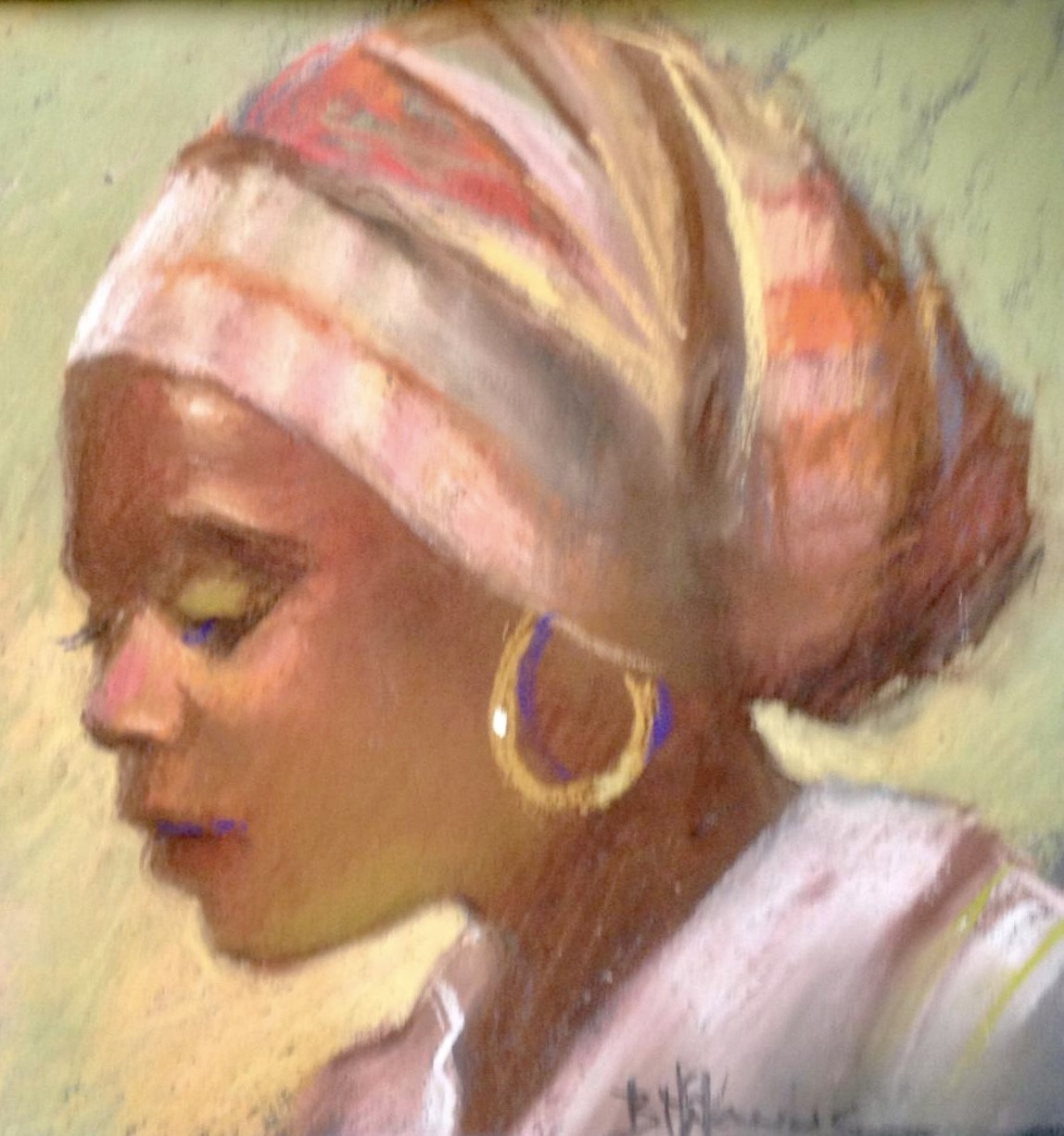 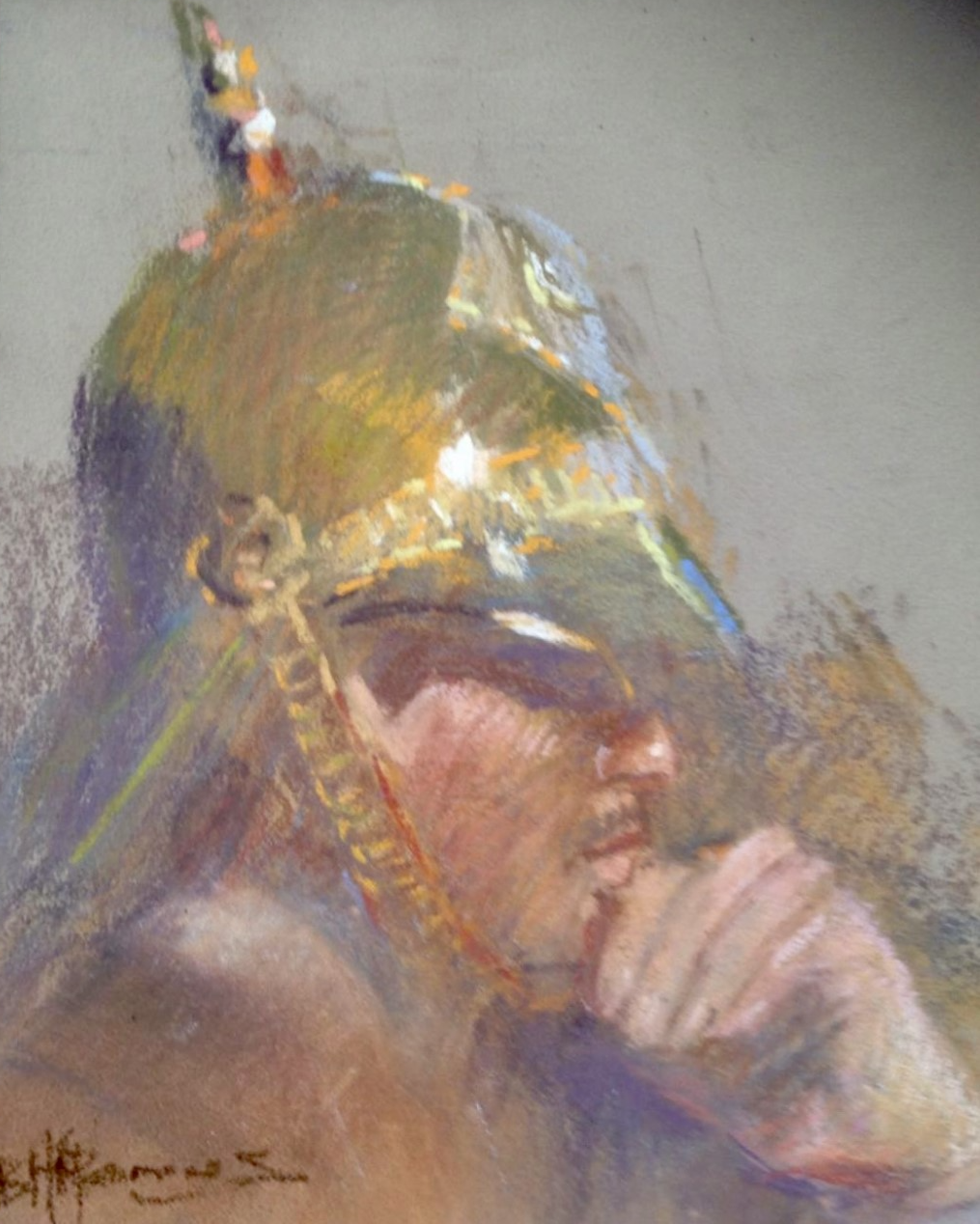 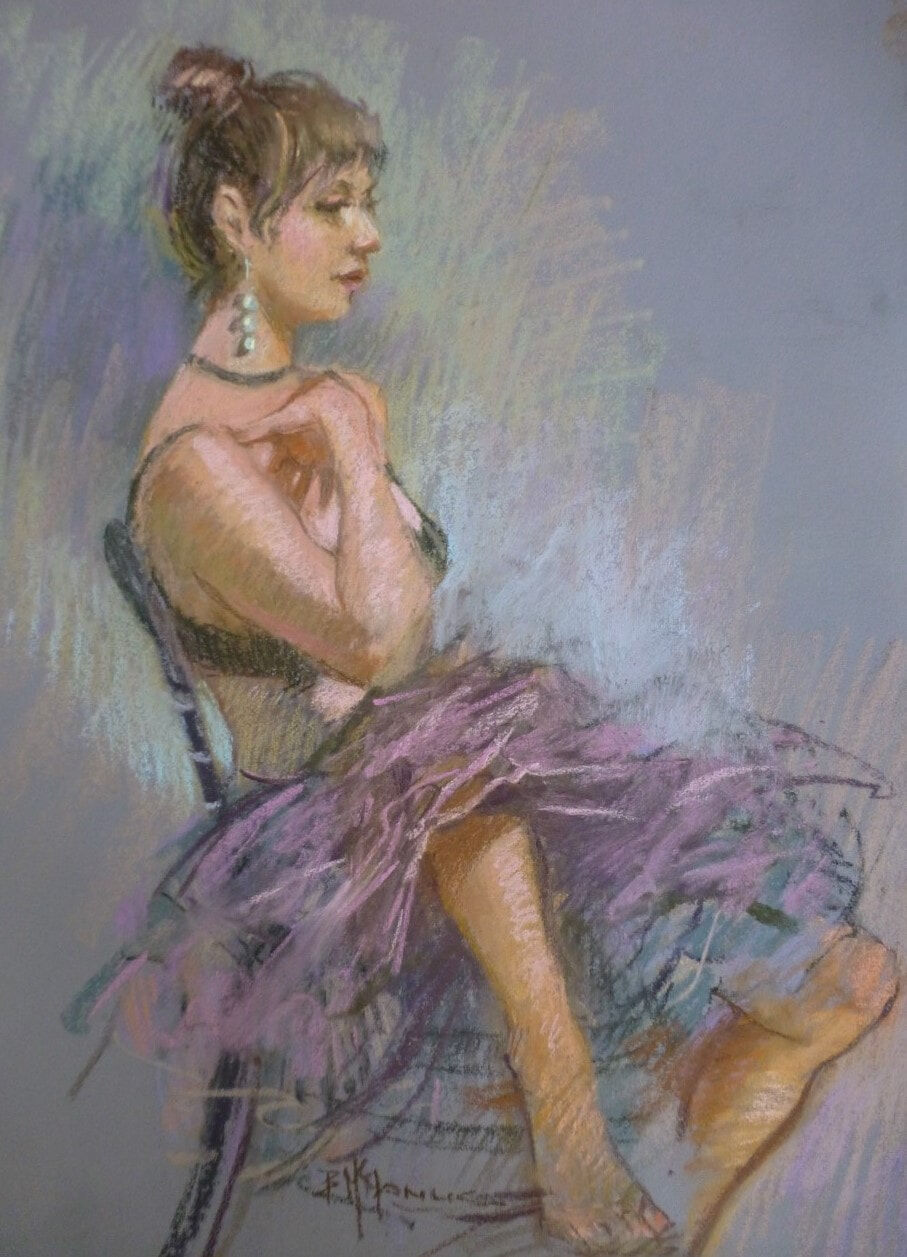 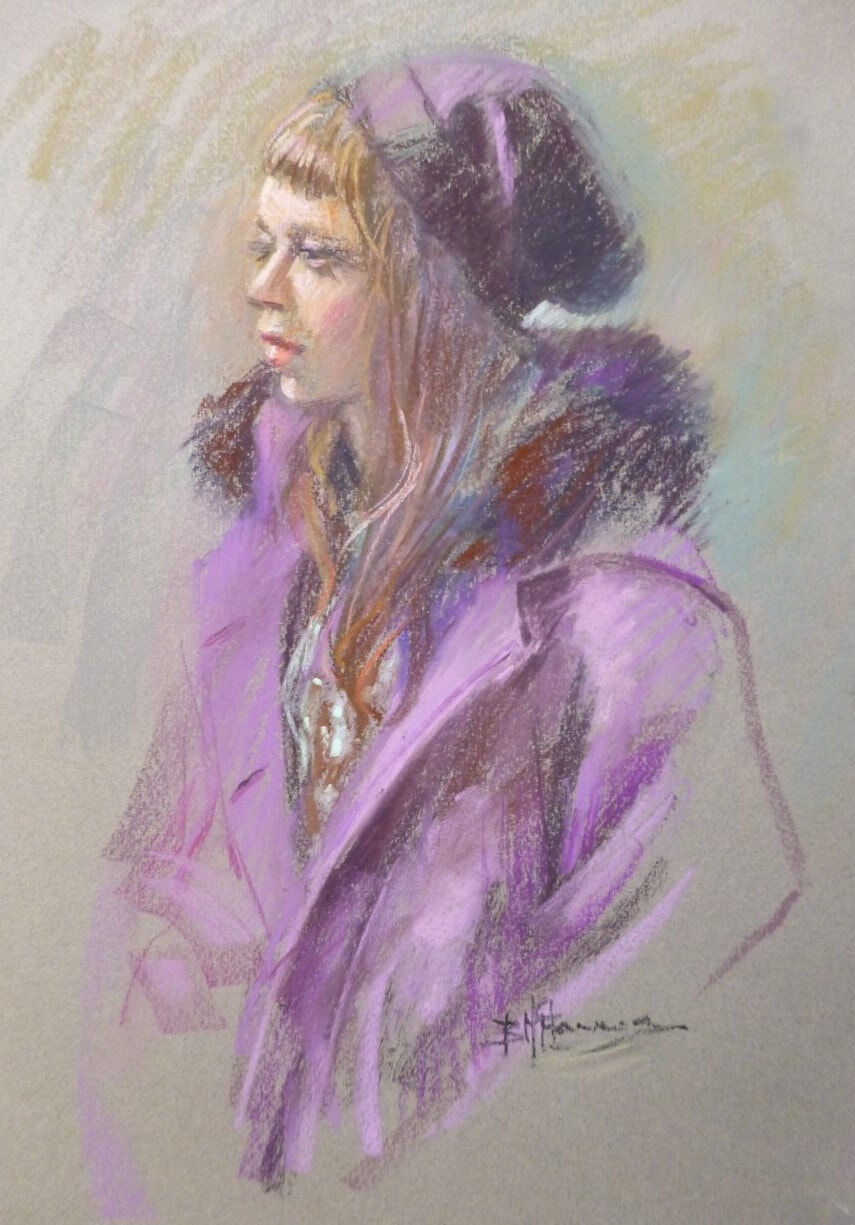 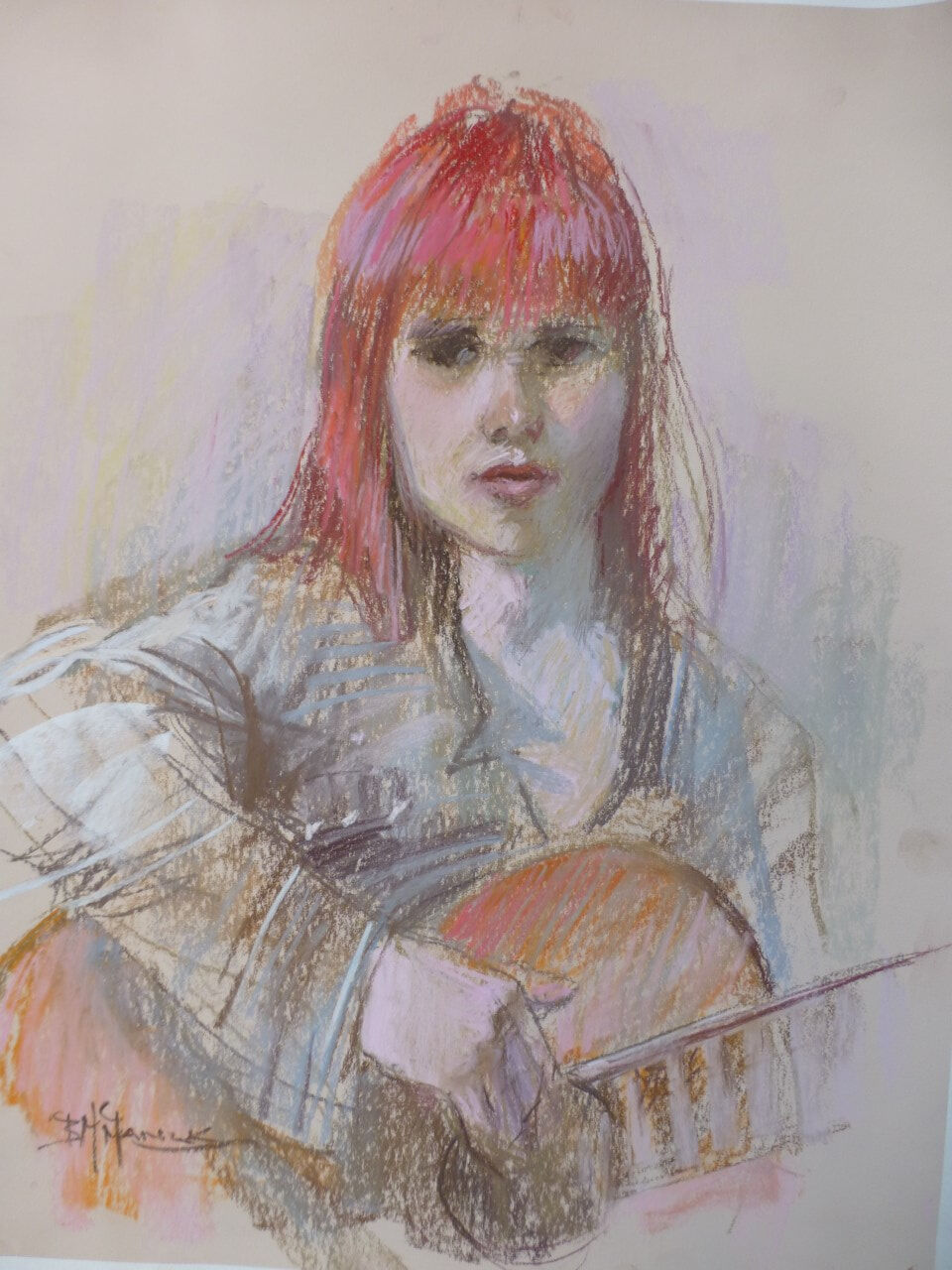 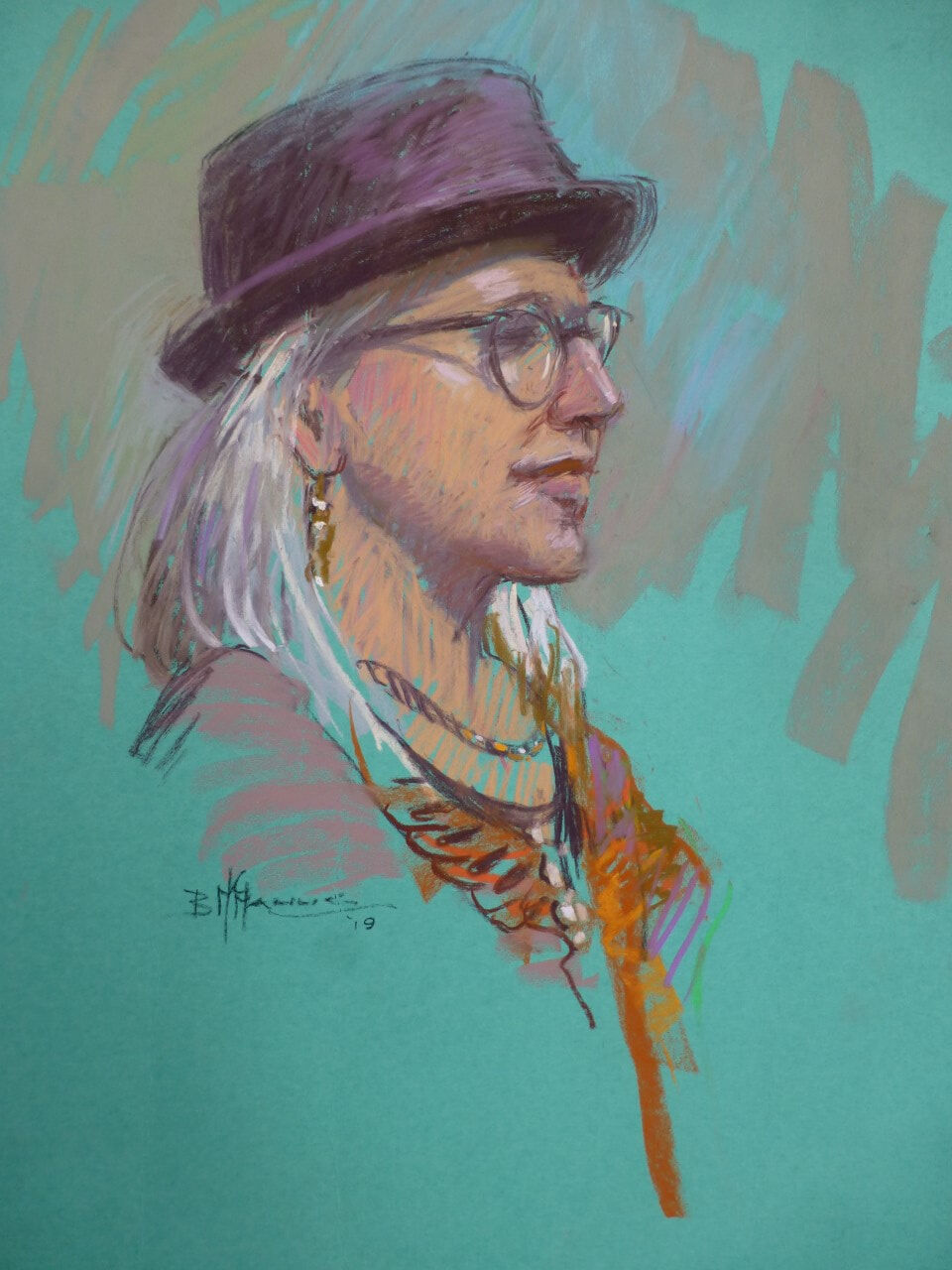 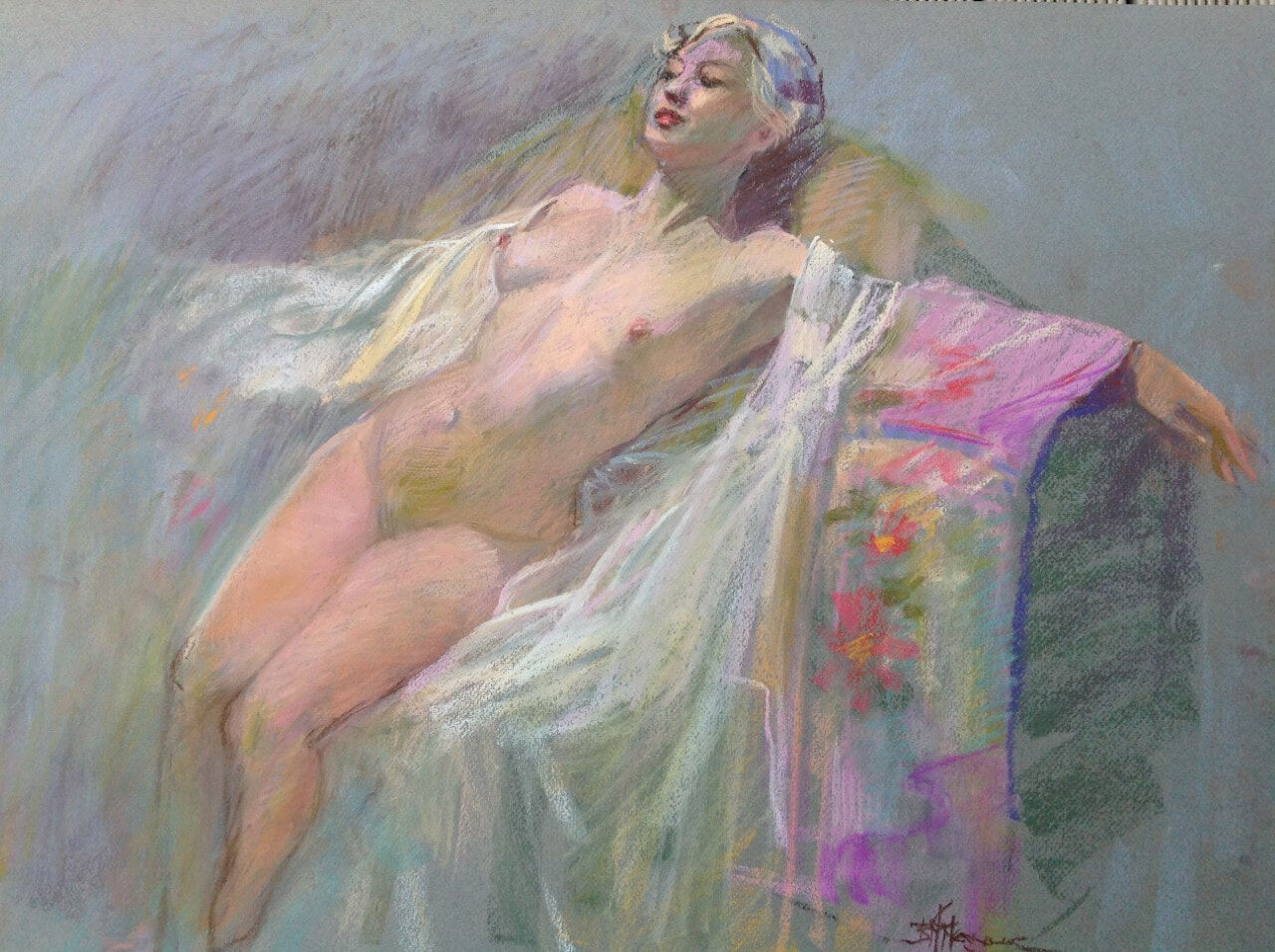 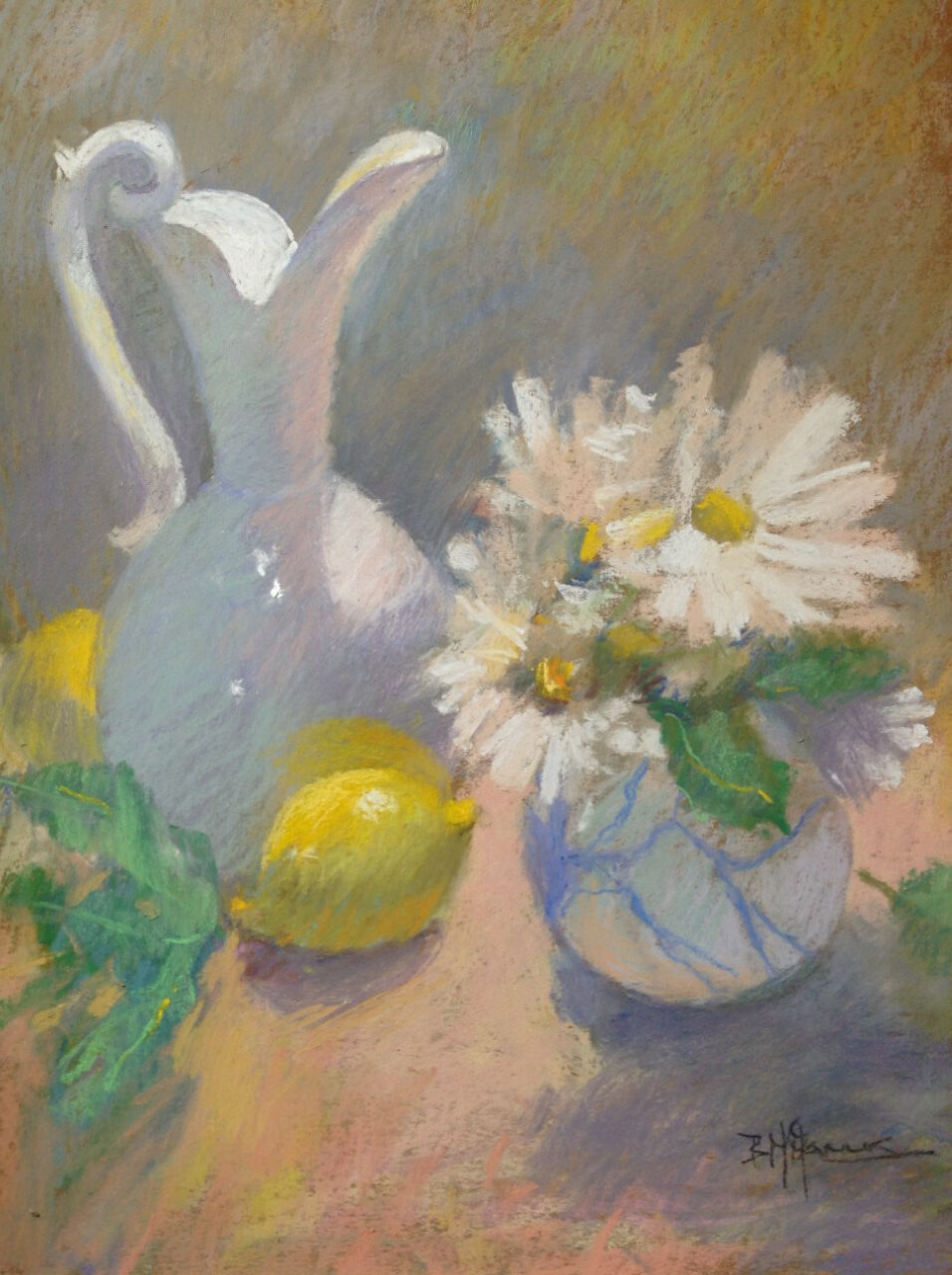 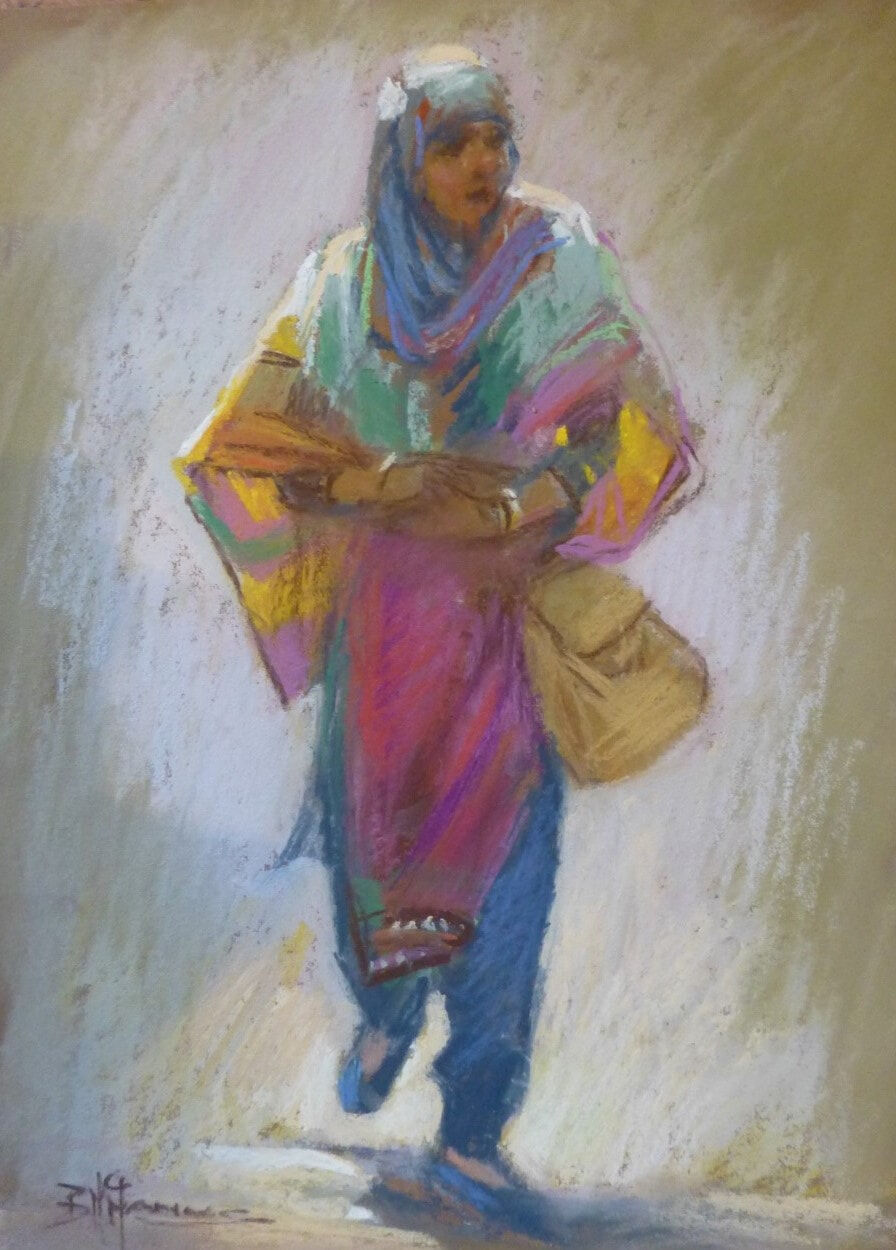 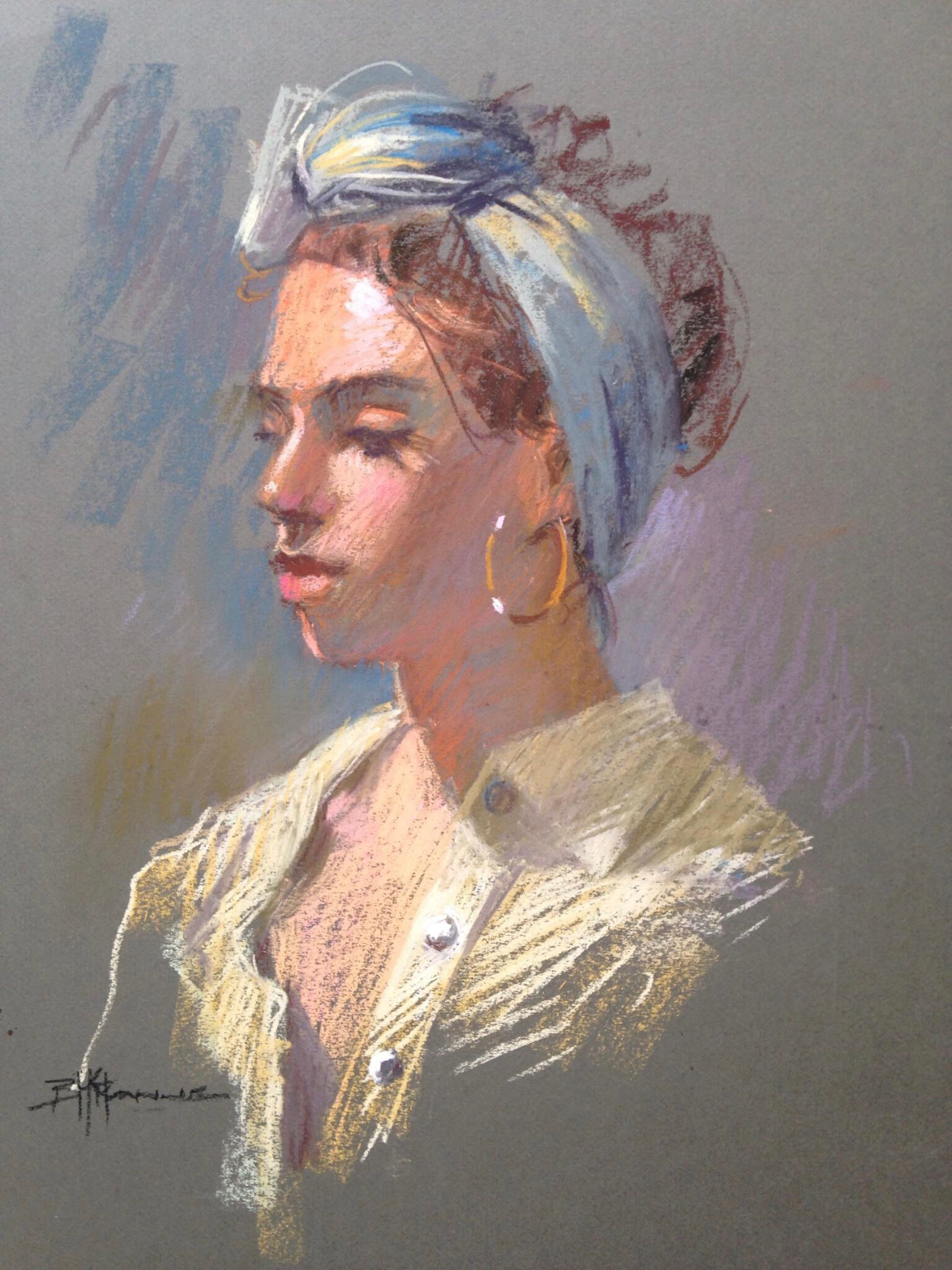