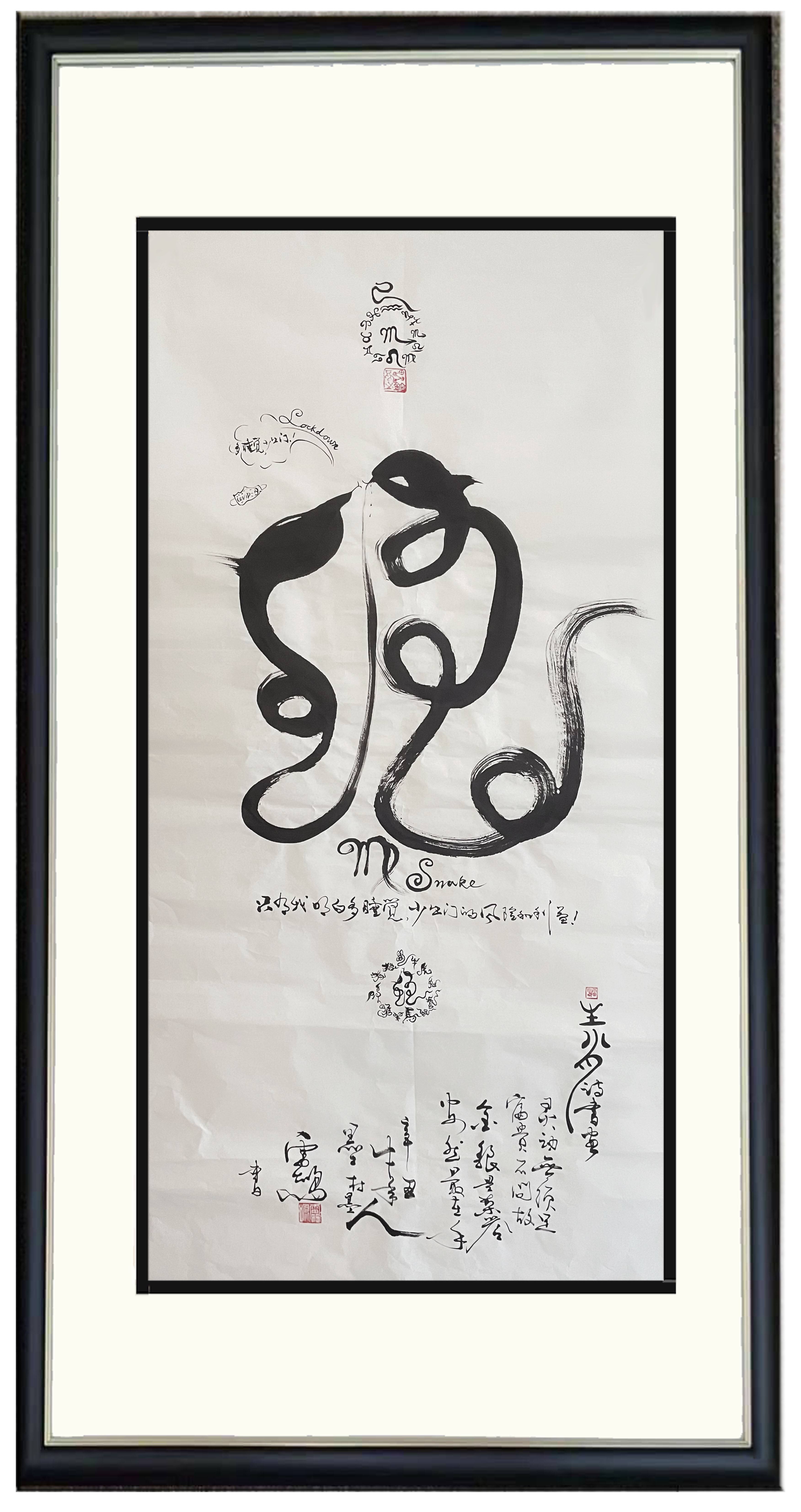 Enquiry
Artist:
Ming Lei
The hieroglyph 'snake', which has been used in China for 5000 years, is also the sixth of the 12 zodiac signs, and it is also called Xiaolong. People often regard it as an animal as vicious as Scorpio, but the astrological counterpart is Virgo, which is the most spiritual, safe, and dormant animal. Victoria has locked city many times because of the COVID-19, which reminds people of the feeling of a snake, and persuades people to avoid going out and safety first.
Shipping Information