Exhibiting until Monday 24 May 2021 in the VAS Cato Gallery 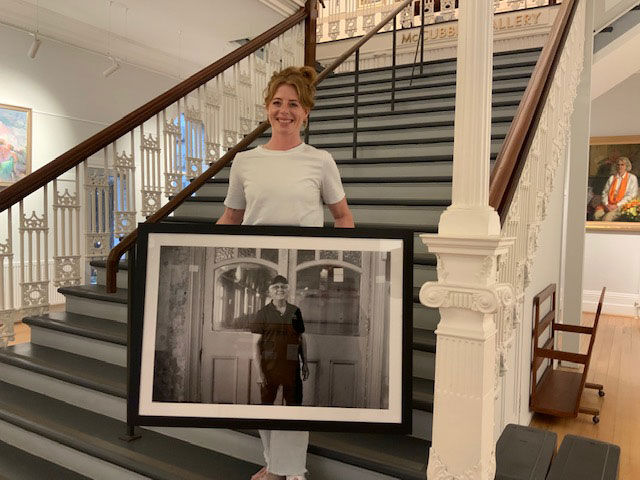 Genevieve Ackland started as a trainee train driver in 2014 after changing from her previous career as an Environmental Scientist, where she specialised in climate change research and mitigation within forest ecology. She currently works as a driver out of Newport depot in the west of Melbourne.

A self-taught analogue photographer, Genevieve uses a 1964 rangefinder camera with 35mm film, and enjoys photographing the railway community and creating a historical snapshot of her workplace and colleagues.

This is Genevieve's second solo photography exhibition, after showcasing her work on female train drivers 'Women In Trains' in the Campbell Arcade in 2019.

Railwaymen is a series of portraits featuring some of Melbourne’s longest-serving train drivers, photographed in sites of historical significance across the city’s railway network.

These powerful and intimate portraits reveal the human faces behind Melbourne’s railways, and capture the knowledge and wisdom of decades of experience.

John McMahon and the Ballroom 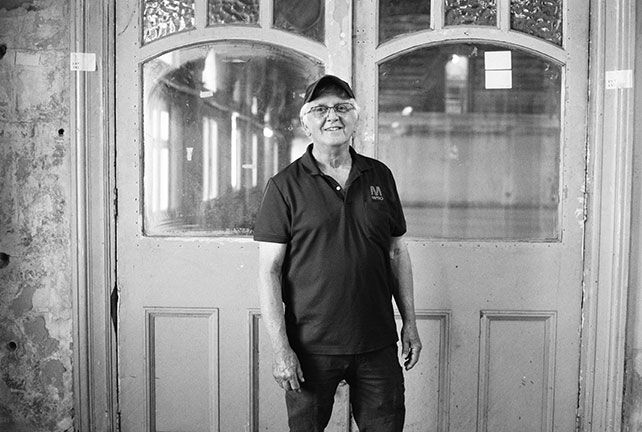 John McMahon joined the railways in 1976, seeking a secure job to support his young family, signing up for a 96-hour fortnight as a trainee driver commonly known as a 'fireman'. After spending 6 weeks cleaning the exterior of locomotives coming through the fuel point at South Dynon, he spent a further 6 months in a training classroom, before being transferred to Ouyen in North-West Victoria, where he lived in a Departmental Residence.

Paired with a qualified driver to start practical on the job training, after 4 years as the 'second person' on passenger trains and fast goods trains, John was eligible to sit the exam for his drivers ticket. Enduring a gruelling 4 hour face to face theory exam, and a 10.5 hour practical driving exam, John was finally accredited as a Junior Train Driver (Engineman 3).

After a career spanning 45 years, John intends to retire at the end of 2021. He fondly remembers the people and community, and the support and unique understanding of his workmates over the decades of his experience.

John is pictured here standing at the entrance doors to the ballroom at Flinders Street Station, located on the third floor of the iconic building in the heart of Melbourne’s CBD. Built in 1910, the room was originally designed as a lecture hall for railway employees. The ballroom was used regularly throughout the 1920's as a venue for dance classes and events, hosting dance bands every Wednesday night throughout the 1930's, and providing a venue for social club activities and weekly YHA meetings from the 1950's through to 1985. The early days of dances in the ballroom included a special floor treatment to provide a slippery dance floor, of a mix of sawdust, turps, and candle shavings.

Robin McMurray and the Clock Tower 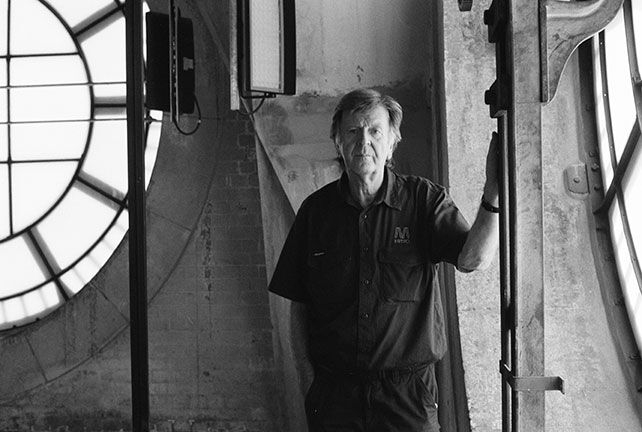 Robin McMurray joined the railways in 1970 as a fireman at 15 years of age, beginning his path towards fulfilling a childhood dream of becoming a train driver. He completed his high school education whilst an employee of the Victorian railways, and successfully passed his train drivers exam in 1977.

Posted around Victoria through those early years of his career, Rob especially enjoyed working in the countryside and living in country hotels, practising his arts and painting after work hours and being a welcome guest in local arts groups. Celebrating 51 years in the railways this year, Rob is also a proud member of the Victorian Artists Society.

Robin is pictured here within the clock tower at Flinders Street Station, standing between two of the four faces. Located at the end of Elizabeth Street, a clock has stood in this position since 1883, though that first clock was relocated upon construction of the current Flinders Street clock tower, and now sits at Southern Cross station. Each of the four clock faces in the Flinders Street clock tower are 11 feet in diameter, making it the largest clock in Victoria, and the clock itself used to be the master clock for the entire Victorian railway system, transmitting the correct time out to hundreds of railway stations by telegraph signals. 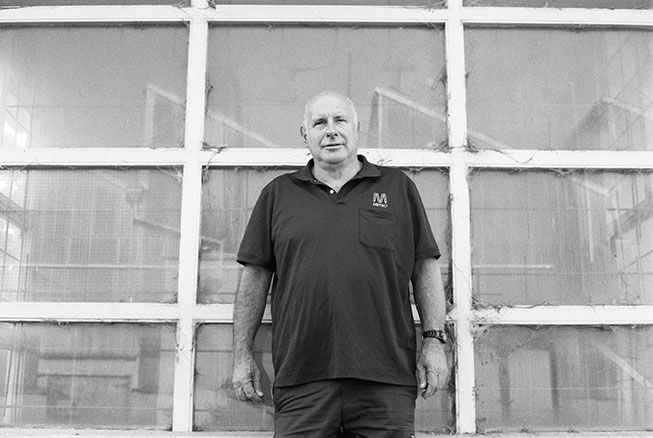 Colin McKee started in the Victorian Railways in 1978, and qualified as a train driver in 1983. Over his 43 years as a driver, he has been based at South Dynon, Wodonga, Jolimont, Carrum, and Sydenham/Watergardens. Having always wanted to be a driver from a young age, Colin has always appreciated his job and taken pride in being a driver, particularly cherishing the memorable moments he had whilst posted at Wodonga.

Colin is pictured here in front of a building within the Newport Rail Yards and Workshops. The rail yards and buildings were completed in 1889, and at the peak of operation it was one of Victoria's largest engineering establishments, with up to 5,000 employees on site. The workshops even had its own cricket ground! During World War 2 the Newport Workshops were temporarily turned over to military production, later to return to rail purposes, and by the late 1980's the original workshops were removed from everyday use. Since that time, the buildings and grounds have been maintained for heritage purposes, and are currently tenanted by Steamrail Victoria, and Diesel Electric Rail Motor Preservation Association Victoria. 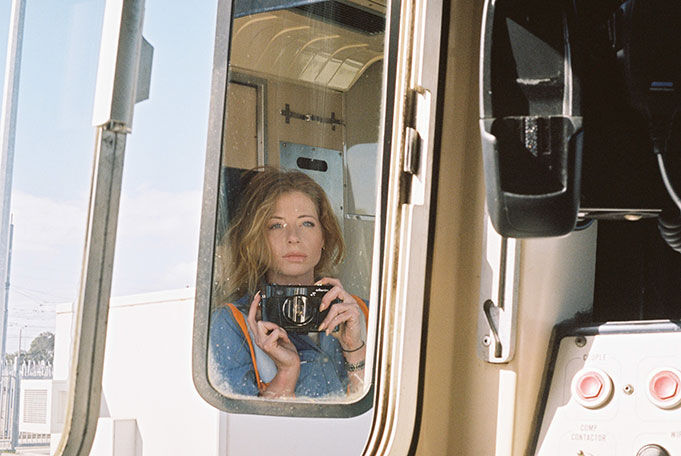 2022
THE ASSOCIATION OF SCULPTORS OF VICTORIA ANNUAL AWARDS EXHIBITION