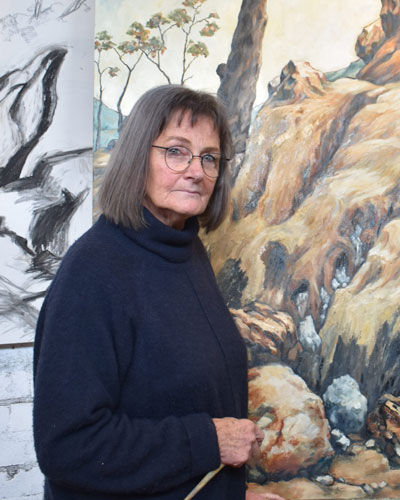 My earliest art memory is of Maurice Utrillo’s painting of ‘Montmartre’ that was opposite my desk in grade six at primary school. That was the year I decided to be an artist. However, having been born in 1948, it was not considered to be a suitable or viable occupation for women, so my formal art education didn’t begin until I was thirty-one. As a ‘mature-age‘ student I completed tertiary studies in painting and printmaking at the Bendigo College of Advanced Education in 1982, where in subsequent years I returned to teach drawing, life drawing and painting. That followed later with an Honours degree in Visual Art at Latrobe University in 2003. In 2007 I completed an artist residency at ‘Fundación Valparaiso’ in Southern Spain.

Over the years I have exhibited in selected group exhibitions in Victoria and interstate and had various solo exhibitions. My oeuvre is figurative oil painting and drawing in ink and charcoal. The imagery has evolved through interior studies, portraiture and more recently landscape in a narrative form.

For the last decade, the focus of my practice has been on the human effect, and the geological evolution of the landscape and environs around central Victoria. This region is characterised by ancient rock forms and littered with the detritus of old quarries, gold mining and farming, all of which provide interesting visual contrasts. I’m particularly attracted to the sculptural qualities of rocks. Some rocks have emerged from their subterranean origins in ludicrous forms and precarious positions. They remain there, hard, weight bearing, inert and defying gravity, giving the impression that they are part of the earth’s skeleton. In some of the areas, however, human elements are not so durable. Deforestation and water sluicing have created ‘canyons’ of rocky pink cliffs and flesh-like folds of clay that are continually changing in appearance.

I am drawn to the dichotomies of impermeability and transience that exist here. My paintings and drawings are not traditional images of the landscape but a representation of its structure and the outcomes of human interference in it. Mostly, I make drawings and photographs on site in areas that interest me then create a narrative from both sources which I paint in the studio. 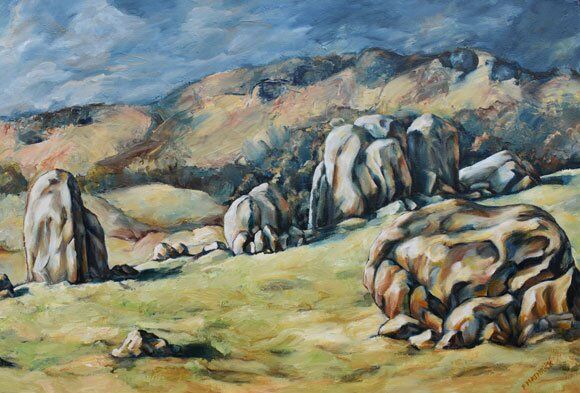 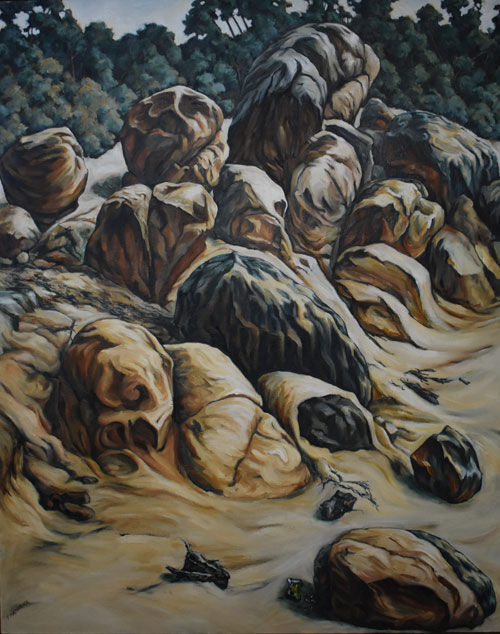 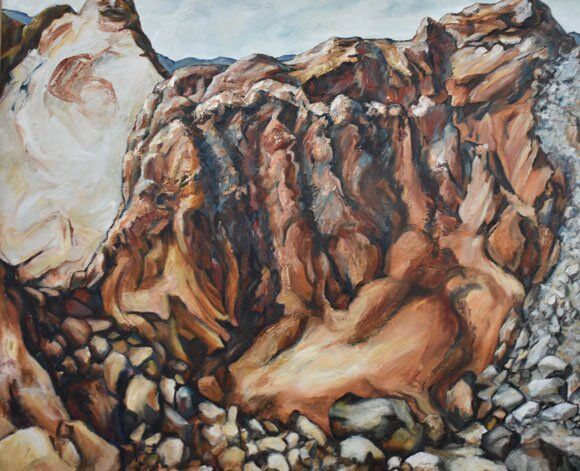 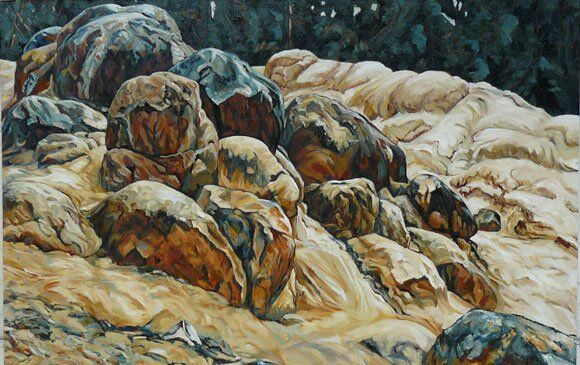 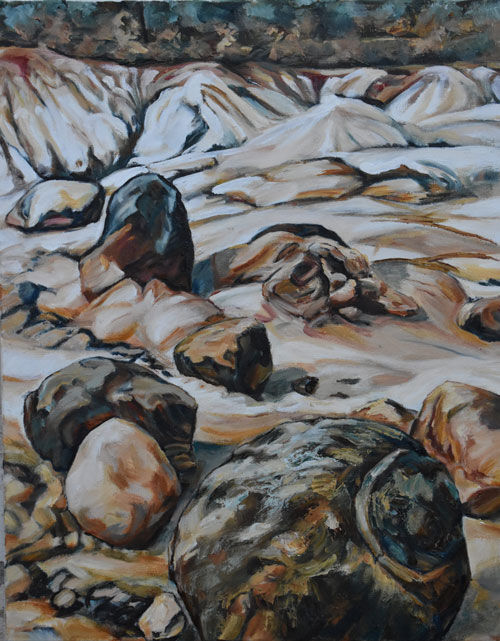 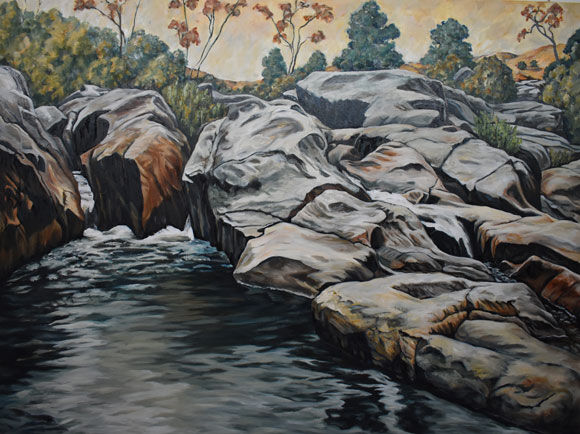 'Flesh and Bone', oil on canvas by Pauline Mathrick 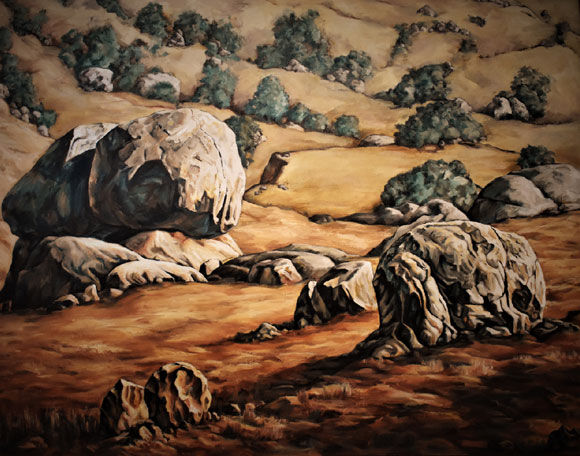 'All of Time,' oil on canvas by Pauline Mathrick 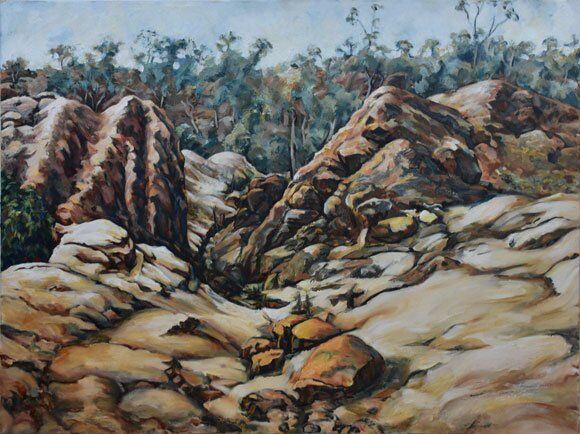 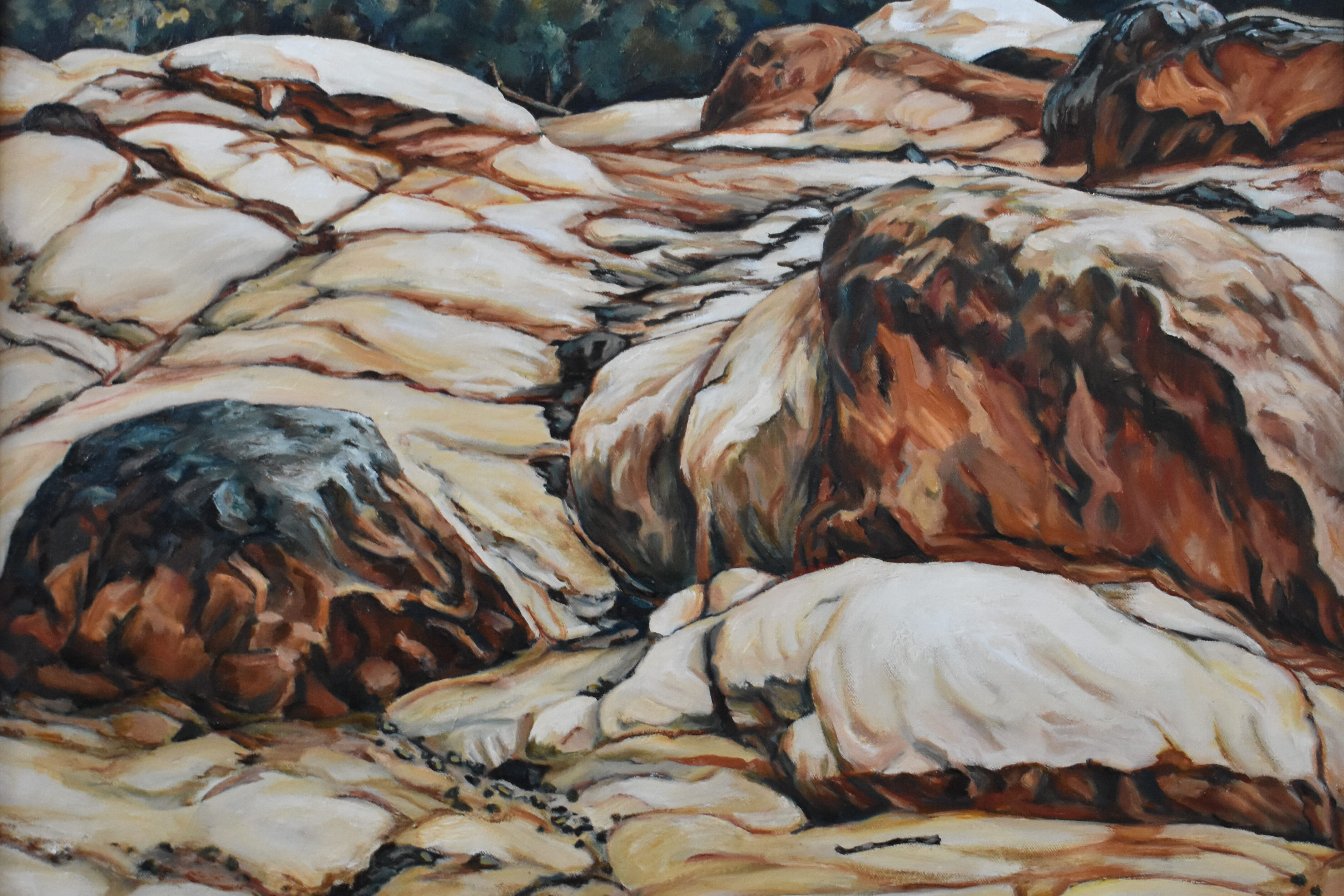