From an early age encouragement from my father, a former student at the National Art Gallery School, instilled in me a love of drawing. It appeared a pencil was a permanent extension of my left hand, it was something I loved.  On leaving school, work was obtained in the office of Daniel Condon & Co Solicitors then with Legal & General.

Two years later marriage, followed by three children under six years, life was busy.  The only art related effort was that of a large mosaic called Mexican Siesta and was a proud addition to the sunroom.  With the children at school I returned to work in the office of CPC Auto Components for two and a half years.  During this time I enrolled in an evening Council of Adult Education art course under the tuition of Richard Ward.

In 1980 a move to rural Seymour gave me the opportunity to paint more often. Tuition from artists Betty Parsons then Pat Shannon of CAE Melbourne aided my development.  Work was exhibited at Artisans Gallery Nagambie and various rural art shows. During this time a surprise gift from my father was membership to the Victorian Artists Society.

On return to Melbourne in 1985 I enrolled in classes at the VAS with pastel tutor Ming McKay and was ‘over the moon’ to be in Melbourne exhibiting in the company of other artists. Tuition from David Taylor and Margaret Cowling followed at the VAS. During this early period I exhibited many works as it was necessary to cover the expenditure that comes with painting.  Works were shown in VAS Select Exhibitions, Rotary Art Shows, and Commercial Galleries; Parkville, AMP, Artistic Touch, Mt Alexander, Custom House, Spectrum, and with interior design business Brighter Homes.

I joined the VAS Friday Life Group and enjoyed both portrait and life sessions for approximately 15 years.  Group member artist Margaret Lourey was keen to see the pastel medium recognised more widely.   Along with approximately 12 other dedicated pastel artists I attended a meeting in the Cato Gallery where we individually voiced our interest in the pastel medium.  In 1986 the Pastel Society of Victoria was formed with foundation members celebrating at a General Meeting held at the VAS headed by founding President Margaret Lourey and Patron Ming MacKay.  It was an interesting time serving on the committee in those early years.

In 2001 I became a member of the Melbourne Society of Women Painters & Sculptors, and a Committee Member in 2004.  At a 2006 General Meeting a call for Secretary was made.  There were no ‘takers.’ Judith Perrey Setford, great artist and friend took my hand to sign the nomination form….I was ‘it’. There was much work, in particular leading up to the 2009 celebrations of the 100th Annual Exhibition, but it was great experience.

In 2011 a booking was made for an exhibition of my works to be held at Cambridge Gallery Collingwood the following year but on 13/1/12  I was diagnosed with early stage Breast Cancer. The exhibition was cancelled as I underwent two operations, followed by Chemotherapy and Radiation therapy.  Painting was very therapeutic during this somewhat intense personal time and I am grateful to the medical team for my recovery.

Painting continues to be a very important part of my life. The challenge of creating and expressing myself through art gives me much pleasure and I am delighted to see the artistic gene surfacing in the younger generations of my extended family. 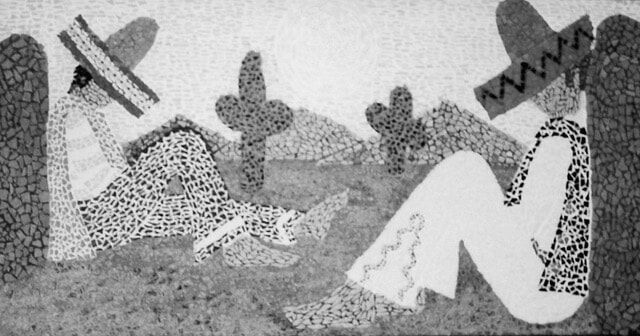 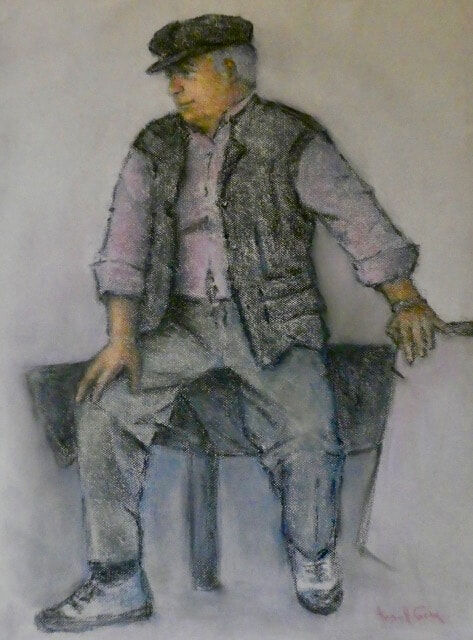 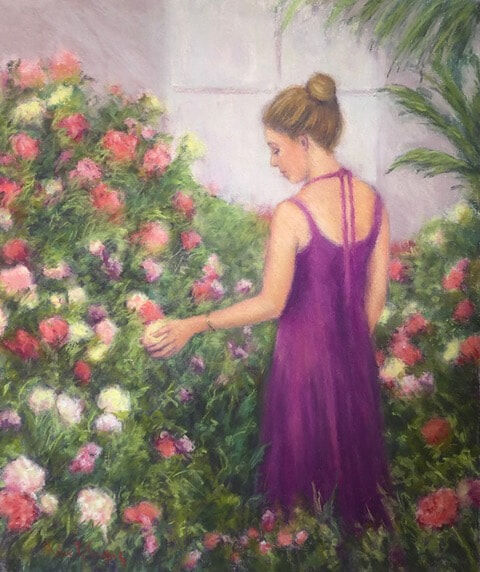 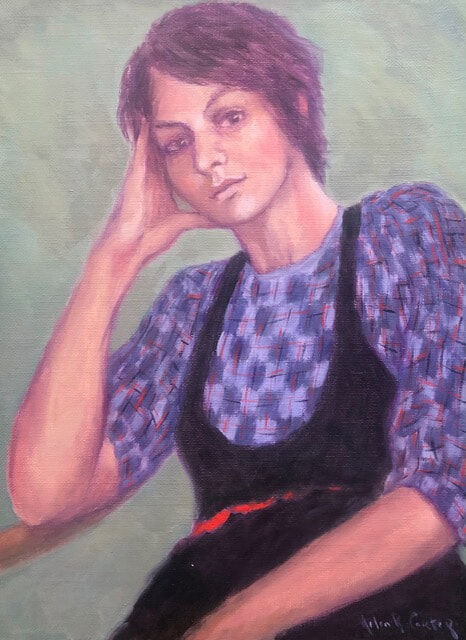 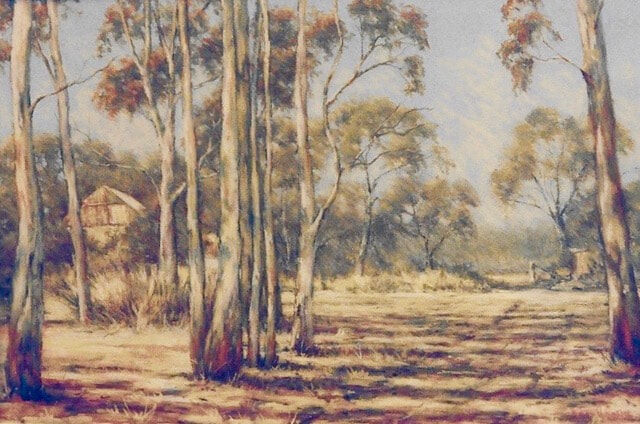 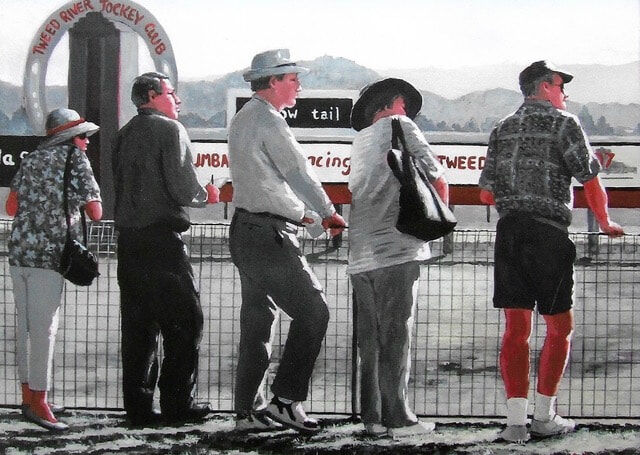 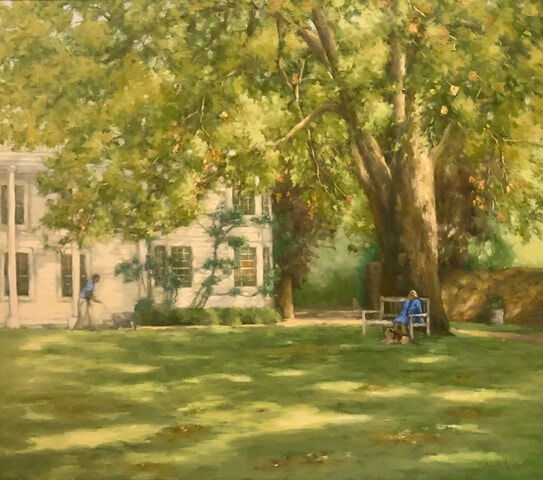