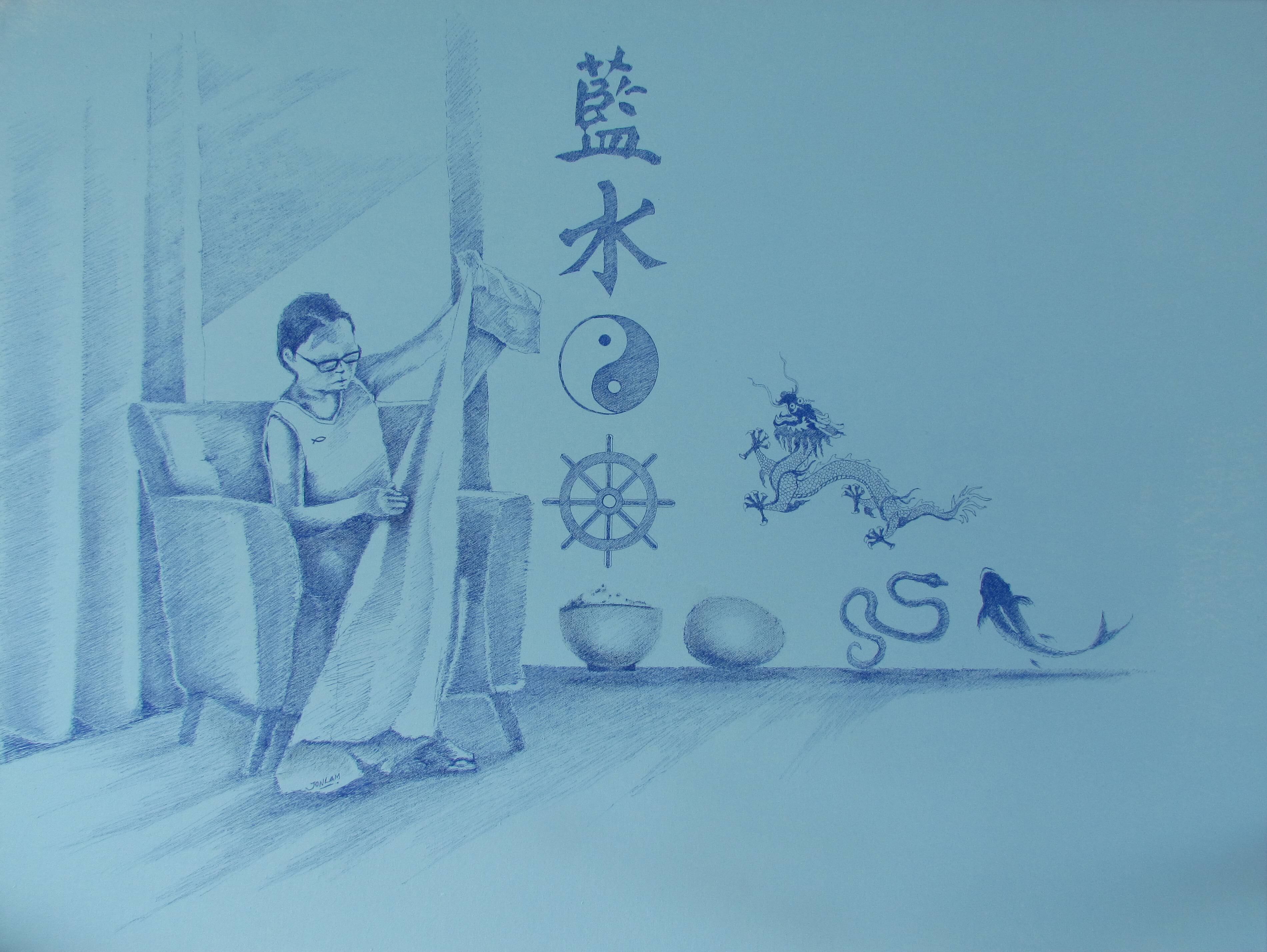 Enquiry
Artist:
Jon Lam
This artwork is part of: VAS George Hicks Foundation Contemporary Exhibition 2021
View Exhibition
The sitter in my piece is my sister Joocy Lam who wholly embodies the piece’s title through her charity work. Growing up in we were raised in cross cultural environments, and this contributed to our shared interest in human consciousness and practices. In most Asian culture, the self is insignificant. Hence, Joocy is not placed prominently on the canvas but is dwarfed by symbols of greater consciousness. The Chinese characters literally mean blue water. Blue is our family name and has significance in Chinese Art. The second character is water but is also used as a symbol for Confucianism. The fish on her blouse represents Christianity but in Chinese mythology, the dragon evolved from a fish. I hope this work generates more questions than answers.
Shipping Information