Ann Ravenshield first picked up a pencil and copied the stylised spiralling doodles and old English "s" forms she observed her father drawing whilst he was on the phone. However she could never get the "s" shape right, so she swapped hands and succeeded with her left hand to get the "s" form correct. This was a big achievement and life changing, as she was about to discover that being left handed was heavily frowned upon and attracted punitive action from numerous quarters.

From her earlier experiences as a toddler living and crawling about in the Australian bush, visiting her grandmother who was an avid gardener and watching her father draw fantasy flowers, she had already gained a desire to draw flowers and being left handed made things so much easier. Porridge tasted better too. She received further inspiration on her 7th birthday, when gifted the book Guide to Australian Wildflowers by Michael Morecombe. Ann used to get lost in the reverie of copying some of the illustrations from that book, which introduced and fostered her love of detailed art.

Art was Ann's passion at school, a subject she took until her VCE, much to parental chagrin that she would never become a doctor or a lawyer. Ann's first oil painting was done in 1982, which contributed to her passing her final year with flying colours. The work was very finely painted and took about 6 months to complete. It was stolen twice: the first time it was possible to get it back, not so the second time. One day a recreation of that piece may be done for the fun of it.

Ann completed her Bachelor of Education (Arts &amp; Crafts) at Melbourne University in 1986, with Majors in Painting (under Claire Day and Terry Batt) and Studies in Eastern Arts and Culture (under Alan Day) and Minored in Jewellery Making (under Howard Tozer)

Ann travelled to Europe in the mid eighties, visiting the major galleries in Paris, Rome and Spain, however focussed most at the Prado, sitting transfixed in front of the Garden of Earthly Delights for three days. After coming back to Australia and setting up her oil painting studio in the heart of Brunswick Street, Ann started exhibiting in the local art scene, making her debut at ROAR Studios in a two person show, funded by a modest inheritance from her paternal grandfather. Ann wished to apply his gift to fund her first art exhibition out of respect to him and as a way of honouring his life. Two of her paintings from that exhibition, From Chimaera to Essence, were selected as props for the film, Rikky and Pete, an Australian comedy, which successfully made it into the London Film Festival. Ann's works were well featured in the gallery scene.

Around this time Ann met Ian Sime at a 1988 exhibition opening, From Fantasy to Form, where she was invited to exhibit alongside Ian, Wes Penberthy and others. Ann went on to be mentored by Ian in the final year before his passing during which time she learned one on one his mixed media techniques and the realities of making one's way in this world as an artist. Ian taught Ann about diversifying one's artistic practice and it was likely due to his positive influence that Ann finally got to implement some of his strategies decades later.

Whilst exhibiting where ever she could find a place to show her work, Ann taught jewellery making, painting, woodwork and graphic illustration for a few years around the late eighties/early nineties in the secondary school sector, before the school closed due to merging with a larger school in the district which left Ann free to explore the realites and challenges of life as a freelance artist.

Ann exhibited her work in both group and solo exhibitions in Melbourne and internationally, before leaving oil painting due to apparent sensitivites to solvents. One of the important influences from Ian, her early mentor was examining the role of the subconscious mind in the creative process.

After much contemplation about returning to oil painting, Ann started a serious collection of oil painting materials and studio equipment and set about overcoming this previously significant oil painting road block. Ann finally returned to oil painting in 2020 - 21, making a start by taking classes with Nic Chen and Gregory R Smith at the VAS as well as a number of tutors from other schools, in order to gain a broad view of oil painting techniques whilst reacquainting herself with the medium.

Ann re-established her oil painting studio mid 2021, painting still life subjects and developing what is becoming known as her signature style mixed media finishing technique, an idea germinated after her first Reiki Mastery attunement back in 2006. The mixed media finishing technique, an identifier of Ann's recent works, removes the need for additional framing of the paintings featuring this unique application.

To stay positive amidst the considerable interruptions to oil painting classes and set backs to exhibitions caused by the Covid situation over the past two years, which was made more bearable with the help of her amazing partner of 20+ years, Ann also launched her own website in 2021.

Due to the fact that drying time extends the time invested into oil painting quite considerably, Ann has made some of her acrylic paintings available for the first time in many years and has received some early success. The acrylic paintings Ann entered into large group shows in 2021 and 2022 were featured on the Brunswick Street Gallery's Instagram page. In a way, Ann wished to have her first exhibitions in her old stamping grounds to reconnect with her independent artistic roots. A small number of Ann's still life acrylic paintings have already sold.

***Please note that as an animal lover Ann takes the issue of wildlife safety very seriously. Where animal prints are featured in Ann's painted works, the prints are either sourced online via purchased images which are copyright free, or found in fabric stores and used as reference material. The downloaded image/fabric is used to construct the still life set up, which enables Ann to paint direct from life. Therefore no animals are harmed in the creation of Ann's art works.*** 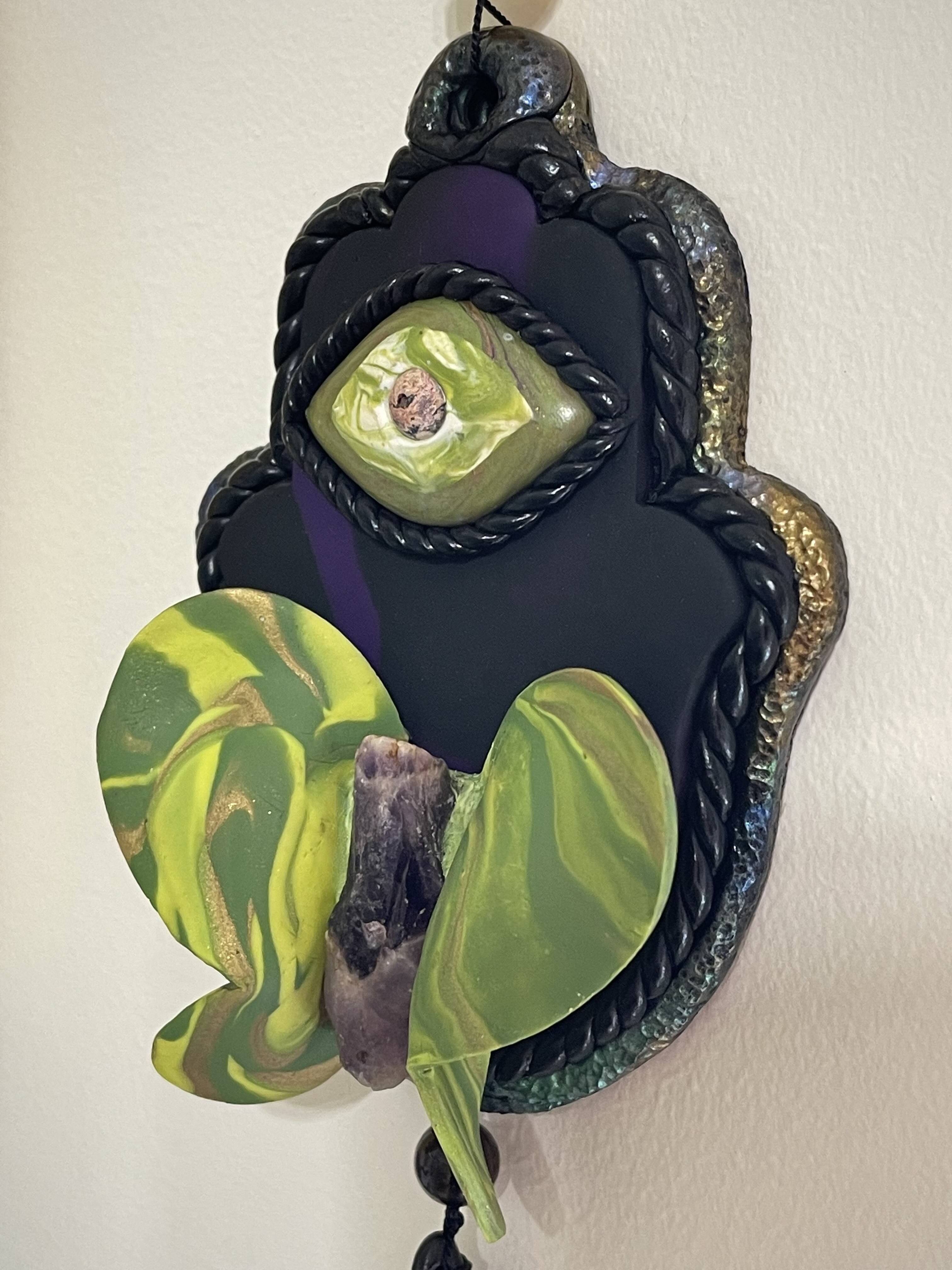